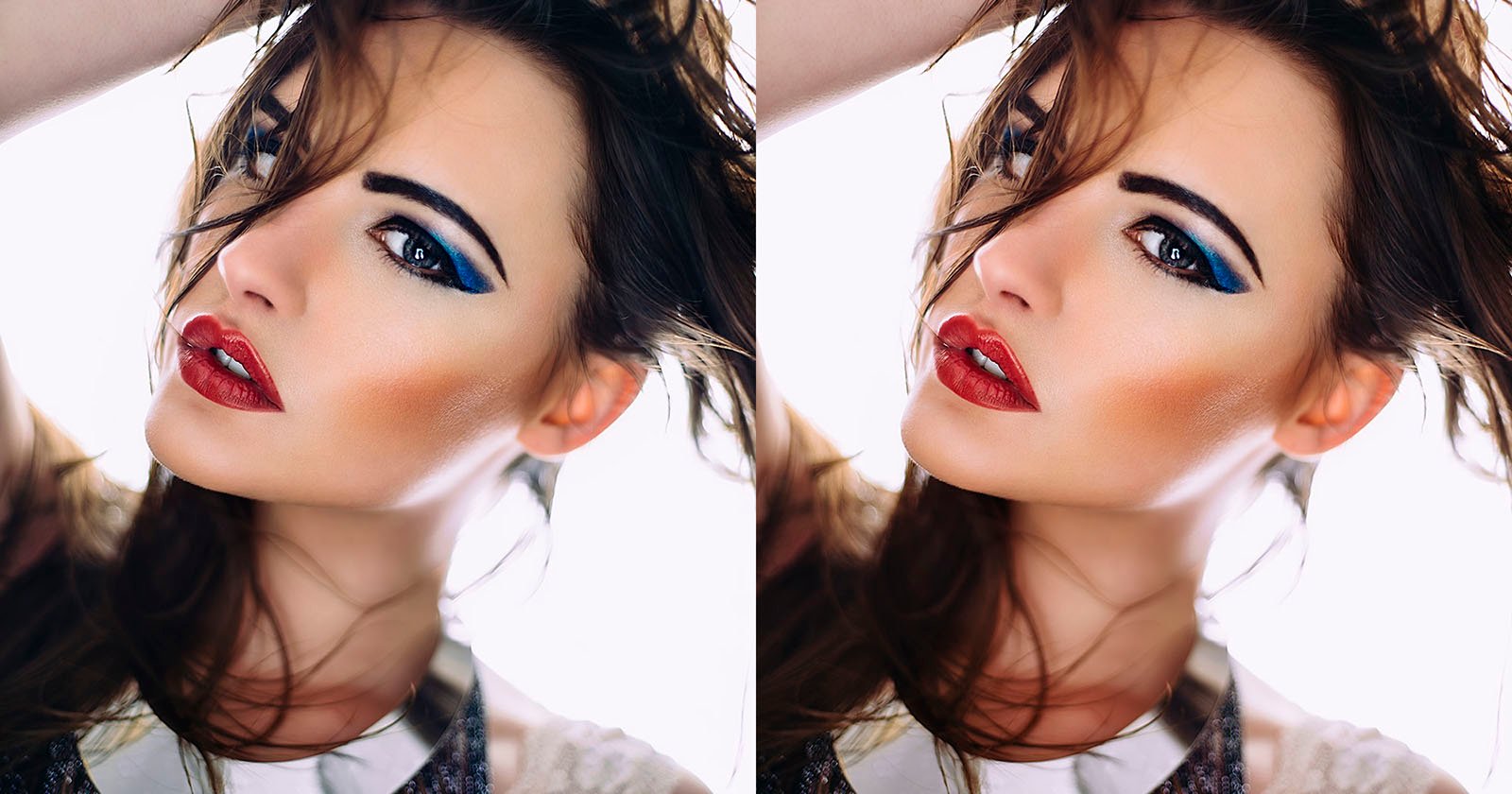 A lot of the time when we’re shooting with flash photography in a big white studio, our portrait images can appear a little stark or cold. This quick fix in Photoshop takes less than two minutes to do but can add a lot of warmth and life back to our models skin.

It is up to you when you apply this effect, but seeing as it is such a global transformation, I tend to apply it near the end of an edit.

Start off by adding a new Curves Adjustment Layer.

Next we want to adjust that Curve so we’ll open up the Curve Adjustment window and select the Red Channel from the drop down menu. Simply drag a point up from the center of the red curve, this will be different for every image but as a guide mine had an Input of 122 and an Output of 133.

Next we need to adjust the Blue Curve. Click on the RGB drop down menu again and this time select the Blue Curve. This time we want to select the center of that curve and pull the Curve down. For reference mine had an Input of 131 and an Output of 122.

At the moment those color adjustments are affecting the whole image but ideally we only want them to appear in the darker, shadow areas of the shot to make the effect more believable.

We need to mask the color to do this so go to Image -> Apply Image.

Note: It’s worth pointing out that your Adjustment Curve Mask must be selected before the Apply Image will work.

You can now toggle the effect on and off via the layers panel to see the difference. You can of course go back into the Curves and tweak the red and blue channels if necessary or simply reduce the opacity of the Curve Adjustment layer to your liking. Either way you should see that you’ve warmed the skin tones to give a natural glow.

You can by all means stop here but I personally like to add a little contrast back into the shot with color and I do that by now cooling down the highlights. This effect isn’t as dramatic but it compliments what you’ve done to the shadows already so I personally feel it’s worth doing.

Again we want to go into the Curve and select the Red Curve from the drop down.

This Highlights Curve is even more subtle than the Shadow Curve so the adjustments tend to be even smaller than before. This time though I am looking to cool down the highlights so I am dragging the Red Curve down slightly. My Input was 127 and my Output 123.

Now go into the Blue Curve and make another adjustment, again though we want the opposite effect to the Shadows so this time we pull the Blue Curve up slightly. My Input value was 122 and output 127.

Now all we need to do is mask those adjustments to the Highlights only.

When the dialogue window opens this time you’ll want to make sure the Invert box is NOT ticked. Again you should also see that the black and white mask preview on the Adjustment Layer is not Inverted.

That is it, you’re done.

Here’s a before and after comparison: 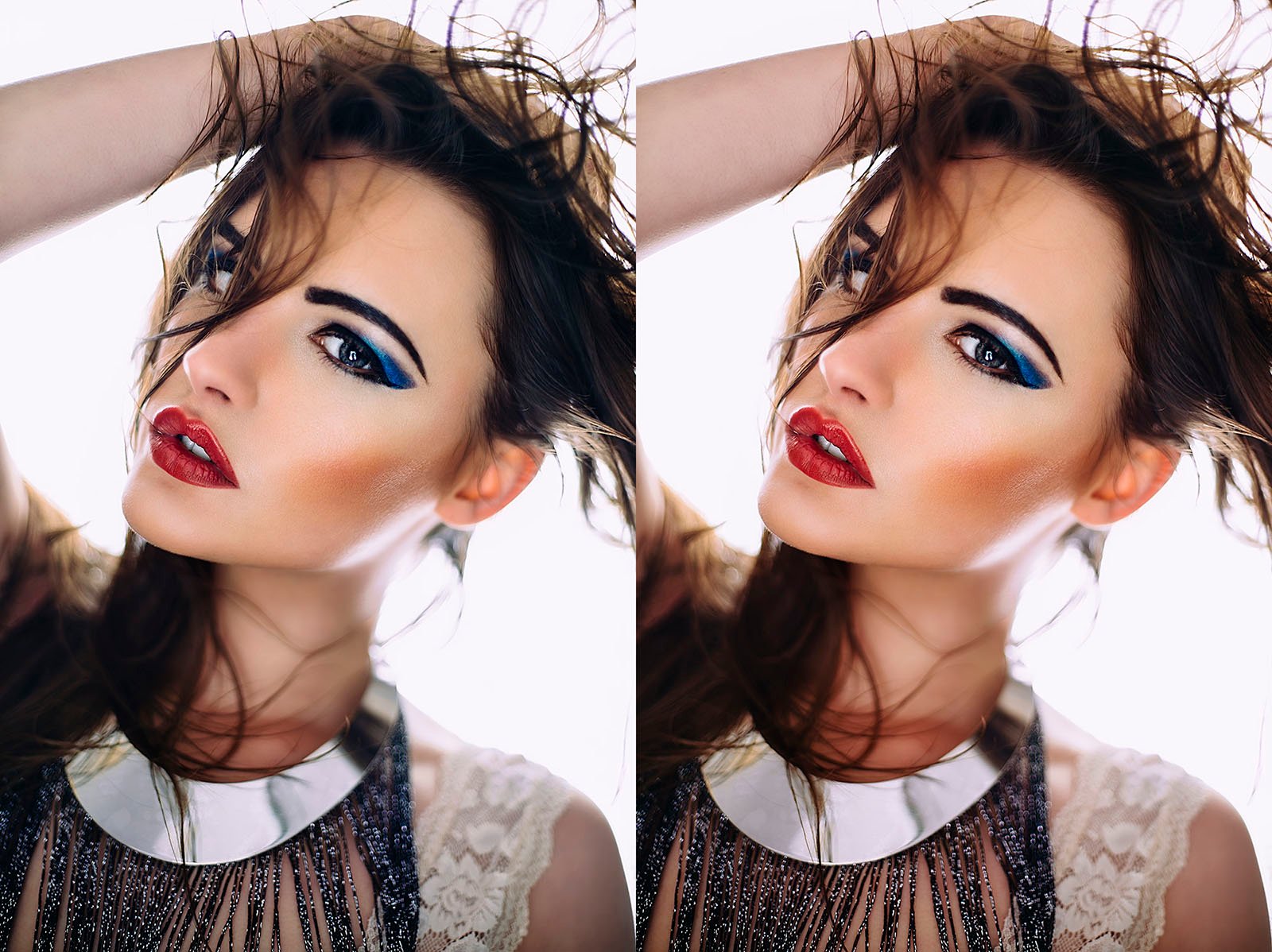 When I explain it in a step by step process like this it seems long-winded, but it really isn’t. This whole process literally takes less than two minutes to do and it’s super simple and effective once you’ve done it a few times.

This is one of those subtle effects in Photoshop that may not seem to create much of an impact on first impression, but I urge you to give it a try. Photoshop and high-end retouching in my opinion is all about lots of subtle effects adding up to create a seemingly un-retouched image. If your client looks at the image and doesn’t immediately think they’ve been retouched (when in reality they have) then you’ve done your job well.

P.S. If you enjoyed this article, you may be interested in learning from one of my workshops. I also release new photography related tips and techniques every week so if you’d like to be kept updated on them all in my monthly newsletter then please feel free to get yourself signed up.

About the author: Jake Hicks is an editorial and fashion photographer based in Reading, UK. He specializes in keeping the skill in the camera and not just on the screen. You can find more of his work and writing on his website, Facebook, 500px, Instagram, Twitter, and Flickr. This article was also published here.