University photographers get sent on all sorts of different assignments, as anything the university does will need pictures. Photographer Zack Berlat was recently lucky enough to end up face to face with basketball legend John Stockton.

In the 4.5-minute video above, Berlat tells the story of how he managed to shoot a portrait of one of his heroes.

During the West Coast Conference Hall of Honor event on March 4th 2017, in Las Vegas, Berlat was shooting for Gonzaga University. He’d heard John Stockton was going to be there, and was unsurprisingly keen to capture a portrait of the university’s legendary alumni.

With some pretty nifty intuition and planning, Berlat knew that Stockton’s time would be very limited (should he even get the chance to speak to him, let alone photograph him). So by setting up a pop-up studio in the hotel hallway, Berlat was sure that he’d be totally ready to snap a few frames should the opportunity arise. 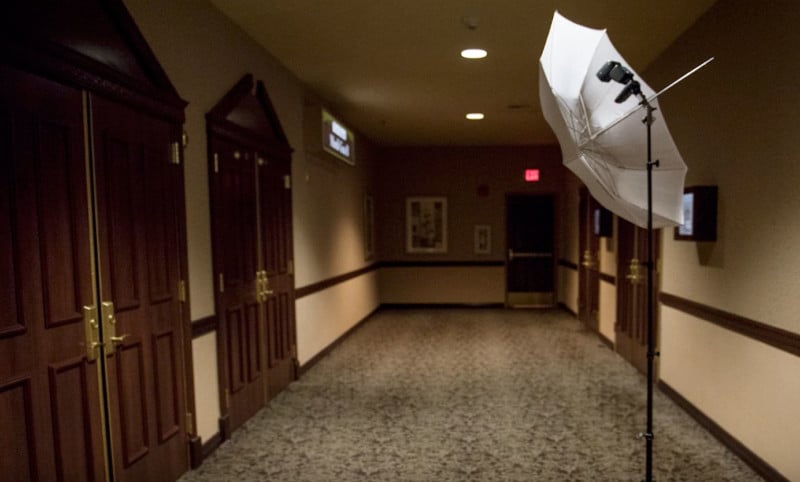 By keeping the flash close to the subject, Berlat left the background in darkness to avoid capturing the ugly hotel surroundings on camera.

After hovering around for 25 minutes, he nervously approached Stockton and asked for the chance to take his picture. Luckily for Berlat, the basketball icon agreed.

(via Zack Berlat via FStoppers)