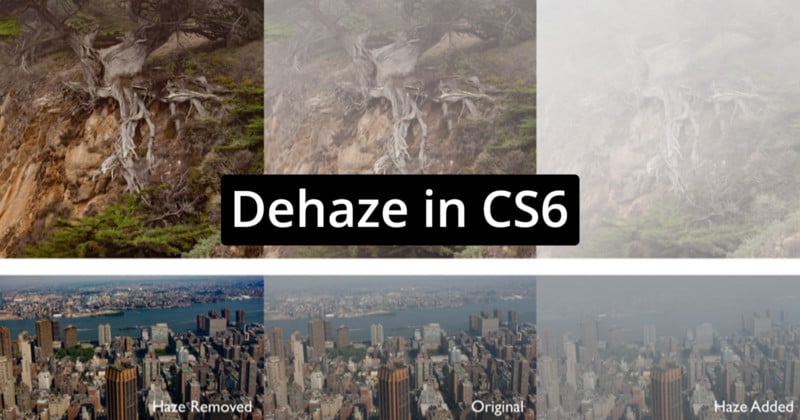 Photoshop CS6 lacks the powerful Dehaze feature Adobe released in 2015 and the program no longer gets updates, but for those unwilling to switch to Adobe’s subscription model it’s the latest version available. If you’re on CS6 and you want Dehaze, there’s actually a way: these free presets from Dave Cross will “fool” Camera Raw into applying Dehaze in CS6.

Dehaze is an impressive fog- and haze-eliminating feature that Adobe released to Creative Cloud users back in 2015. Whilst the feature is not visible in CS6, it is still available and can be applied natively by using the presets that Cross has created.

The presets run in increment of 5 from -100 (which adds haze) to +100. Applying the preset will have the same effect as moving the Dehaze slider in Adobe Camera Raw or Lightroom. 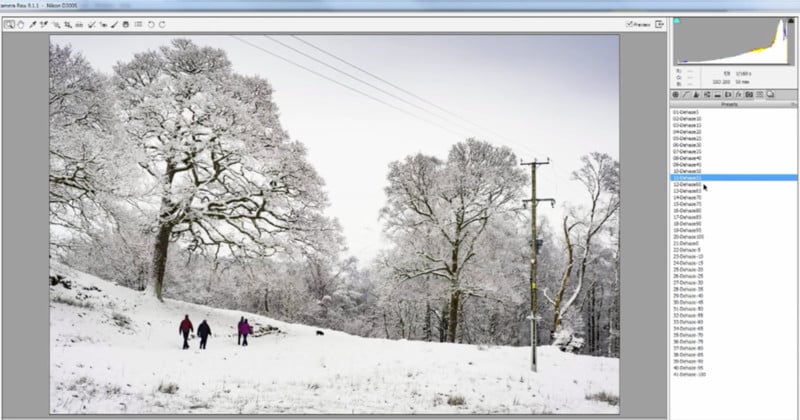 To install them, you need to first download them from Cross’s website. The button to access them says “Enroll in Course for $5”, but that wording is just due to a limitation with Cross’s website, as he usually sells training courses. You’ll have to enter your email address and then use the code “freepresets” to get the presets for free.

To install the presets, quit Photoshop and Camera Raw and copy the unzipped presets to:

Now open a Raw file in Camera Raw and you’ll see the list of presets under the Presets tab. Simply click to apply.

Note that Cross isn’t offering support for these presets, as he’s just offering them for free to the community. Hopefully they will help extend the life of CS6 for those of you with ‘Dehaze Envy’.

(via Dave Cross via DIYP)