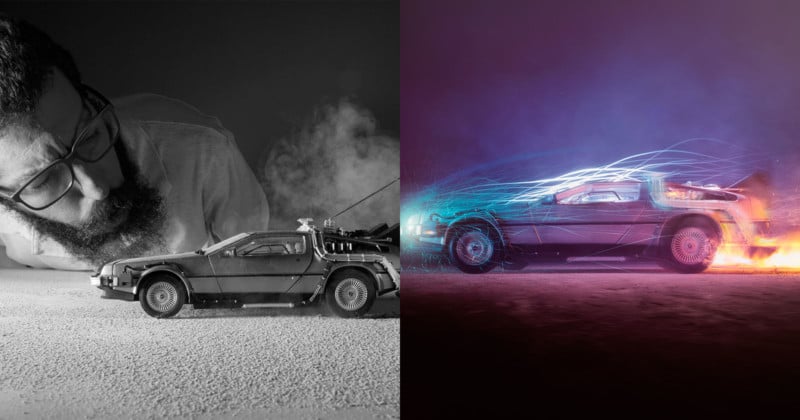 Photographer Felix Hernandez just shot a series of car photos featuring the time-traveling DeLorean from the Back to the Future film series. Instead of using a real car and Photoshop, he decided to get small and practical: he used a tiny toy car, a studio tabletop, fire, and light painting.

The shoot was part of a series Hernandez is doing titled “Famous Movie Cars.” It’s “a tribute to my childhood to all those cars of TV series and movies that make me happy in my youth,” the photographer says.

Hernandez got his hands on a 1/18th-scale collectors DeLorean and used creative techniques to add steam/smoke, fire trails, sparks, and light.

After shooting different elements in-camera, he combined multiple frames, added flares, and did color grading in Photoshop. Here are the photos he managed to create: 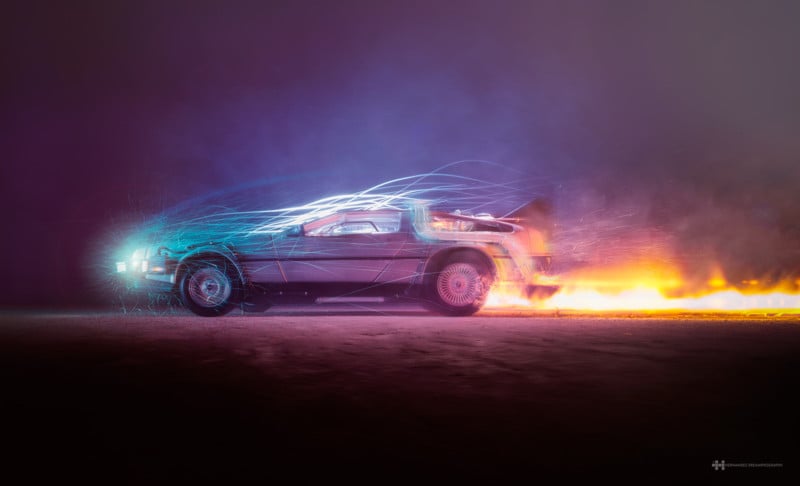 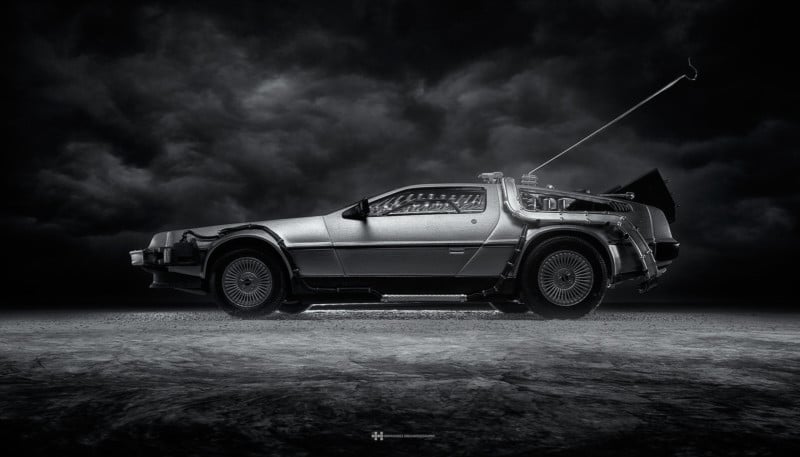 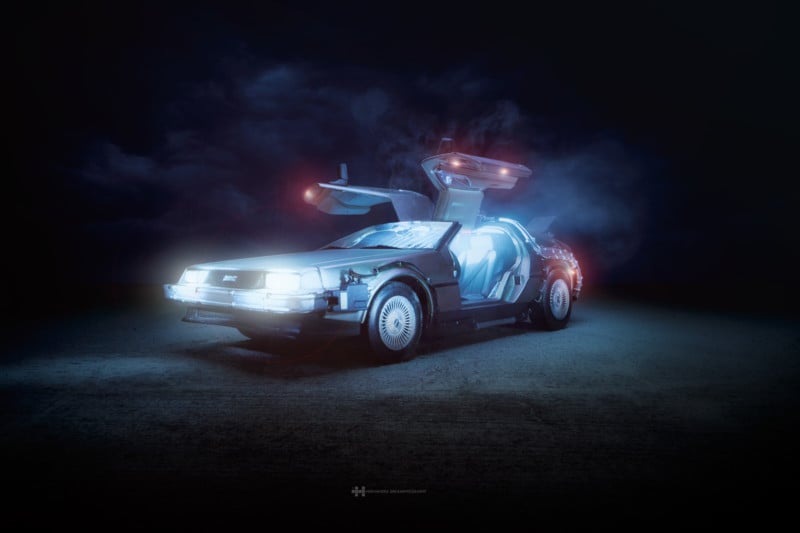 You can see how Hernandez created the images in this 2-minute behind-the-scenes video:

You can find more of Hernandez’s work on his website, Facebook, Behance, and YouTube. We’ve also covered a number of Hernandez’s previous miniature tabletop photo shoots.