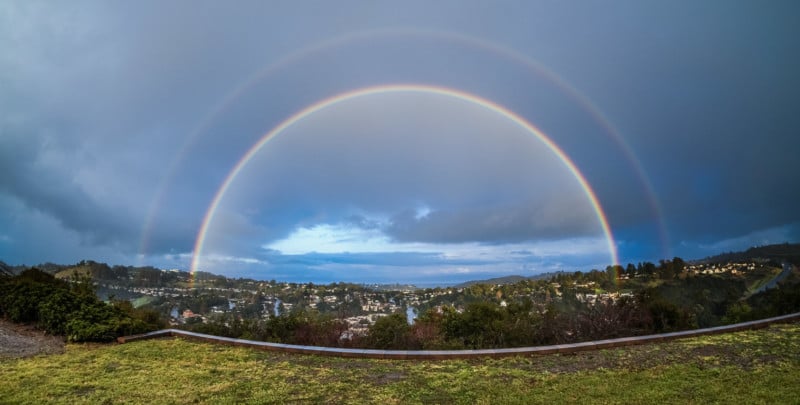 Just before sunset a few days ago, a gorgeous double rainbow appeared over the San Francisco Bay. I happened to have a fisheye lens attached to my camera, so I ran outside and snapped the shot above.

The rainbow stuck around for a few minutes, so I had time to shoot using a few different setups.

There are many articles out there with tips about how to photograph rainbows; there’s nothing I can write about technique that hasn’t been covered, but I wanted to show what you can expect to get using a few different wide lenses.

What was surprising is that a 16mm lens on a full-frame camera (10mm on APS-C; 8mm on Micro Four Thirds) is not wide enough to capture a full double rainbow. I didn’t have time to try a 12mm or 14mm lens, but I did shoot using a 16mm full-frame fisheye lens on the full-frame Sony a7R II, and a Rokinon 8mm II fisheye lens on a Sony a6500. You’ll notice that an iPhone (or other current smartphone) has no chance of capturing a full rainbow in a single shot, although sweeping a pano works well. 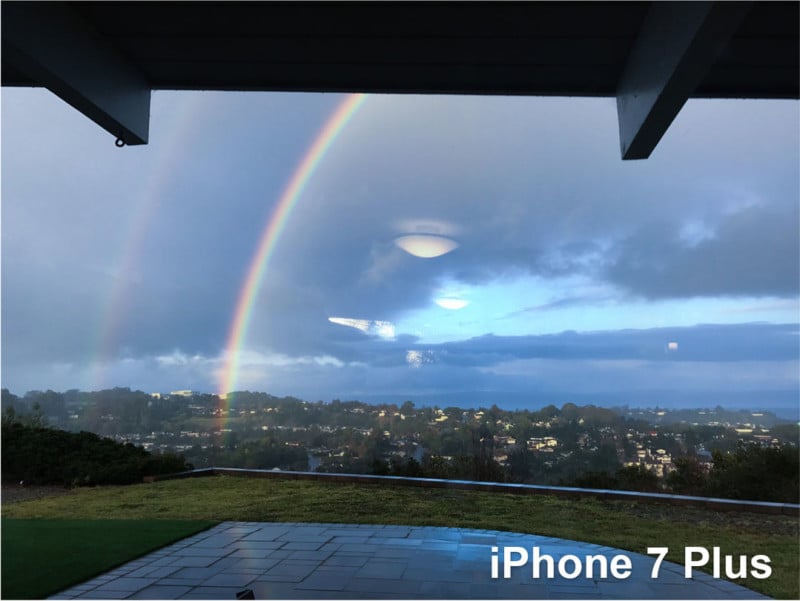 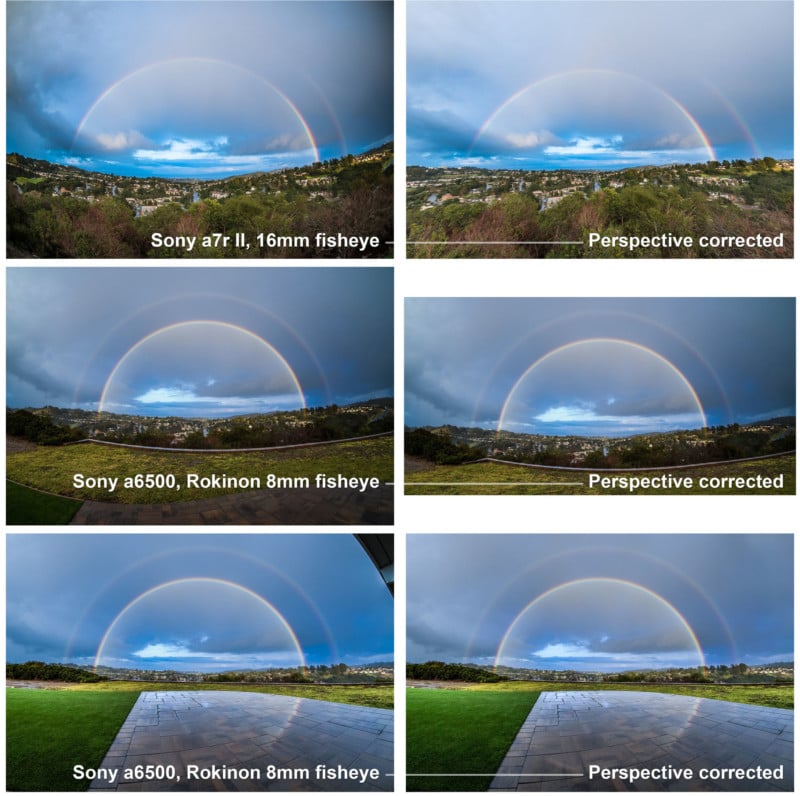 About the author: Eric Cheng is an award-winning photographer, technologist, drone expert, and author based in San Francisco, California. He has served as Director of Aerial Imaging at DJI and Director or Photography at Lytro. He currently serves as Facebook’s Head of Immersive Media. You can learn more about him, see his work, and connect with him through his website, Facebook, Instagram, and Twitter. This article was also published here.