Photographer Benjamin Von Wong gave this inspiring 20-minute talk at the e.g. conference this year about his personal journey from being a mining engineer, to a well-known photographer behind several viral hits, to a “wannabe environmentalist.”

Von Wong says that after a breakup earlier in his life, he looked to the heavens and decided to pick up a camera and try his hand at taking pictures of the stars. From there, as he grew as a photographer, he used trial and error to figure out how to make photos go viral online.

A number of his works have gotten a huge amount of attention over the past couple of years, including underwater shots of a model at a shipwreck, a Disney-themed shoot in the world’s largest monastery library, portraits of superheroes at the edge of a tall skyscraper, underwater portraits of a shark shepherd, and a series of unusual stormchasing portraits. 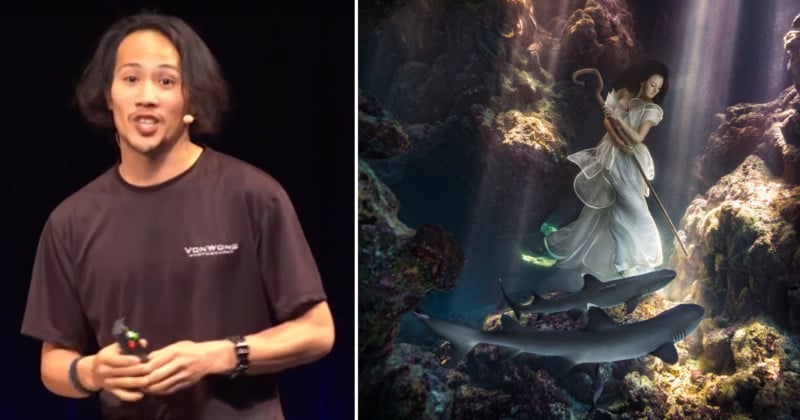 From tackling a diverse range of subjects and issues, Von Wong found that he was drawn to using his skills and knowledge to address environmental issues. He’s now taking a year off his normal work to tackle as many surreal environmental projects as he can, and he’s inviting anyone who wants to collaborate to get in touch with him.