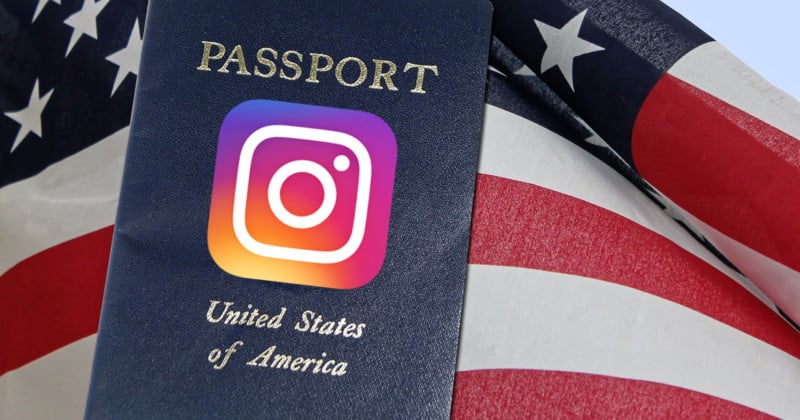 The U.S. government is now asking certain foreign travelers about their social media accounts prior to entering the country. Among the various services listed in the new “optional” section is Instagram.

The new social media info request is found in the Electronic System for Travel Authorization (ESTA) form that’s part of the U.S. Visa Waiver Program, which allows citizens of 38 countries to visit the U.S. for 90 days without a visa.

This addition to the form was first proposed by the U.S. Customs and Border Protection (CBP) back in June 2016. It reads, “Please enter information associated with your online presence,” and a drop-down menu and text box allows applicants to select a social media service (e.g. Instagram) and enter in their username.

The goal of this change is to identify potential terrorist threats. CBP wrote back in June that, “Collecting social media data will enhance the existing investigative process and provide DHS greater clarity and visibility to possible nefarious activity and connections.”

But the proposal was immediately met with criticism and protest when it made. A large coalition of rights groups, including the American Civil Liberties Union, published an open letter back in August 2016 to share their “significant concerns.”

“This inquiry goes far beyond the customary visa-waiver application questions regarding a person’s name, address, criminal background, health status, and duration of stay,” the letter states. “A person’s online identifiers are gateways into an enormous amount of their online expression and associations, which can reflect highly sensitive information about that person’s opinions, beliefs, identity, and community.”

The letter also warns that discrimination could “fall hardest on Arab and Muslim communities, whose usernames, posts, contacts and social networks will be exposed to intense scrutiny.”

“The choice to hand over this information is technically voluntary,” Nathan White of Access Now tells Politico. “But the process to enter the U.S. is confusing, and it’s likely that most visitors will fill out the card completely rather than risk additional questions from intimidating, uniformed officers.”

Despite the push-back from various groups, the U.S. government quietly rolled out the social media field last week, so now select travelers will need to weigh whether not they want to fill out the “optional” field when applying to enter the States.