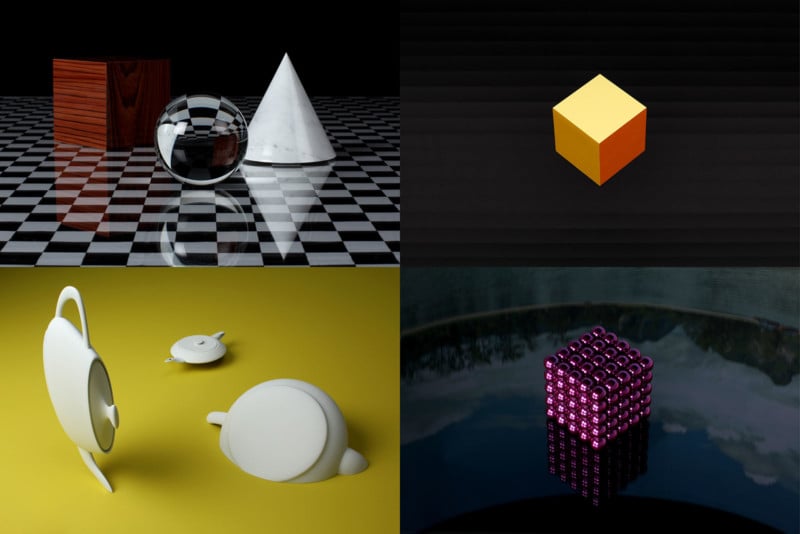 The Norwegian design studio Skrekkøgle recently decided to experiment with that idea. They shot a series of photographs that look just like computer renderings demonstrating 3D graphics.

Here are the 4 photos in the project, which is titled “Still File,” with each image followed by a behind-the-scenes look that reveals how the shot was created: 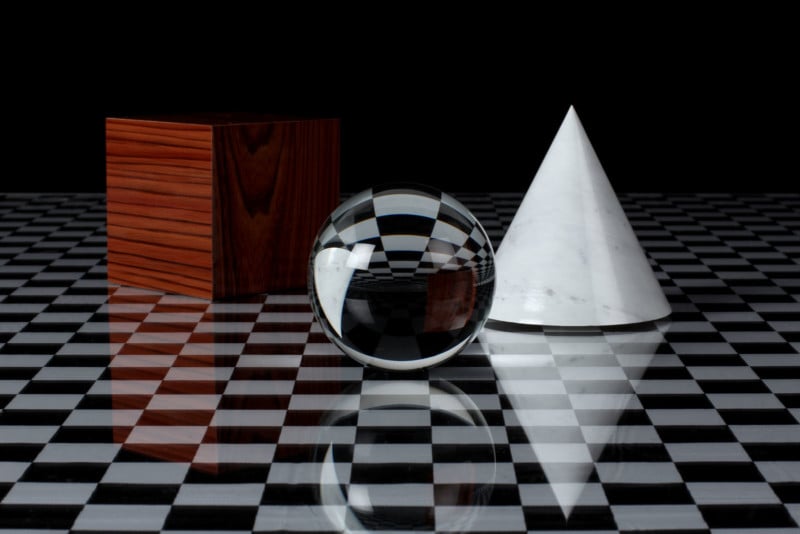 The team placed a cube, sphere, and cone made of mahogany wood, clear glass, and white marble on a reflective checkers plane. 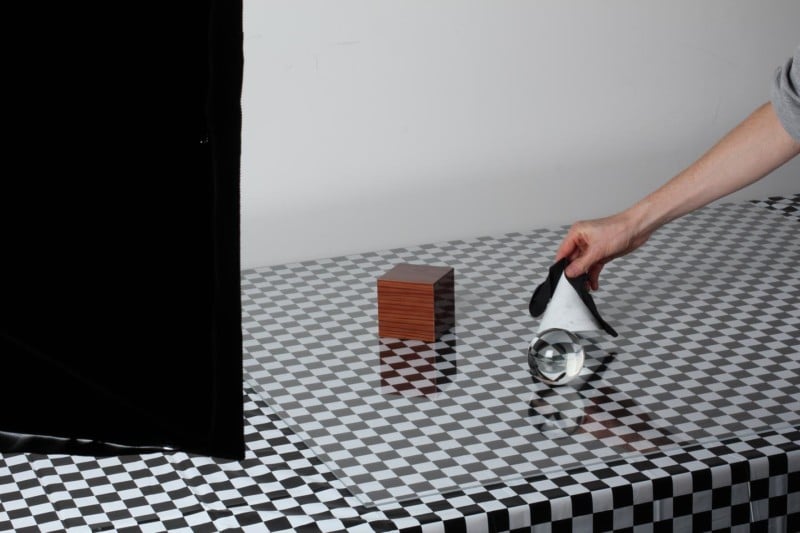 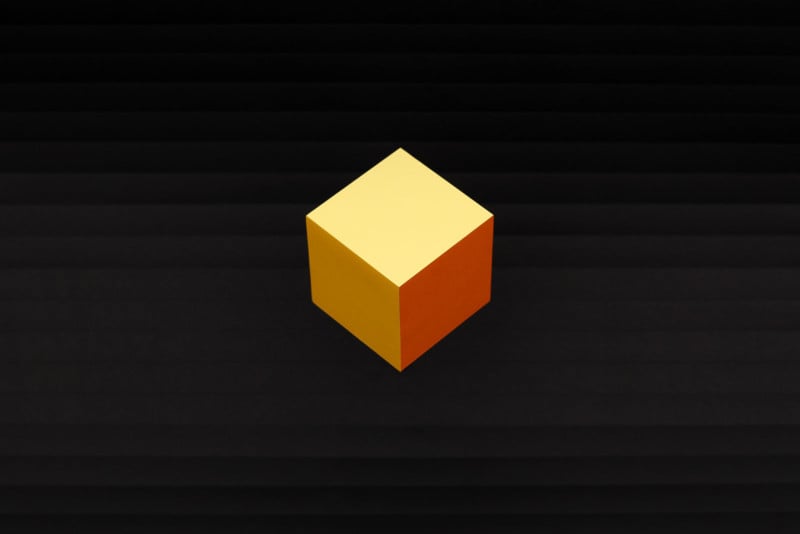 A colored cube was placed on a metal stand in front of a low resolution grayscale background for gradient banding: 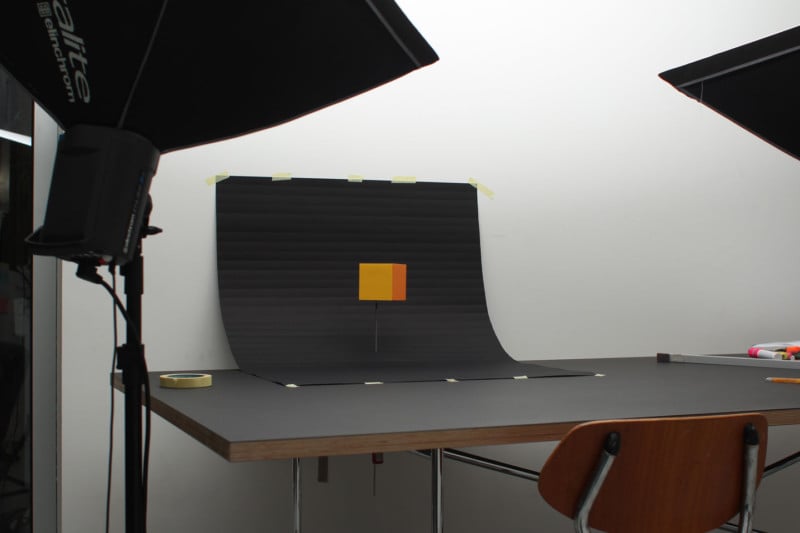 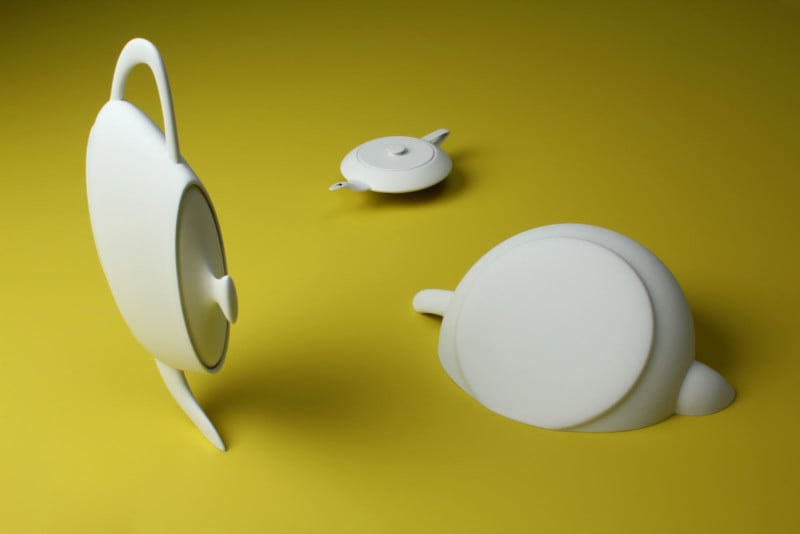 3D printed teapots were placed on a matte yellow plane with diffuse lighting to look like CGI teapots that were scaled, rotated, intersected, and distorted. 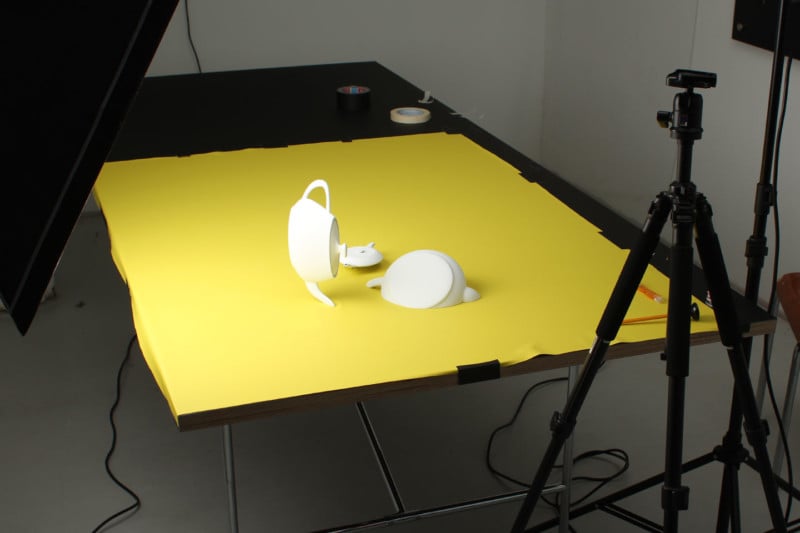 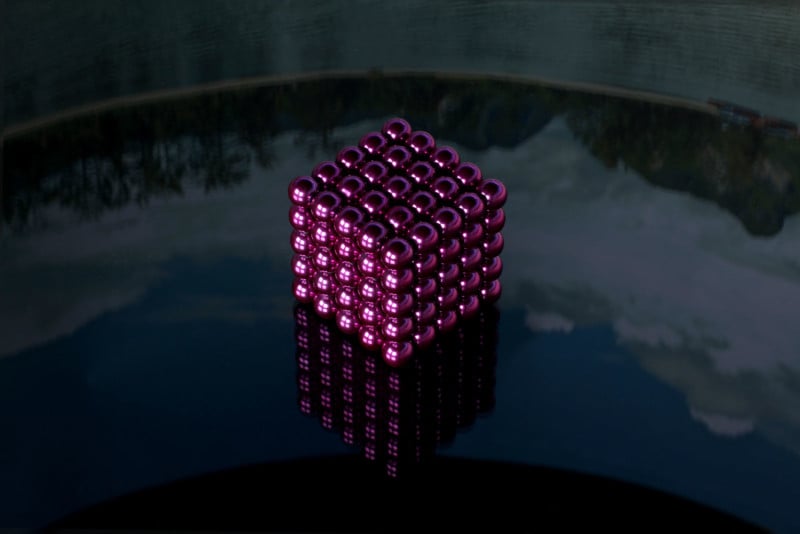 Metal spheres arranged in a cube were placed on a reflective plane with a panoramic photo wrapped around for a reflection. 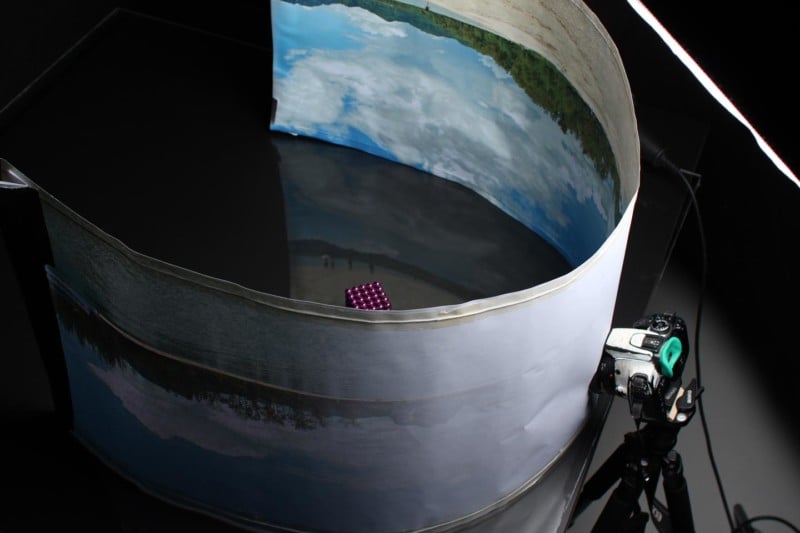 Skrekkøgle is the same design duo that shot real-world objects as miniatures back in 2011 by placing a gigantic replica coin on them.

Image credits: Photographs by Skrekkøgle and used with permission