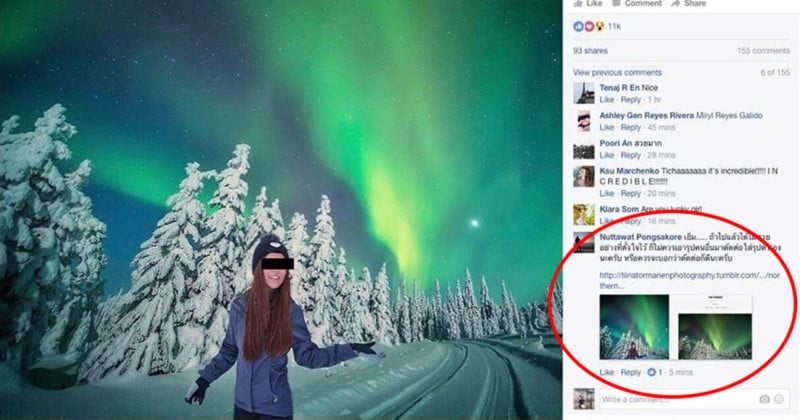 A Thai flight attendant who was popular on Instagram has deleted her entire account after it was discovered that many of her personal photos were actually faked by inserting herself into stolen background photos.

Louktarn Ticha had attracted over 150,000 followers on Instagram to her account, @ticha_ek, by posting photos of her travels around the world and glamorous lifestyle.

In December 2016, however, people took to the Internet to point out that many of Ticha’s travel photos were clearly Photoshopped. Social media users began posting Ticha’s photos side-by-side with original photos that were found elsewhere on the Web. Here are some examples:

One of Ticha’s background was by Finnish landscape photographer Tiina Törmänen, who says that instead of taking legal action against Ticha, she’ll settle for this incident sparking a productive public conversation about copyright. 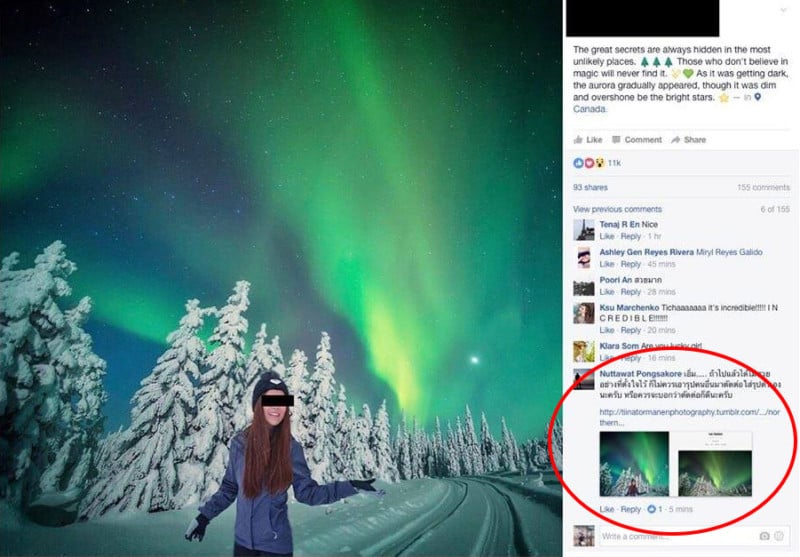 Ticha mirrored herself on a photo of salt flats to create a fake reflection: 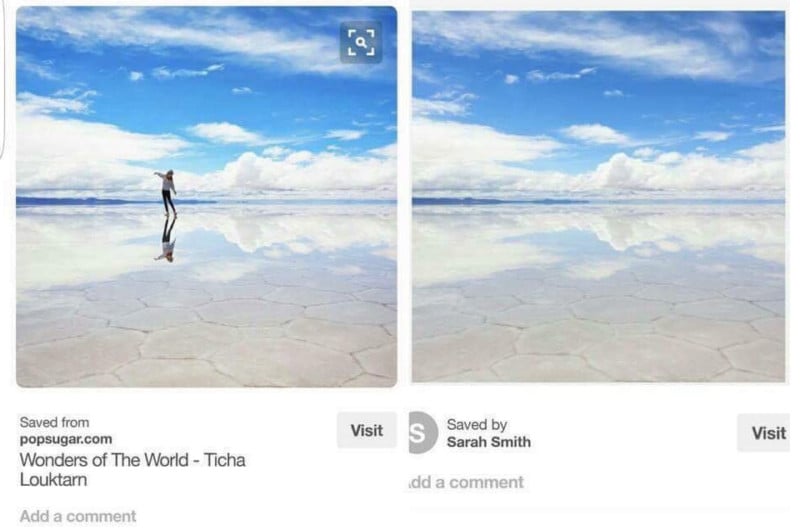 One of her photos appears to show her standing in the first class section of an Emirates flight — she reportedly works for the airline — but the background photo was one that was shot and published by the airline. 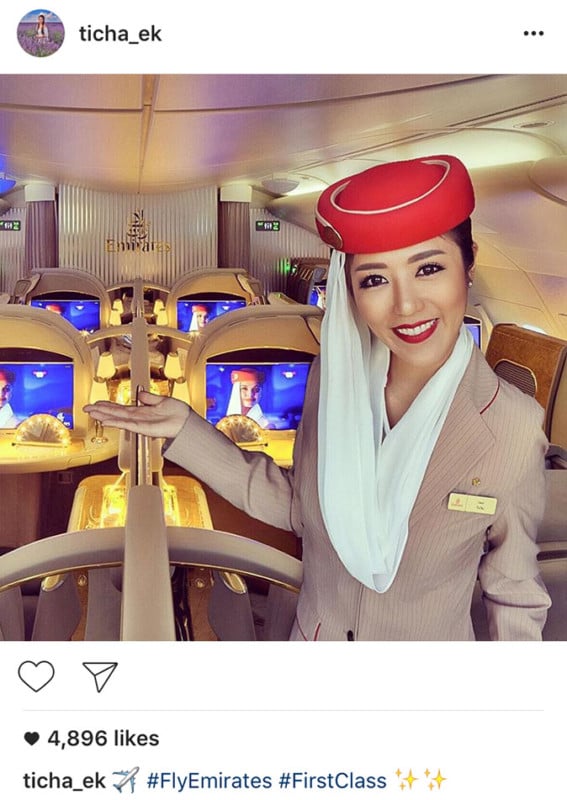 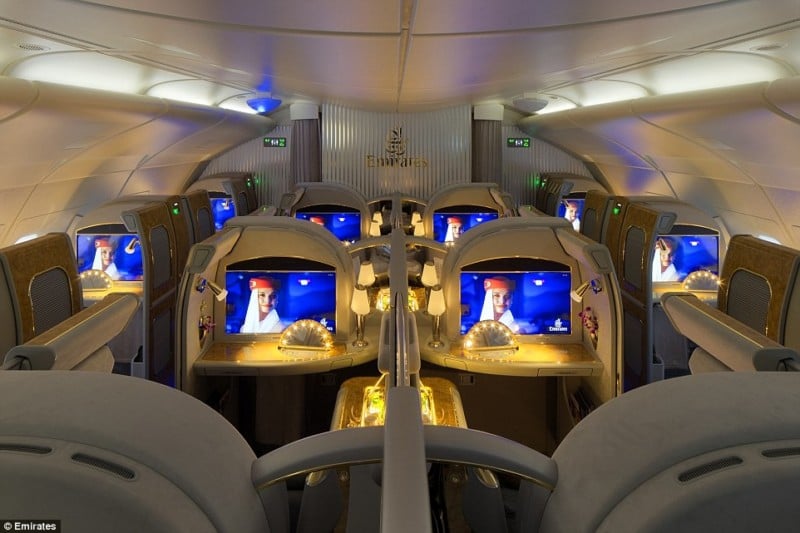 In another photo, the clouds identified the original landscape shot Ticha used: 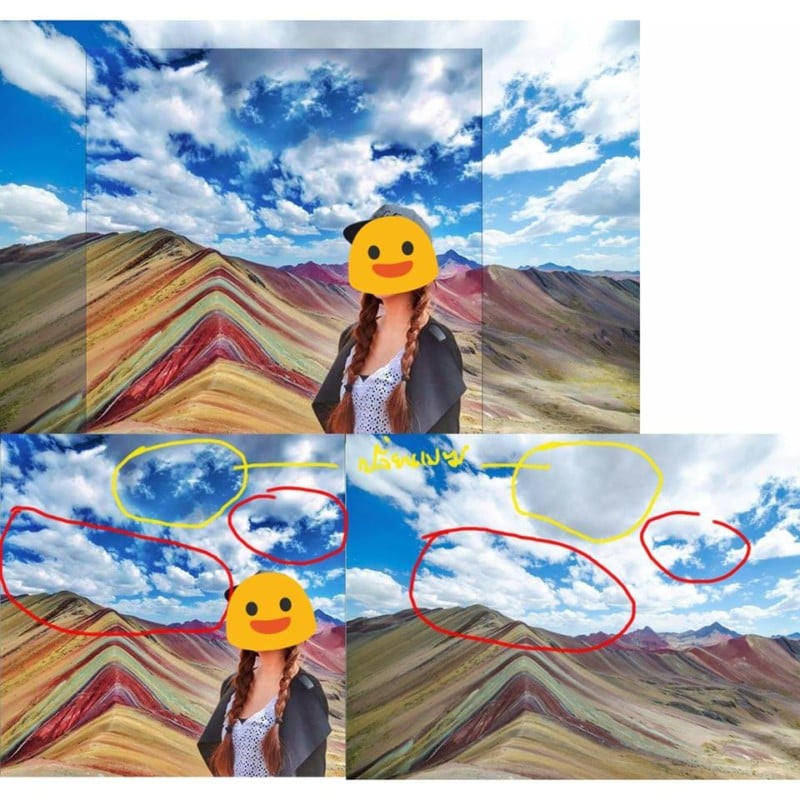 As examples of Ticha’s Photoshopping spread on the Web, the hashtag #ticha_ek began trending on Twitter and Facebook, Coconuts.co reports. There were some clever jabs, including this one by Finland’s embassy in Thailand: 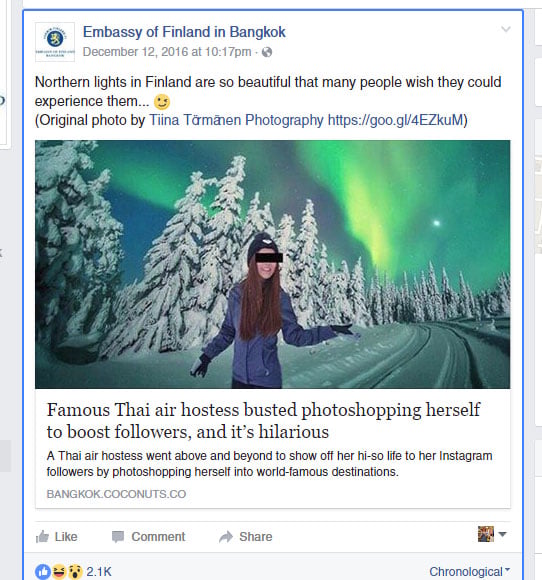 Ticha responded to the growing controversy by deleting the photos on her account that had been Photoshopped, but in the end she decided to delete her entire Instagram account and the large following that she had built up.