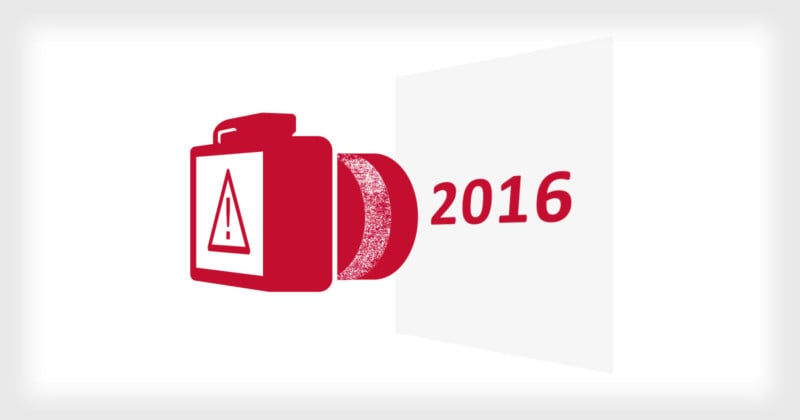 We now know which cameras top photojournalists around the world are using these days, but what are they saying about the state of their industry? A newly published study uses responses from nearly 2,000 photographers to reveal the current condition of the photojournalism landscape.

“The State of News Photography 2016” is a report published by the University of Stirling and the World Press Photo Foundation. Researchers surveyed 1,991 photographers from over 100 countries around the world who had entered the 2016 World Press Photo Contest.

Here’s a set of illustrations that share the key findings of the report: 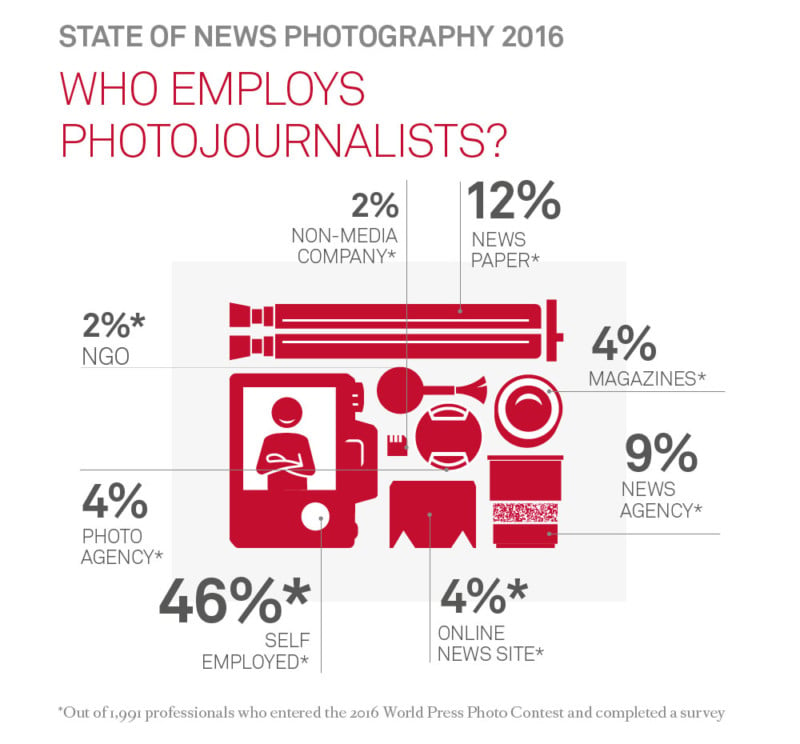 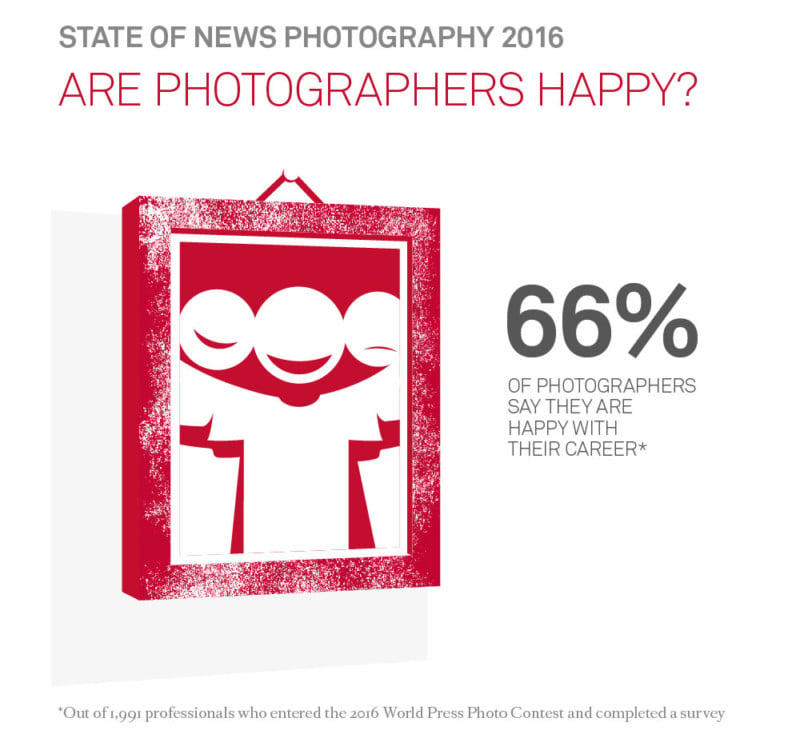 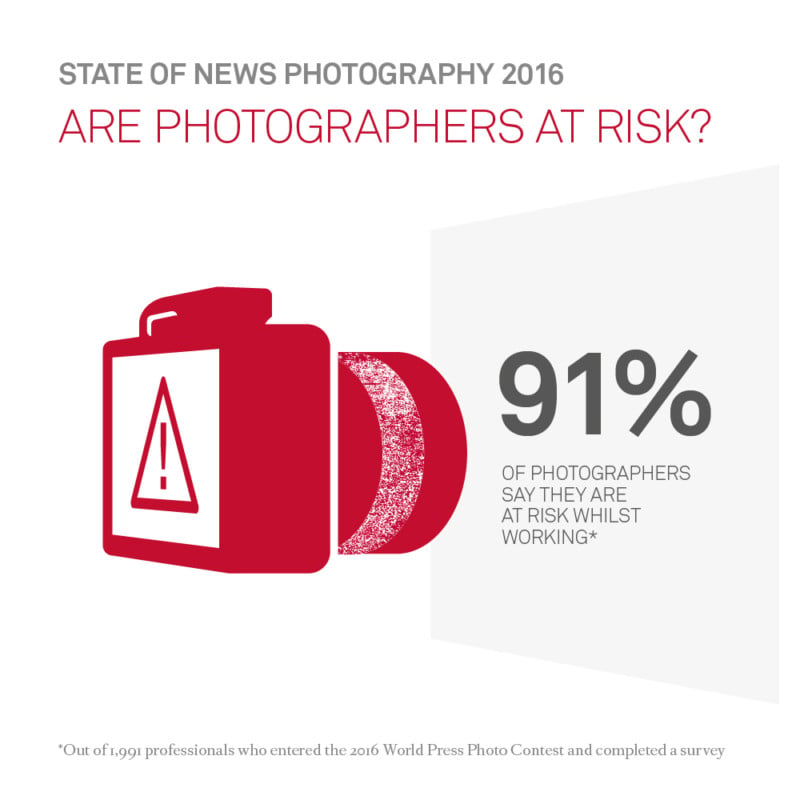 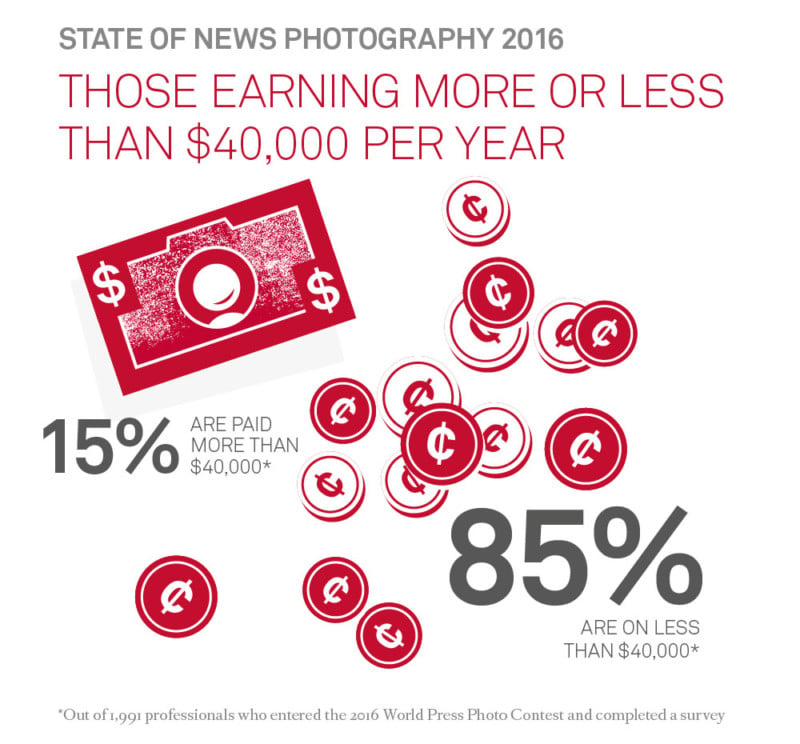 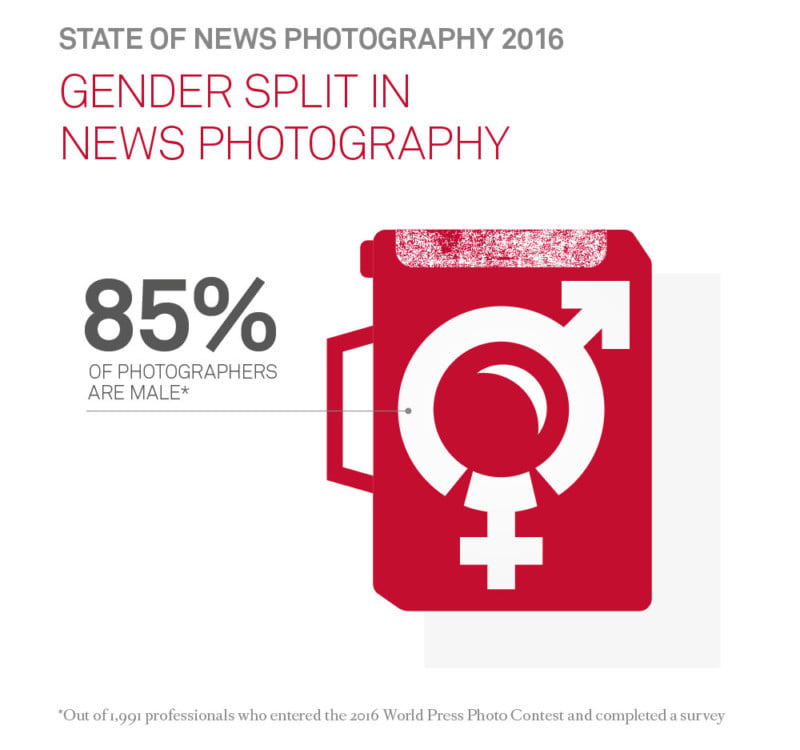 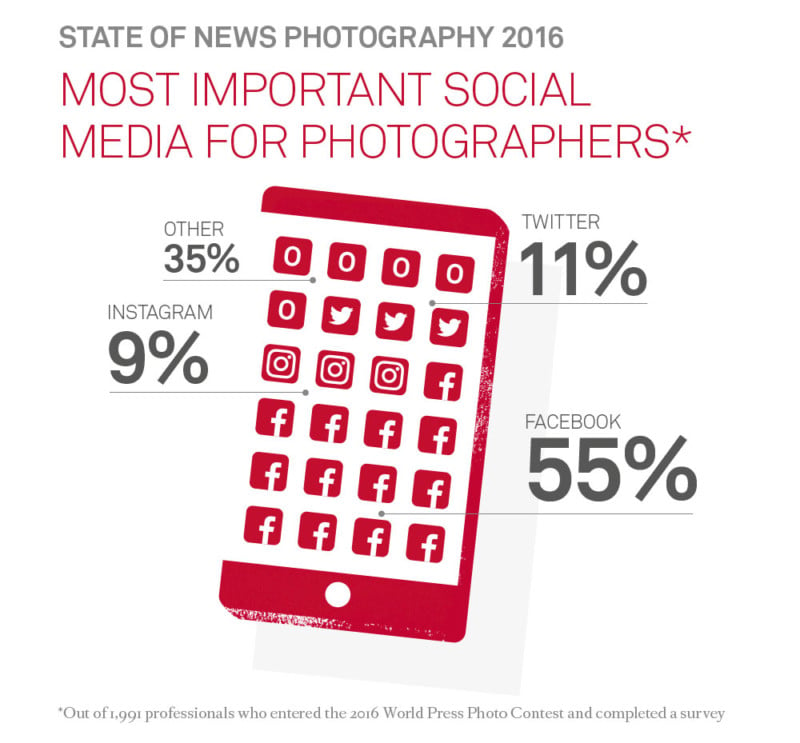 Check out the full in-depth report if you’d like to see a more detailed and comprehensive look at the facts and figures:

This is the second “state of news photography” report released by the University of Sterling and World Press Photo. Back in late 2015, they released the first report on the state of things that year.

Image credits: Illustrations by the University of Stirling and the World Press Photo Foundation