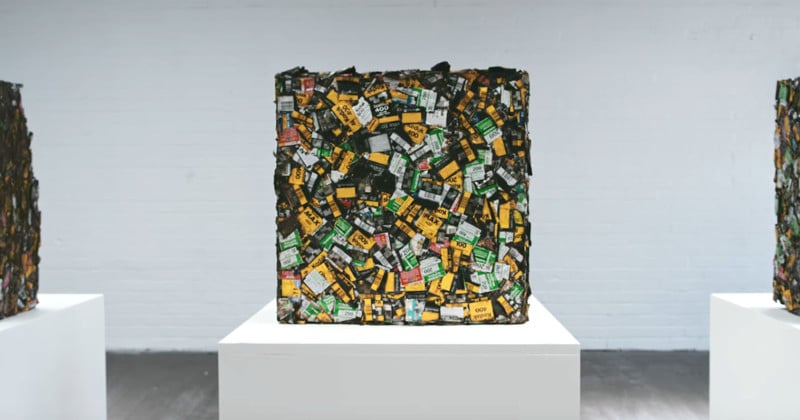 On May 2nd, 2016, Melbourne, Australia-based independent photo lab Hillvale developed its 50,000th roll of film since opening its doors in 2013. To commemorate the milestone, the lab decided to crush its massive stockpile of empty canisters into cube pieces of art.

Between 1.2 million and 1.8 million photos have passed through Hillvale, and the photo lab impressively stored each of those film canisters instead of throwing them away. And it takes a crazy amount of space: the canisters ended up filling 30 50-liter (~13-gallon) tubs: 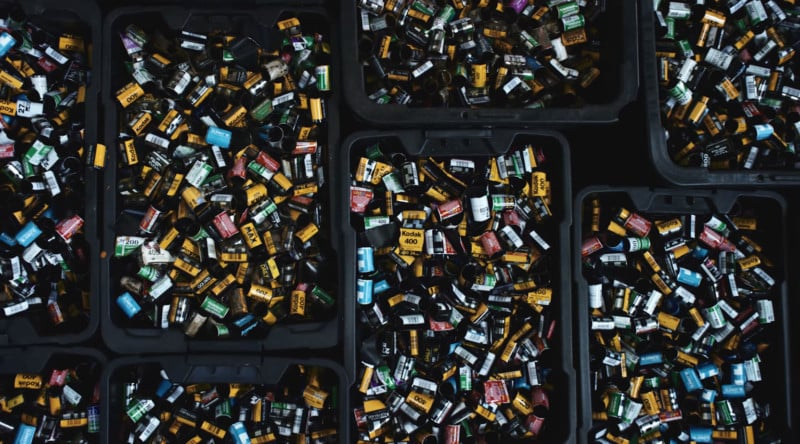 To make the final canisters bind more tightly to one another, the plastic spool from each one had to be removed. This was done by hand over the course of a week with the help of about 30 volunteers.

Finally, Hillvale took the 50,000 de-spooled canisters to a metal yard, where a 200-ton industrial hydraulic compactor turned the canisters into a set of 3 cubes. Each cube weighs about 304 kilograms (~670 pounds) and contains about 17,000 canisters.

Now Hillvale has one-of-a-kind monuments that celebrate the success of the lab thus far. The lab titled the project “Cubes”: 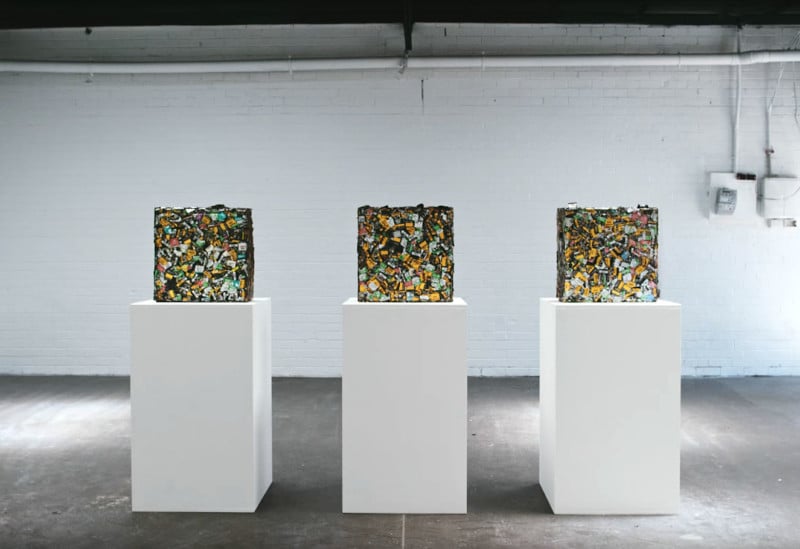 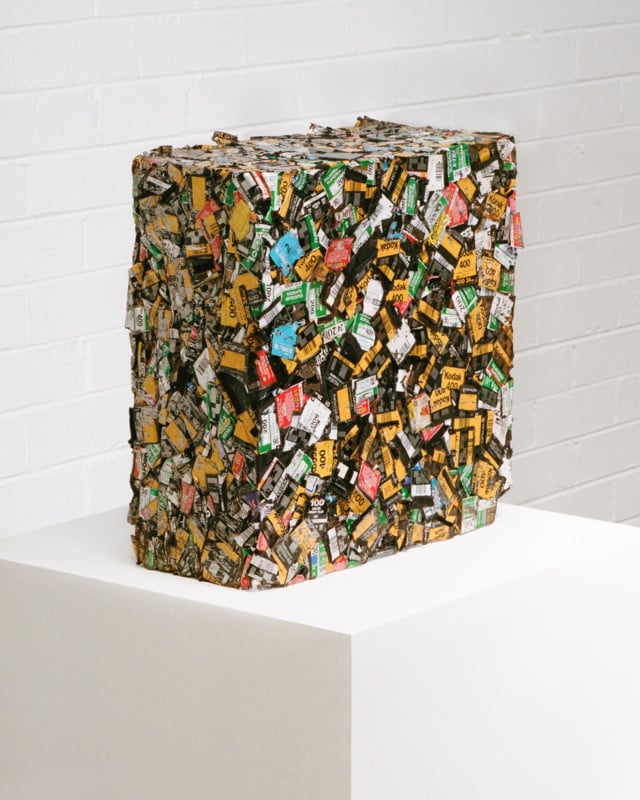 Here’s a 2.5-minute video by Hillvale showing how they did this project: