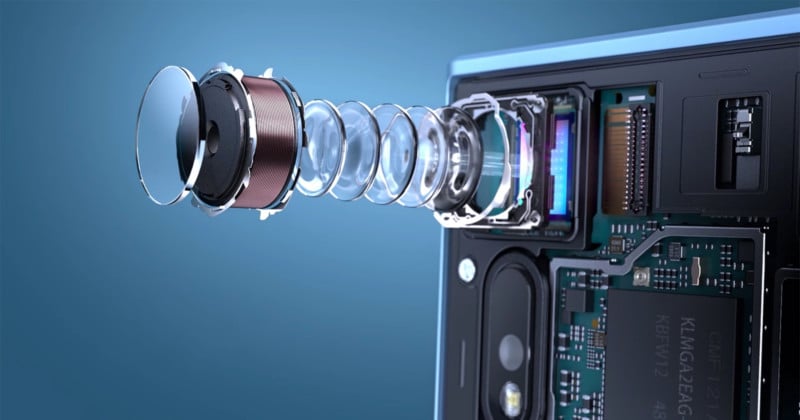 Remember Sony’s crazy smartphone image sensor we told you about earlier this month? Well that sensor, which can shoot up to an insane 1,000fps in HD, is already making an appearance in Sony’s latest flagship smartphones.

When we first reported on this sensor technology less than a month ago, we said there was “no telling when this sensor will start popping up in smartphones.” But even our most extreme guess wouldn’t have had it on the market this soon. The new Xperia XZ phones, announced earlier today, will be the first to house the impressive Motion Eye camera with its super slow motion sensor.

Take a look at these demo videos to learn more:

The technological magic behind this sensor—as Sony points out multiple times in the videos above—is the RAM built right into the sensor stack. This allows for 5x faster readout and a max slow mo capture speed of 960fps at up to 720p resolution. That is not a typo, and it makes 240fps looks like a sad joke.

This impressive sensor—which weighs in at 1/3.06-inch and 13MP—is paired with other high-end smartphone camera features like on-sensor phase detect and laser-assisted autofocus, a bright f/2.0 aperture, and 5-axis digital stabilization to make sure the Xperia XZ is one of the most capable smartphone cameras out there.

To learn more about the new XZ, head over to the Sony website by clicking here. The XZ will be available in two models: the more affordable XZs with a 1080p screen and slightly slower processor that will ship in April; and the more expensive XZ Premium with its 4K screen and slightly faster processor that arrives this Spring. Both versions use the same impressive camera.