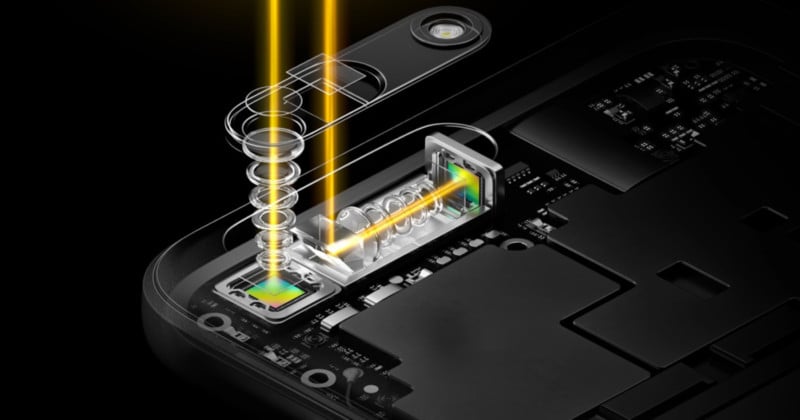 One of the major ways smartphone cameras fall short of even old point-and-shoots is zoom. How are you supposed to squeeze an optical zoom mechanism into that little space? Chinese company OPPO has figured it out.

Using an optical technique we’ve been anticipating for a couple of years now—at least two separate Apple patents described something similar—the manufacturer folded the optical system of its telephoto lens into a periscope-inspired module, giving the tiny optical elements room to move. The module is only 5.7mm tall, because the elements are actually arranged horizontally across the top of the phone—light entering the telephoto lens of the dual camera system doesn’t shoot straight down into a sensor, it is instead diverted into the optics using a prism: 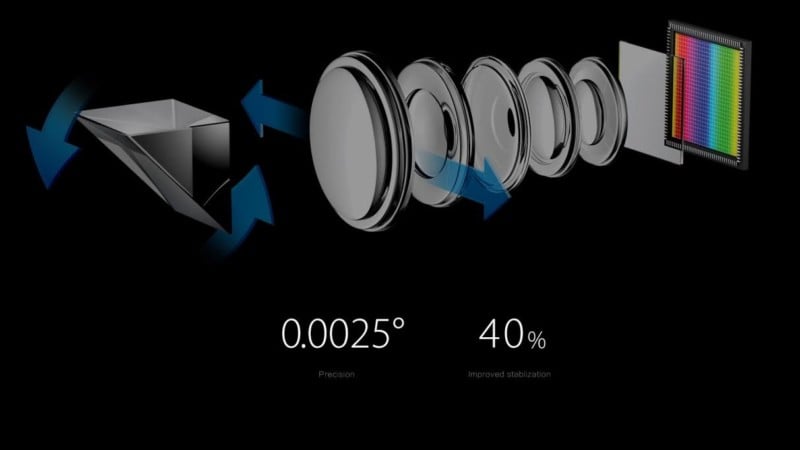 In reality, the horizontal module only gives you 3x optical zoom, but OPPO has upped the ante by combining it with a second, wide-angle camera and some special ‘image fusion technology’ that gets you from 3x to 5x ‘lossless’ zoom. Finally, for the cherry on top of the 5x sundae, OPPO has also integrated optical image stabilization using both the prism and the lens in the telephoto system, promising a 40% improvement over previous OIS implementations… whatever that means.

For people in China, this announcement is an exciting step forward for compact smartphone photography; for us in the States, we’ll just have to wait to see if OPPO licenses this tech to any smartphone makers who actually sell their wares in the US.