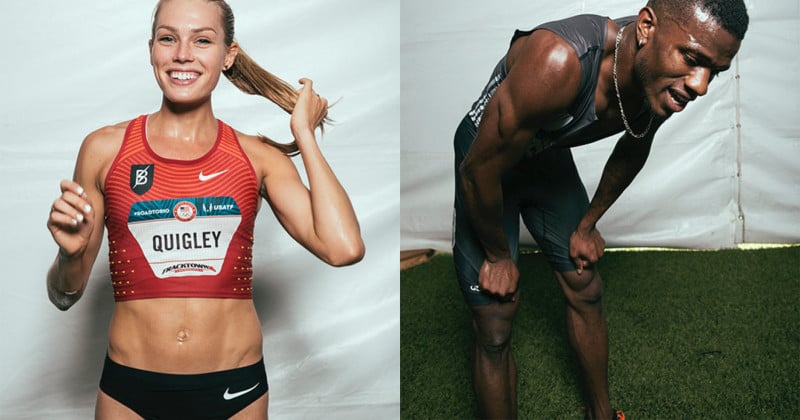 “Is that him?” I’d ask my lighting tech.

“Nah, I think it’s the guy behind him”, he would respond.

For 10 days, I was on assignment from Meter Magazine to capture portraits of specifically 3rd (qualifying) and 4th place (not qualifying) finishers as they walked off the track at the Olympic Trials. The project, which I had pitched about a dozen media outlets beforehand, was to share a side of the sport that many may not see: right after they stepped off the track, and right after 20+ reporters stuck a camera or mic in their face to ask them to put into words and spit out a coherent, professional answer.

Some held it together with mind blowing grace and poise while others lost their s**t. Having been a former track and field athlete as well as a collegiate track coach, I could only imagine their hurt.

The idea started last August, more than a year before the trials, when I shot a portrait series of cyclists on a charity right before they got off their bike at the end of a 100 mile day. I thought, “Wouldn’t it be cool to just take this setup and do the same at a place like the trials?”

Come May of this year, I start pitching and writing and more pitching but crickets… until I reached out to Meter, a running culture based publication produced by Tracksmith clothing. I had spoken to the owner throughout the year about possibly working together on something. The stars aligned and they wanted to make it happen.

Unaware of what exactly I would be able to setup, I Fed Ex’d my Pelican case with three strobes and my background setup kit to Eugene, Oregon, to await my arrival.

I had met with another photographer who has been in similar situations to discuss what lighting setups might work depending on how open USATF would be to the idea. We sketched out a few lighting and background setups. We had originally wanted to shoot them in an open area immediately off the track before they would take their long walk to the media tent.

Upon arrival, the lighting tech and myself walked around scouting places that might work. We found the director or PR and shared 3-4 different setups. 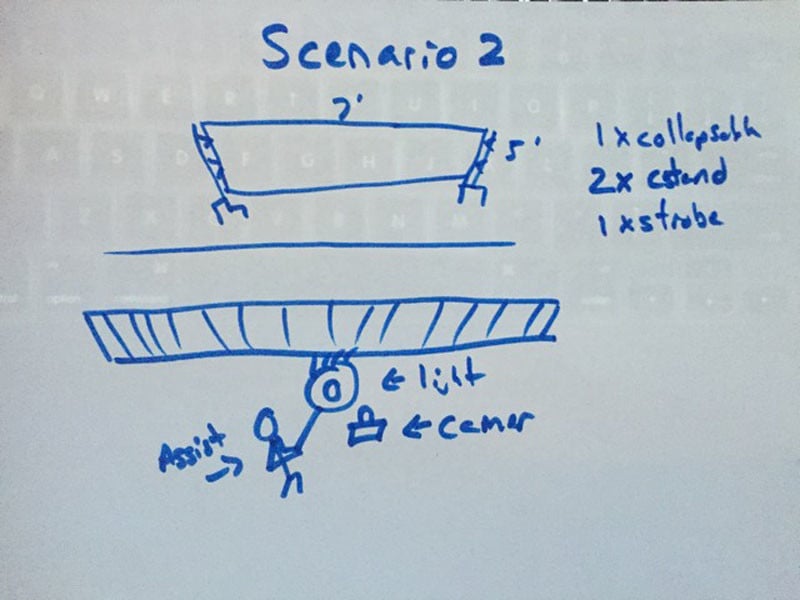 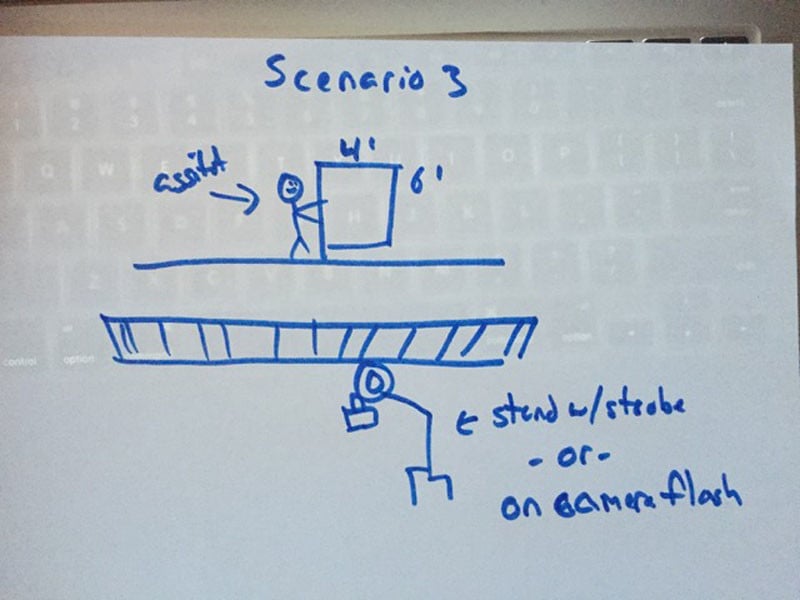 As I was talking I could see the doubt and angst become more evident on her face “I just don’t think is going to happen. What you are asking is impossible!”

I usually freeze in these moments but I quickly said, “Well, let me go grab my gear and show you exactly how compact the setup will be,” to which she nodded.

The project wasn’t dead yet and we still had a chance to pull this off. After about a 1 mile round trip walk to go pick up gear (I didn’t rent a car plus access and parking were impossible) we returned and carried the setup to our corner table. I looked behind me to realize that they had run out of background signage in the final spot after the other reporters and there was about an 8-foot-high by 12-foot-wide white wall of the tent. Of course it wasn’t a seamless and there were folders in the fabric but it was as good as a setup we were going to get. I approached her once again and shared the idea of just setting up one light hand held on a mono pod and shooting them as they walked by. “Thats fine but I can’t make them stop for you,” she said. I didn’t care. Fireworks went off in my mind. After weeks of planning, shipping gear, tracking down a place to live and an assistant for 10 days. I finally had a green light and was ready to kick the project off. My next hurdle was not to get punched in the face by an livid 4th place athlete.

A simple beauty dish with front diffuser on an Alien Bee 800 powered by a Vagabond Lithium battery was our weapon of choice, we were close enough to shoot with a sync cord but opted for pocket wizards just incase for whatever reason we would need to roam. Renting a Profoto B1 for 10 days was 8x the cost of just FedEx’ing a Pelican case full of strobes there that I already owned.

External light bleeding into the tent wasn’t an issue since the entrances were far away from us and small. We dialed in 160th and 5.6- 7.1 depending on skin tones and clothing. My assistant would take the light on a monopod and hold it above my head angled downward at them. 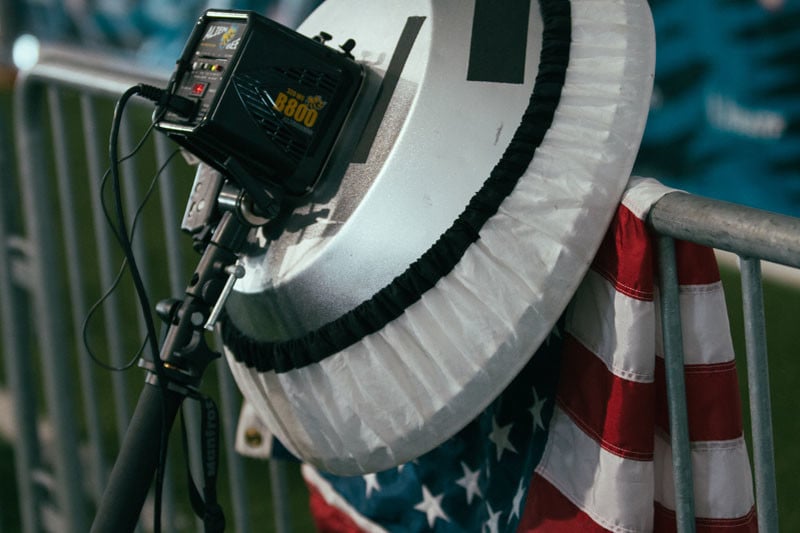 Now psychology came into play. We tested our not only our setup but the reaction of athletes as they walked by during the preliminary round. Sometimes I didn’t not speak, others times I would stop and request an image. This was all testing for the shots we really needed for the assignment.

Realizing that when I asked them to stop, they would immediately put on a big smile was very key, especially if I was trying to capture them feeling sad or down. I also learned if they were marching by with a determined or serious face, it didn’t mean they wouldn’t stop to chat and smile.

It was really all this huge balancing act. Clicking the button and taking the picture was the easy part. It was reading someone walking toward you: if you would ask them to stop and talk to them or let them float by and capture that. You’d imagine that 4th would always be in tears and 3rd would have a smile ear to ear but it wasn’t the case. A lot of 4th placers we found weren’t that broken while others were just numb from what just had happened. 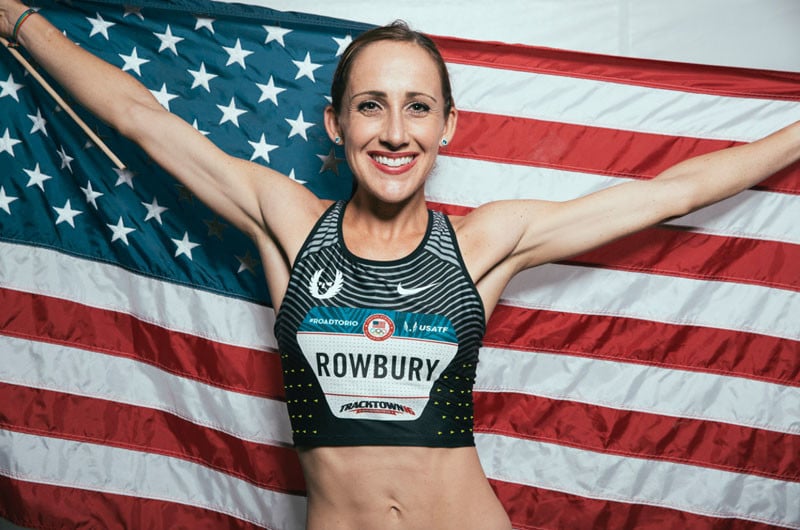 Sometimes we’d capture an image of who we needed but it didn’t really show how they were feeling. In that case we would start to talk to them afterwards asking simple questions like “talk me through the race,” “how’d it go?,” “how did you do?,” or “how did you feel out there today?” It would usually get them to open up and wear their emotions a little more, at that point I would step back and take a couple more frames since it was more accurate to what they were feeling. 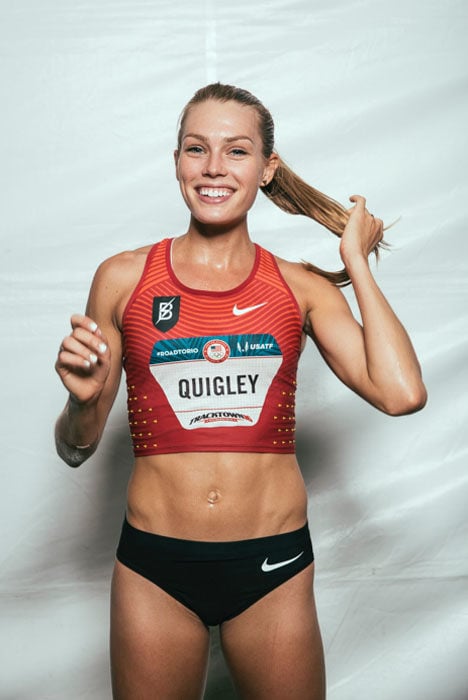 Sometimes you’d wait all day for that perfect shot or that one 4th pace athlete. The toughest part is when they were in a sea of other athletes walking through and their bib number with their name was covered with a jacket. Yelling their name and getting their attention was tough to. Some people were livid, they didn’t want to stop. Others would stop and just slap a smile on their face and them keep walking. So we looked for tiny little things. Wiping tears to get ready for the smiling portrait. Unknowingly snapping them as they walked by, while they were still wobbling trying to stay upright. 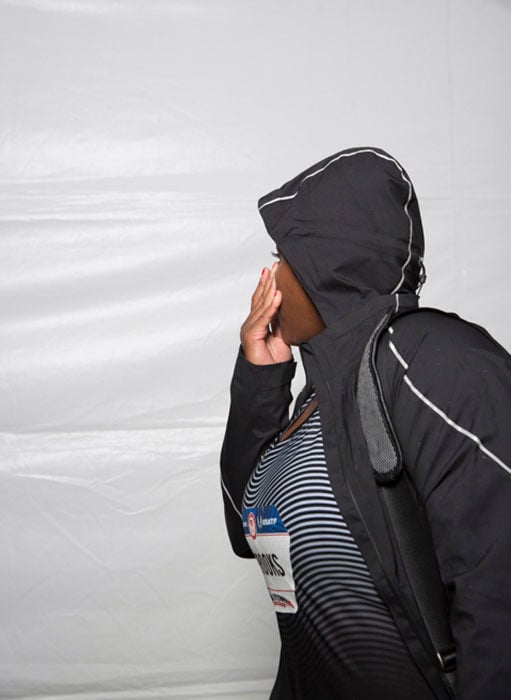 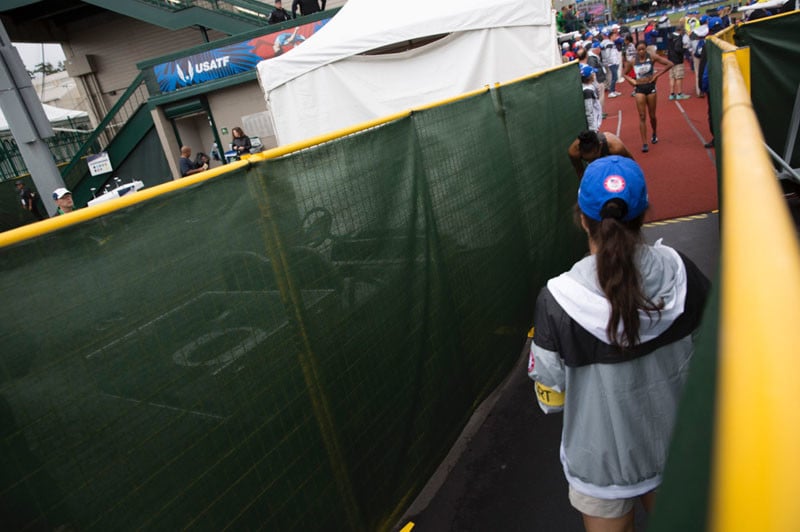 But if they passed in front of my I was determined to get there shot. I would get their attention and literally get 5-10 seconds with them max. Others I was able to get them to wrap a flag around them and have somewhat of a posed portrait. With them it was probably closer to 30 to 45 seconds with. 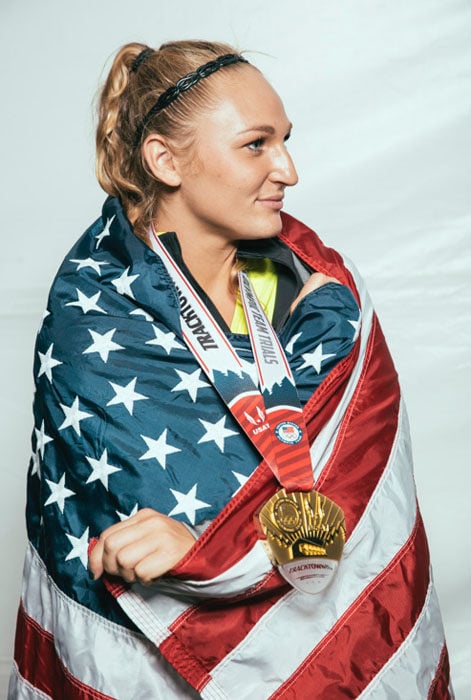 It was not only incredibly challenging to keep a consistent frame and focal length given how quickly they would come by and what emotion we were trying to capture, but being able to be empathetic and supportive and to connect with a very wide variety of personalities and emotions in under a minute was something I found myself needing to do over and over. 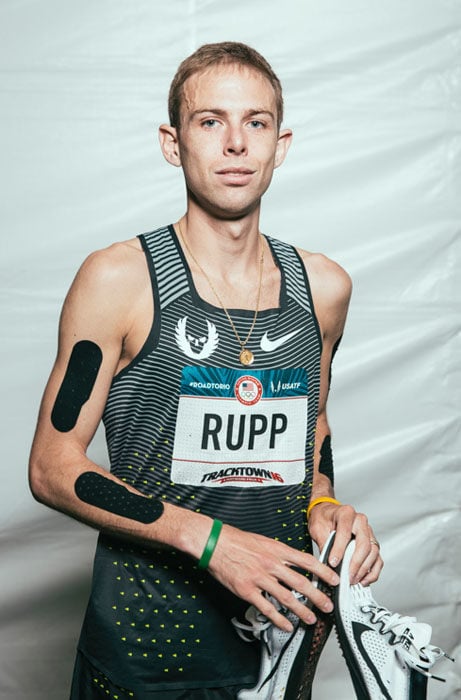 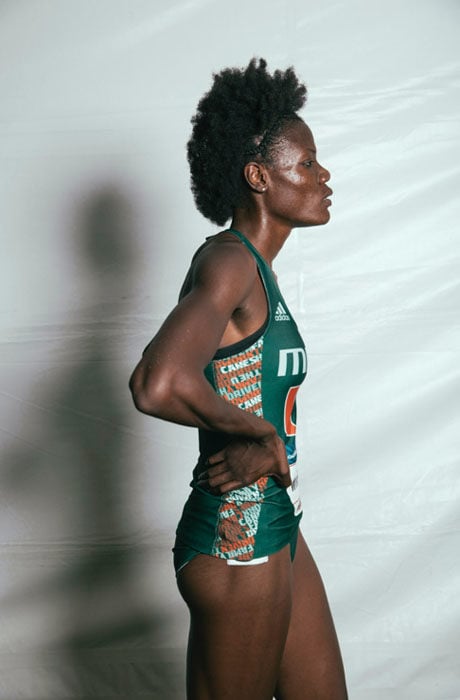 Issue 5 of Meter Magazine also came out early October with 16 page feature of the project, with 3rd and 4th place athletes side by side. The staff at meter did such a great job with the design and how they presented the project. The entire issue is covered with amazing photography from all over the world. I’m really pumped to be a part of this issue, which I think is their best one yet. Great stories, design and imagery.

Track and field is a very tight knit community. They say we are all have 6 degrees of separation, In track and field its about 1. You know someone that knows someone. My college coach, other photographers, elite athletes, former teammates, internet friends. I couldn’t walk a block in Eugene that week without bumping into someone I knew. Yet with all those people there, very little of it was spent with them.

This photo assignment was an unforgettable experience and I loved every minute of it.

About the author: David Bracetty is a photographer based in Allentown, Pennsylvania. You can find more of his work on his website and on Instagram.