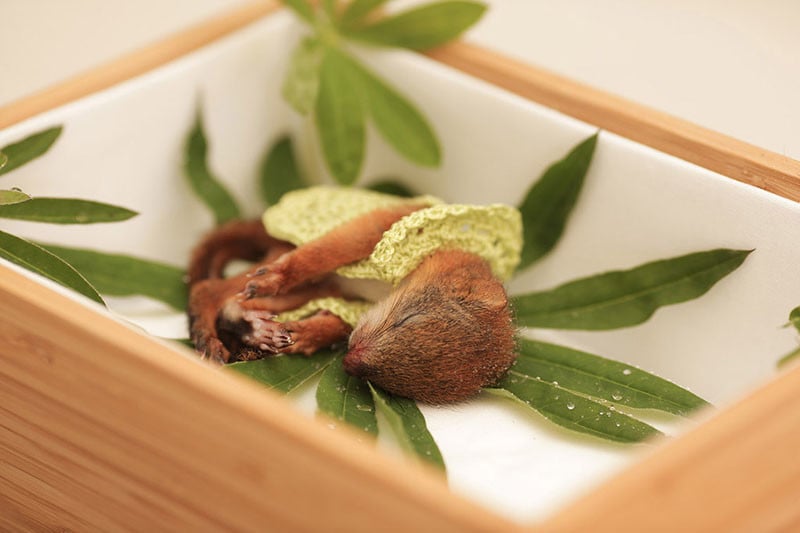 Finnish photographer Viivi Häkkinen has been working on an unusual photo project that both exhibits beauty and pays homage to death. Forget Me Not is a series of photos showing roadkill memorialized in a way that celebrates the dead animals’ lives.

Warning: Some of the photos below are graphic and not for the faint of heart.

“I have been studying death in all it´s forms,” Häkkinen writes. “In today’s society death is always somewhere far away, in a sterile morgue or at a chappel.”

“Long gone are the days when death was truly present as a part of life. When we would decorate our departed with flowers, place them in the middle of the room to be surrounded by their loved ones holding vigil.” 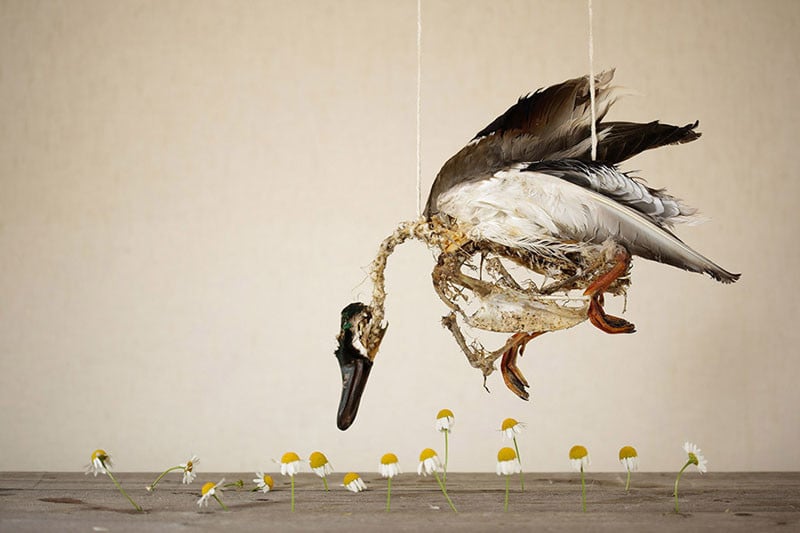 Häkkinen finds roadkill and carefully creates final resting places for them before posing the remains in them. The animals are given the same treatment that people were once given in ages past — they’re groomed, combed, and dressed up. “We are brought to actually look at death and to pay homage to it,” Häkkinen says. “We also pay our respect to the animals in the photographs – the ones that might otherwise present themselves to us as merely trash along the highway they died on.”

“Roadkill that we would probably not be too bothered about – at most something seen as unpleseant to the eye.” 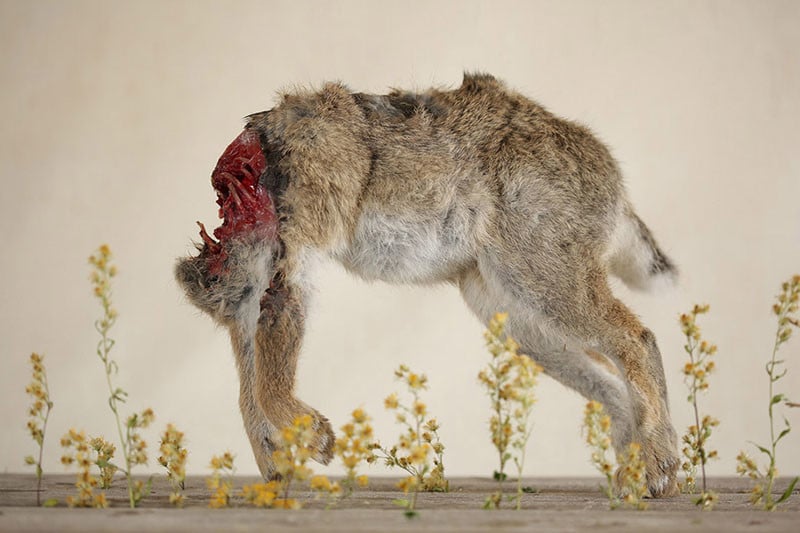 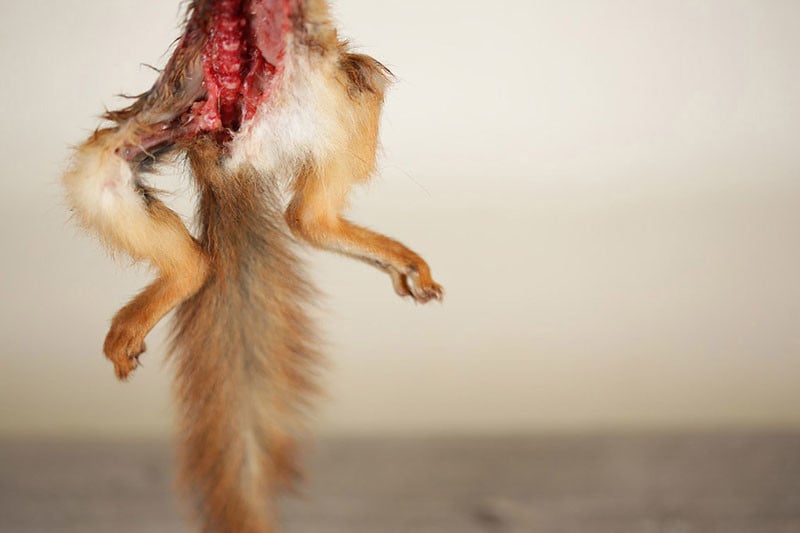 “In this series of photographs we can see death eye to eye,” says Häkkinen. “We see the beauty of it – the relief of eternal sleep that gives peace to the restless and consolation to the longing.” 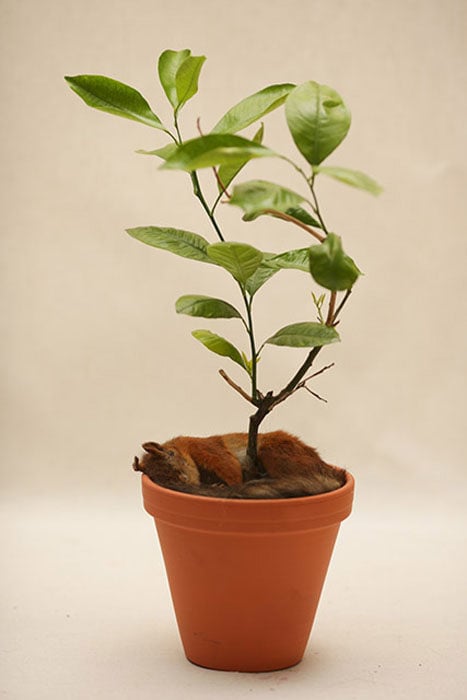 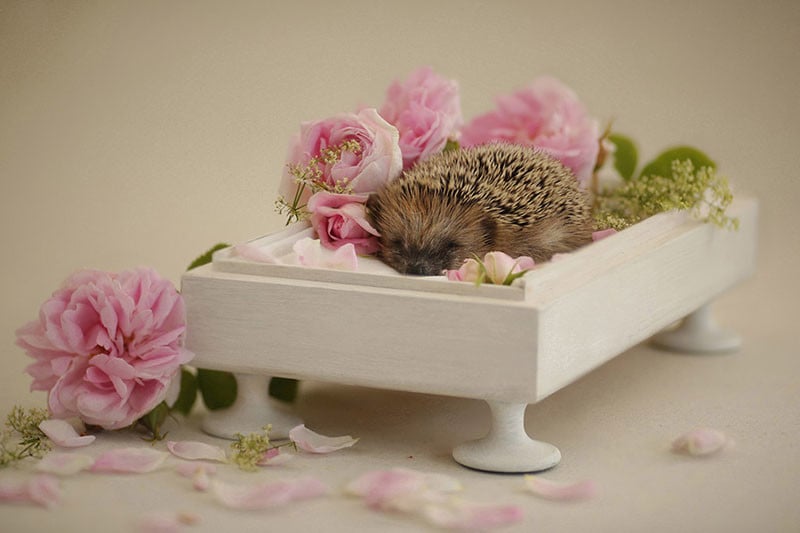 “But we are also faced with the fact that death is not always pretty or painless,” Häkkinen concludes. “Death can hurt and death can tear us apart. It does not ask for permission or forgiveness and it is as inevitable as it is indiscriminatory. There isn’t always an open casket.”

“Sometimes death cuts off pieces of us and leaves scars that never heal.”

P.S. A similar project is “At Rest” by photographer Emma Kisiel, who found roadkill and created makeshift outdoor memorials around the carcasses.

Image credits: Photographs by Viivi Häkkinen and used with permission