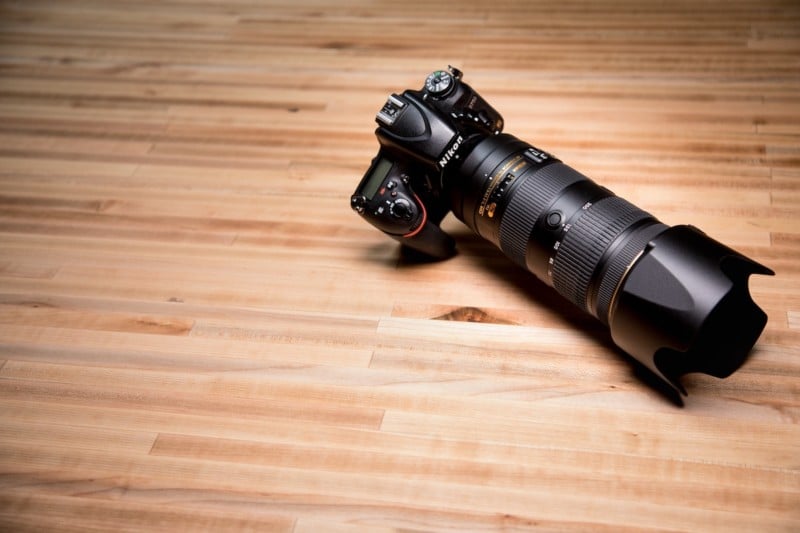 The older VR II (G-type) has been a cornerstone of many professional photographer’s bags, not to mention one of our most rented lenses. Nikon made some big changes revising this lens. Have they added enough performance to justify the new $2,800 price tag? We dug in and took a look!

First off, what are we calling this thing?

Nikon’s official name for this lens is the 70-200mm f/2.8E FL ED VR…but that is a confusing mouthful.

If you’re not familiar, the “E” refers to an electronically controlled aperture, and “FL” stands for a fluorite glass element. Fluorite elements get you improved optical quality & reduced weight. How much weight you say? The new lens is about ¼ of a pound lighter than the VR II, or roughly a stick of butter. (You’re totally heading to your refrigerator to grab a stick of butter, aren’t you? Don’t worry… we did too!)

Another curious and confusing thing with the naming is that Nikon has decided to not add a version number like on the old 70-200 VR II (Nikon 70-200 G). This is going to make talking about these lenses online a bit more difficult. 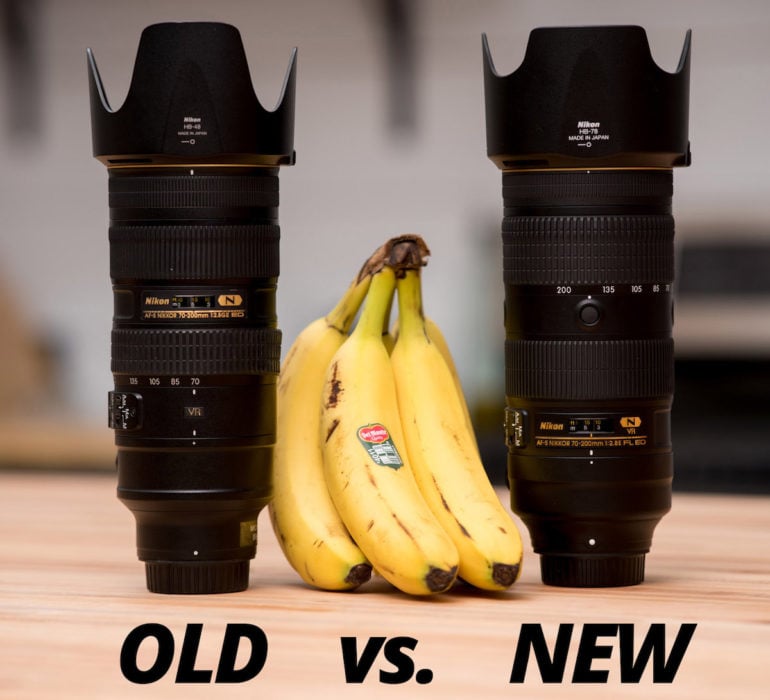 The biggest change physically on the 70-200E comes in the placement of the zoom and focus rings. They have swapped positions on the new lens.

A lot of people have been up in arms about this change but I can tell you it wasn’t really a big deal after 20 minutes of use. The only real hurdle I can see is that it does take some mental gymnastics if you’re forced to switch between the 70-200E and 70-200G lenses which could result in a less than perfect score.

Another change on the body of the lens is the return of lens focus buttons. There are four that are now placed around the middle section of the lens. These were found on the original 70-200 VRI.

Their function can be set with the selector switch on the side of the lens. They can be set to start AF or activate focus lock. If you’re a back button focuser, they are basically duplicates of your AF-ON button.

I’m happy to see these buttons come back from the original VR I lens, but I did have one interesting experience with them while shooting.

While trying to review images and access the menus, the way I was resting my camera I was accidentally pressing the bottom focus button on the lens. When I did that it would turn off the LCD and cause the menu and playback buttons to stop working. It took a minute or two to figure out why my camera body had gone all flaky.

Thankfully Nikon has put an “off” position for these new buttons if you don’t plan on using them and would like to avoid a situation like mine.

The need for speed

While we’re on the subject of focus, I did notice the new 70-200E feels much snappier during autofocus in comparison to the 70-200G.

The new lens seemed to acquire and nail focus just a hair quicker than the previous version. Keep in mind, neither lens could be called slow, but the 70-200E does have a bit more speed when making extreme focus adjustments from near to far.

Another focusing improvement I was particularly excited about is the decrease in minimum focusing distance. As a wedding shooter, I’m sure you’ve found yourself pressed against a wall in a tight space trying to get the old VR II to achieve focus while inside its 4.6-foot limit. The new 70-200 E lens shaves a full foot off the VR II making it much more forgiving at 3.6 feet.

The other benefit of this is that the reproduction ratio increases. This means you’ll be able to fill more of the frame with your subject at 200mm than with the old VR II.

Stop breathing on me

Another welcome benefit of the new design on the 70-200E is that Nikon has addressed the focal length breathing many complained about with the VR II. If you aren’t familiar, the VR II was criticized for losing effective focal length the closer your subject was to the camera.

For instance, when focused around 4.5 feet, the VR II would act more like a 150mm lens even when set to 200mm. You may have never even noticed this but shooting both lenses back to back, the 70-200E will feel like it gets tighter on your subjects.

In the example below, with a subject distance around 8 feet you can see the focal length loss of the VR II at at the telephoto end. The new 70-200E stays true to its focal length markings at any focusing distance. That should also make it better for video shooters performing focus racks as well.

One area that Nikon has tweaked quite a bit is the way the lens handles flare and back-lighting. They designed the f/2.8E to retain more contrast. Based on my initial testing, this is true; however, the actual look of the flares are more prominent in my opinion.

Take a look at this example below:

Here is another extreme example where we have direct sun in the frame coming directly into the lens. Again, the 70-200E has much better contrast and avoids the color cast of the previous lens had. 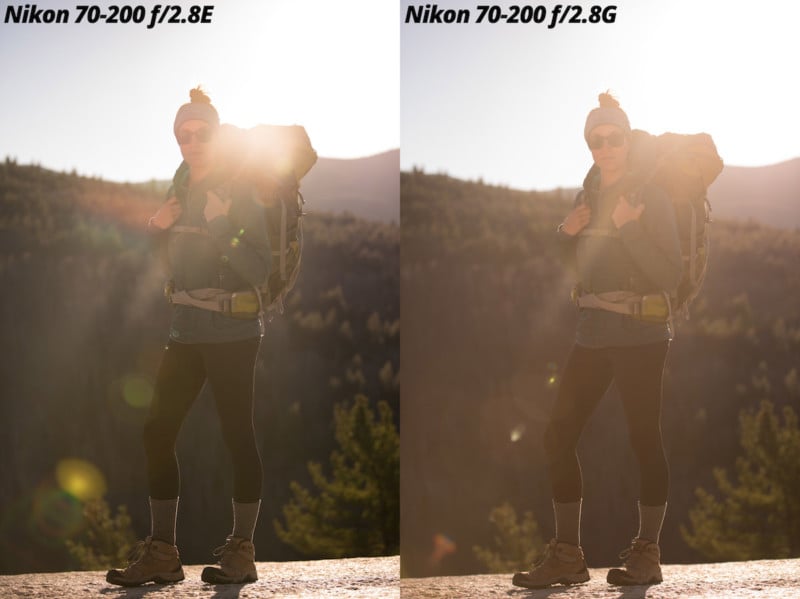 Keep in mind these are extreme examples where we were trying to get the lens to flare as much as possible. In most situations, you won’t encounter such extreme results. 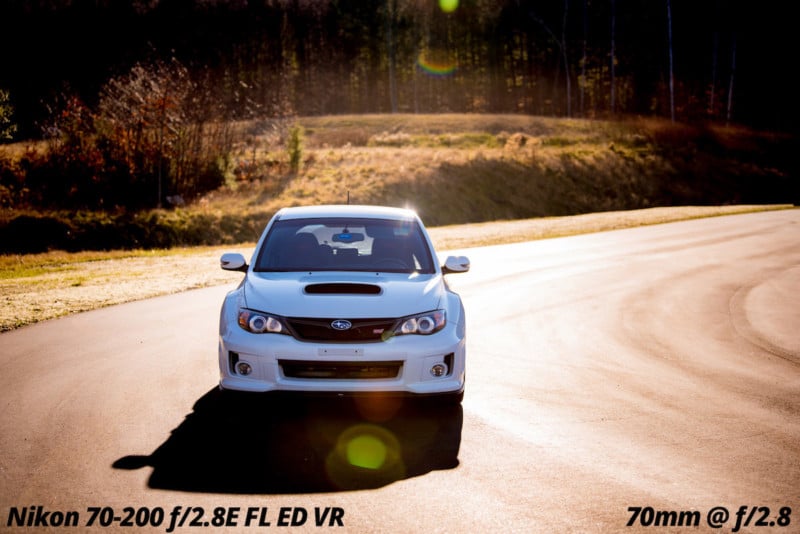 The new lens is crazy sharp. This was never really a problem with the VR II since it was designed to fix the corner sharpness of the original VR I, but I got excellent results with the f/2.8E from the get go.

Just look at this image below. The detail in the stitching of the jacket and the texture of the backpack straps is fantastic. 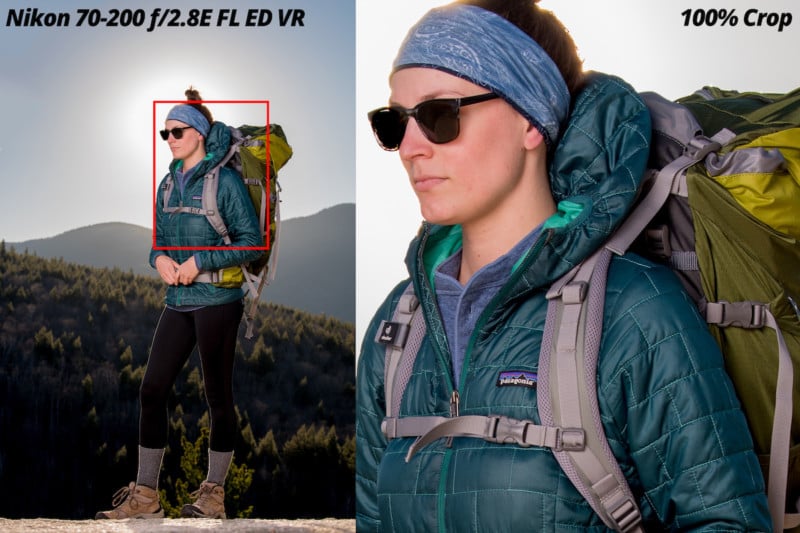 Bokeh is very pleasing as well. Granted, there is no measurement for this aspect of a lens, but I can say that out of focus areas are rendered very smoothly. 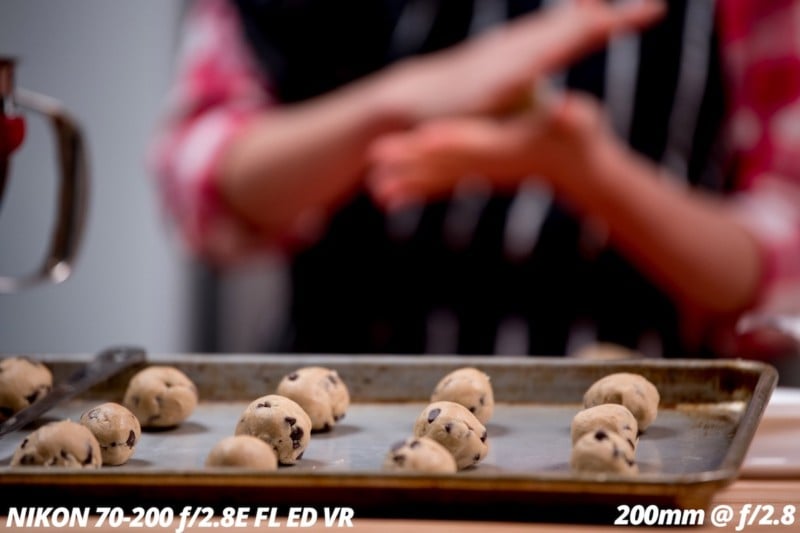 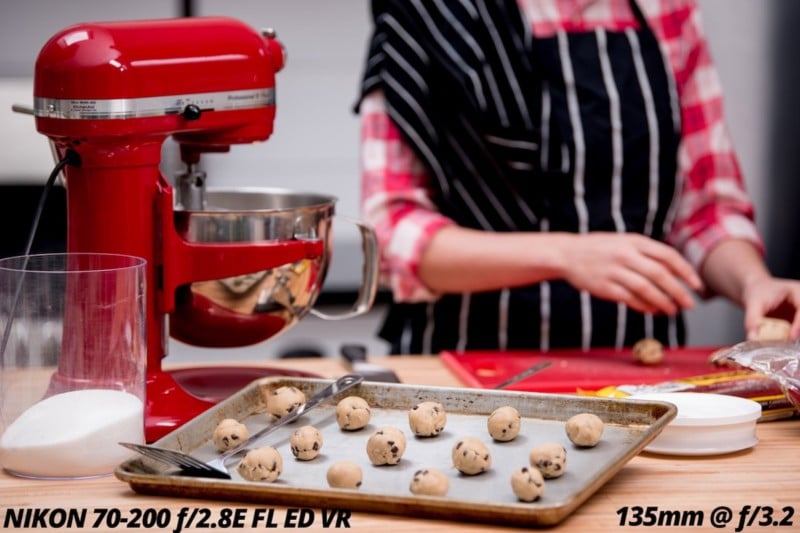 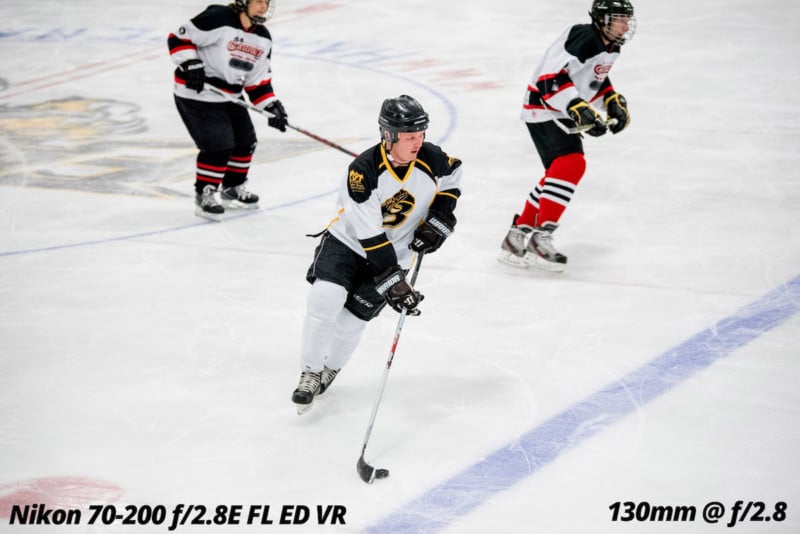 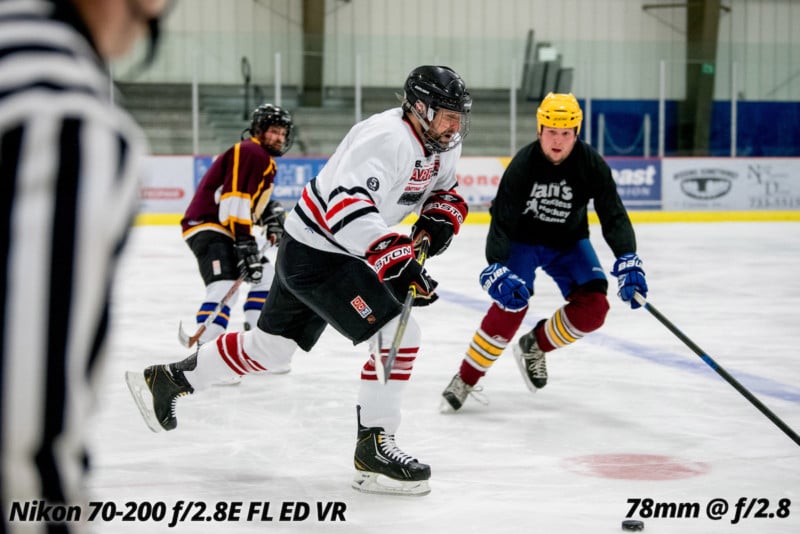 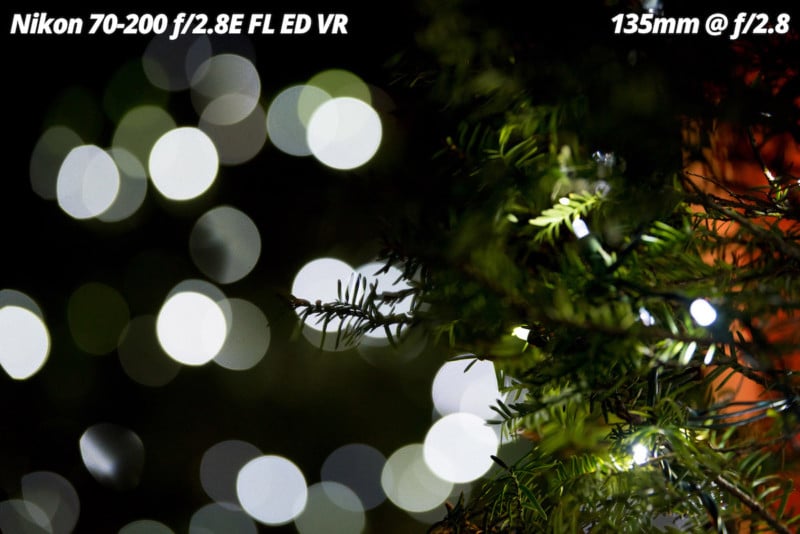 To conclude our thoughts

If you’re a working professional, it’s much easier to rationalize the price when you think about the money spread over several years of use. If you’re a casual or hobby oriented shooter, spending nearly three thousand dollars on this lens is where things start to break down. If you only need the f/2.8 aperture, there are other cheaper alternatives.

Personally, I think the improvements in image quality, AF and VR performance are worth it as a daily 70-200 user. The biggest feature for me is the improvement in back lighting performance. I know that feature will net me better images when I’m faced with tricky or difficult lighting scenarios on a wedding day. But would 99% of most clients notice the difference between the E or G lens? Probably not.

There is no doubt that Nikon improved many things with the 70-200 f/2.8E FL ED VR, the question is what value do you as a photographer place on those improvements?

About the author: Mike Duval is a wedding/engagement/car photographer and Customer Service Specialist at LensProToGo. You can find more of his work on his website, or check out LensProToGo’s rental options on theirs. This review was also published here.