The iPhone 7 Plus—and many other high end smartphone cameras these days—can capture some really impressive photos and video. If you were doubting that, just watch this comparison by Parker Walbeck of Fulltime Filmmaker. He compared the iPhone 7 Plus against his $50K RED Weapon, and was “blown away” by the results.

As with all such comparisons, we need to start by saying that yes, of course, the $50,000 camera with professional optics attached is much better than an iPhone. Spielberg isn’t about to trade in his gear for a smartphone and neither should you.

Walbeck was simply challenged to create a short film using just an iPhone 7 Plus, and for the purposes of comparison, curiosity, and cheekiness, he filmed the same short film with the iPhone and his $50,000 RED Weapon camera at the same time. Like any good filmmaker, all he needed was a bit of gaffer’s tape to make it happen: 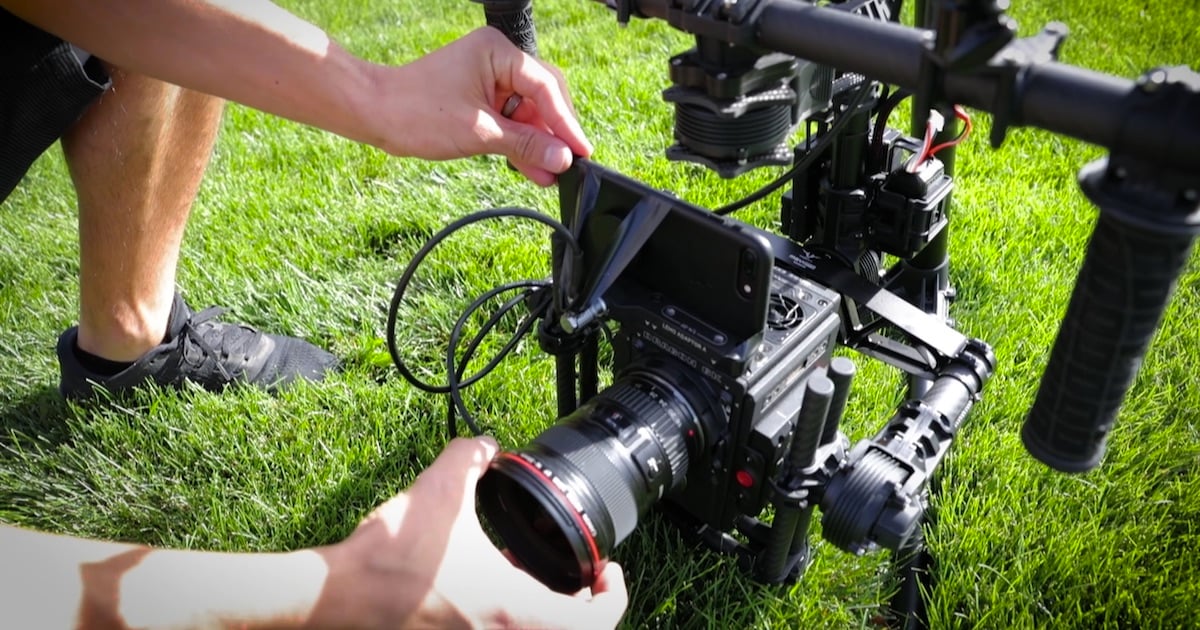 To be perfectly clear, the point of this comparison is to provide inspiration and a touch of education, not to spark debate or feed the trolls. Walbeck says as much in the video.

“Now, before I get an ear-full from all of you RED enthusiasts, I understand the difference between the two cameras and recognize the RED Weapon is a much nicer camera,” says Walbeck. “The point I’m trying to make is that 90% of the video content we watch is on compressed players like Facebook and YouTube, and usually from our teeny mobile devices; therefore, the difference between the two is not super noticeable IF you know how to utilize the camera to its fullest potential.”

That said, even on a compressed screen, via a screengrab, converted to a JPG, and then posted to a blog at 800px wide, you can still probably tell which of the frames below was taken with an iPhone and which was the RED Weapon. The thing is, when you’re watching the moving images on YouTube at 4K, the difference isn’t easy to notice on the fly—especially to the untrained eye. So when we wrote the iPhone 7 Plus held its own, we meant it. And when Walbeck says he was “blown away” by the results from the iPhone, he meant it too.

The comparison, at its core, might seem silly. $50K cinema camera vs $600 pocket computer with a camera built in… wonder which one is gonna win. But seeing what a skilled filmmaker can do with that $600 camera, and how it compares to a $50K version, might help put your GAS into perspective.