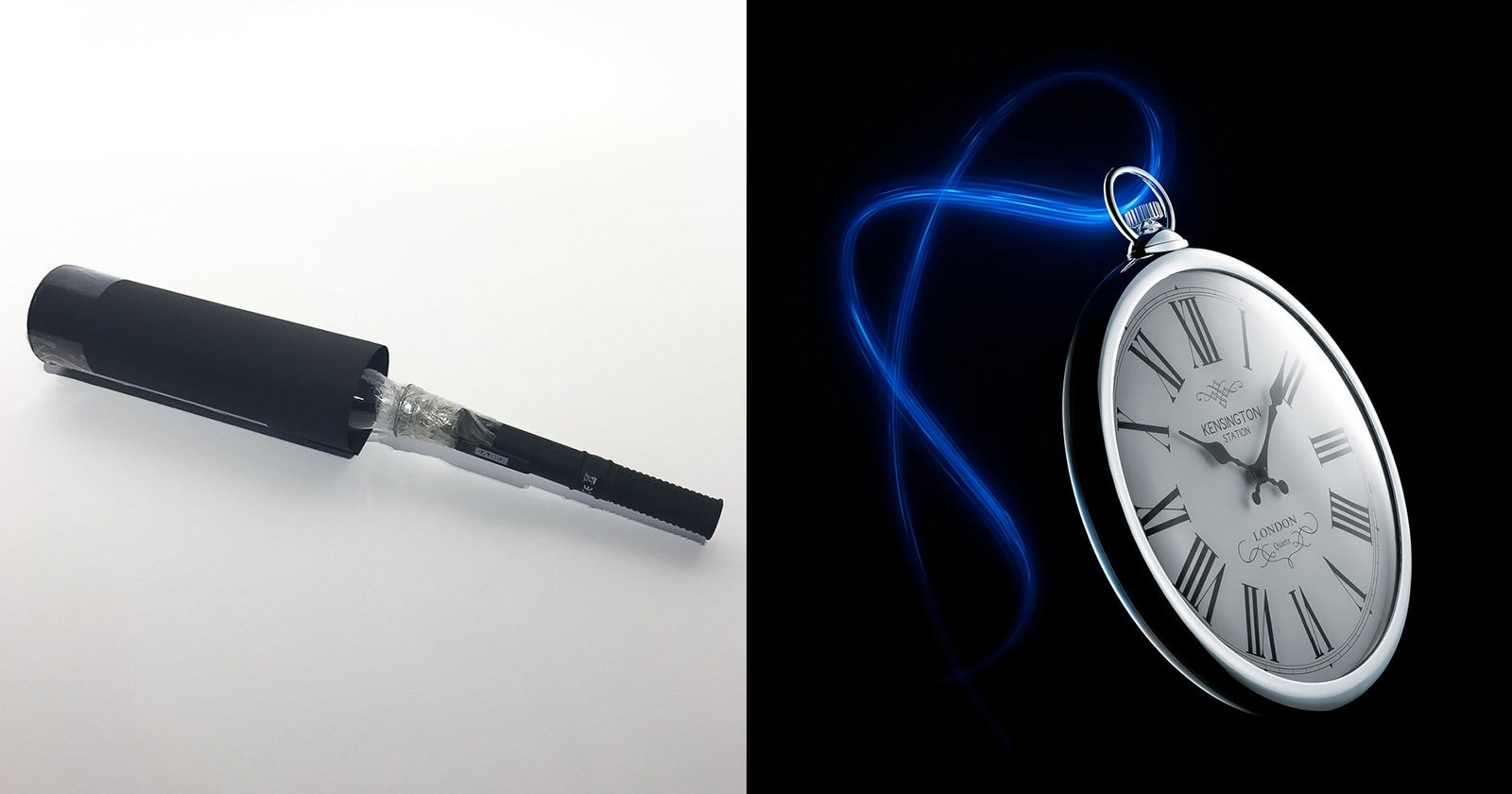 A couple of weekends ago I was playing about with some ideas for a new portfolio shot involving a wall clock. Now, this clock happens to look a bit like a pocket watch, and a pocket watch normally has a chain (see where I’m going with this?). So I figured: “what if instead of a chain, I use some wispy light trails?”

After a bit of trial and error, this is the shot I ended up with. This post isn’t really about the finished shot though, It’s about the tool (and I use that word loosely) that I used to create the light streaks. 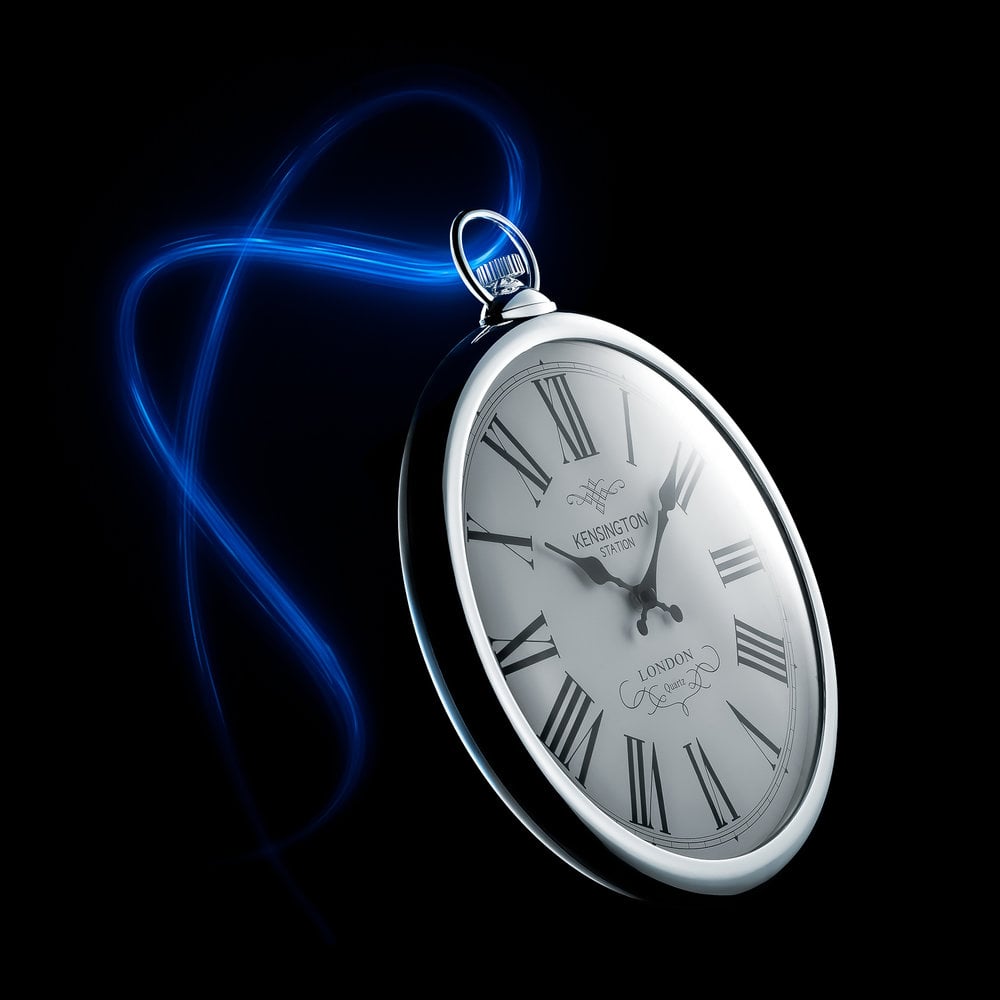 Of course, these days you can easily buy ready made light brushes, sticks, and a plethora of other modifiers aimed at the avid light painter; but seriously, where’s the fun in that?! In true Blue Peter fashion, I knocked together a DIY light painting brush.

It won’t win any awards for style—in fact, it’s about as aesthetically pleasing as tooth decay—but it did give me the effect I was looking for and it’s super simple and cheap to make. So I thought I’d quickly show you how I put it together and maybe it will help someone who is looking to do something similar. 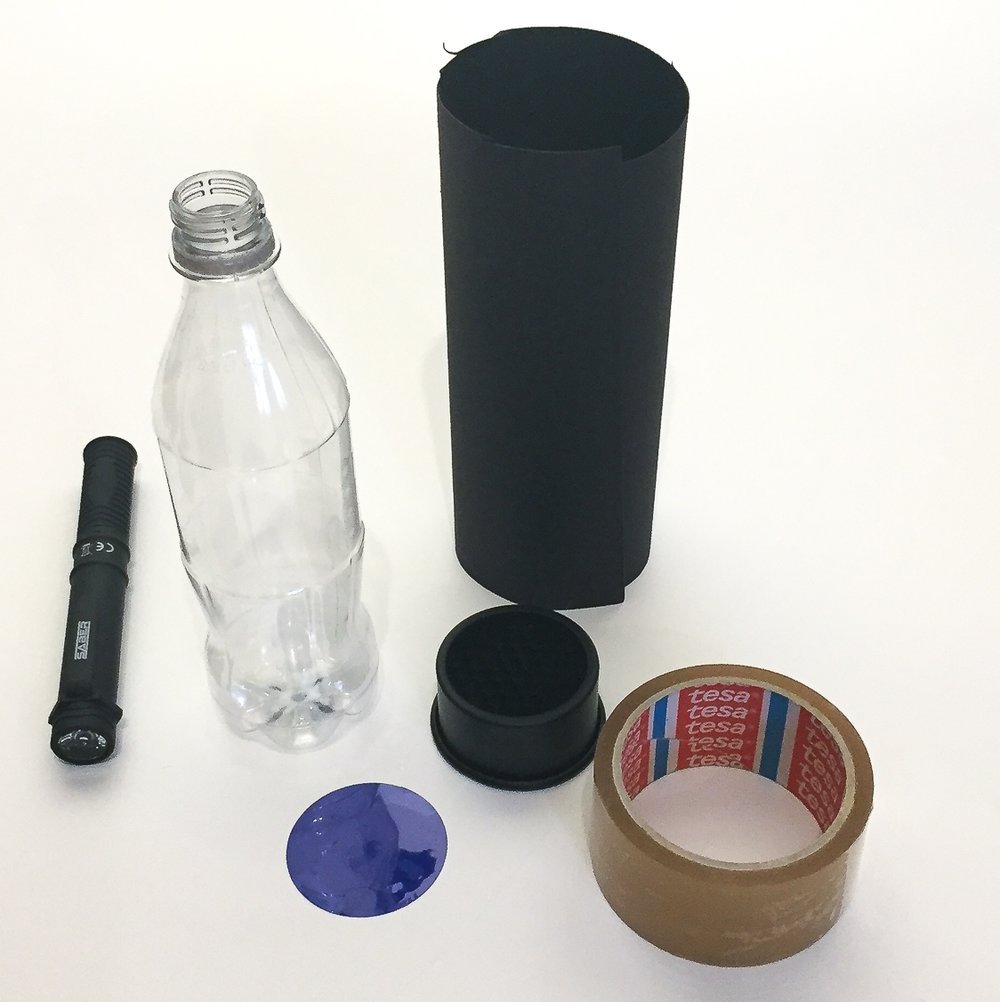 Honestly gaffer tape would be much better but I couldn’t find any (it’s probably on the floor somewhere) so sticky tape had to do.

Assembly was extremely complex and involved several CAD drawings and a team of engineers. Fortunately though I am now able to present you with a simplified process 😉

Adding the bottle to the torch diffuses and scatters the light, helping to create a softer light trail with different brightness levels within it. It almost gives the light a textured appearance, rather than just a solid beam.

Next I cut a piece of black card, made a tube, and taped it around the bottle. It’s basically acting as a snoot, focusing the light at the bottom of the bottle and preventing it from spilling out all over the show. You can, of course, dispense with the snoot, but you’ll find that it gives a different effect and it wasn’t what I was looking for in this particular case.

I should have made the card longer so it extended all the way over the bottle and blocked up the end. Leaving it short like this meant unfiltered light leaked out and was captured along with the blue light, you can see this in the right hand image above.

(By the way that’s my daughter waving the light stick, if you look closely you can just about see her leopard print pajamas!)

In the end I just wrapped a cloth around the bottom part to block that unwanted light from view.

Next I stuck a blue gel over a grid, it’s the type normally used in a snoot. As luck would have it the little grid is almost exactly the same size as the end of the cardboard tube. Result! So it was simply a matter of fitting the grid into the tube and securing with a little tape. 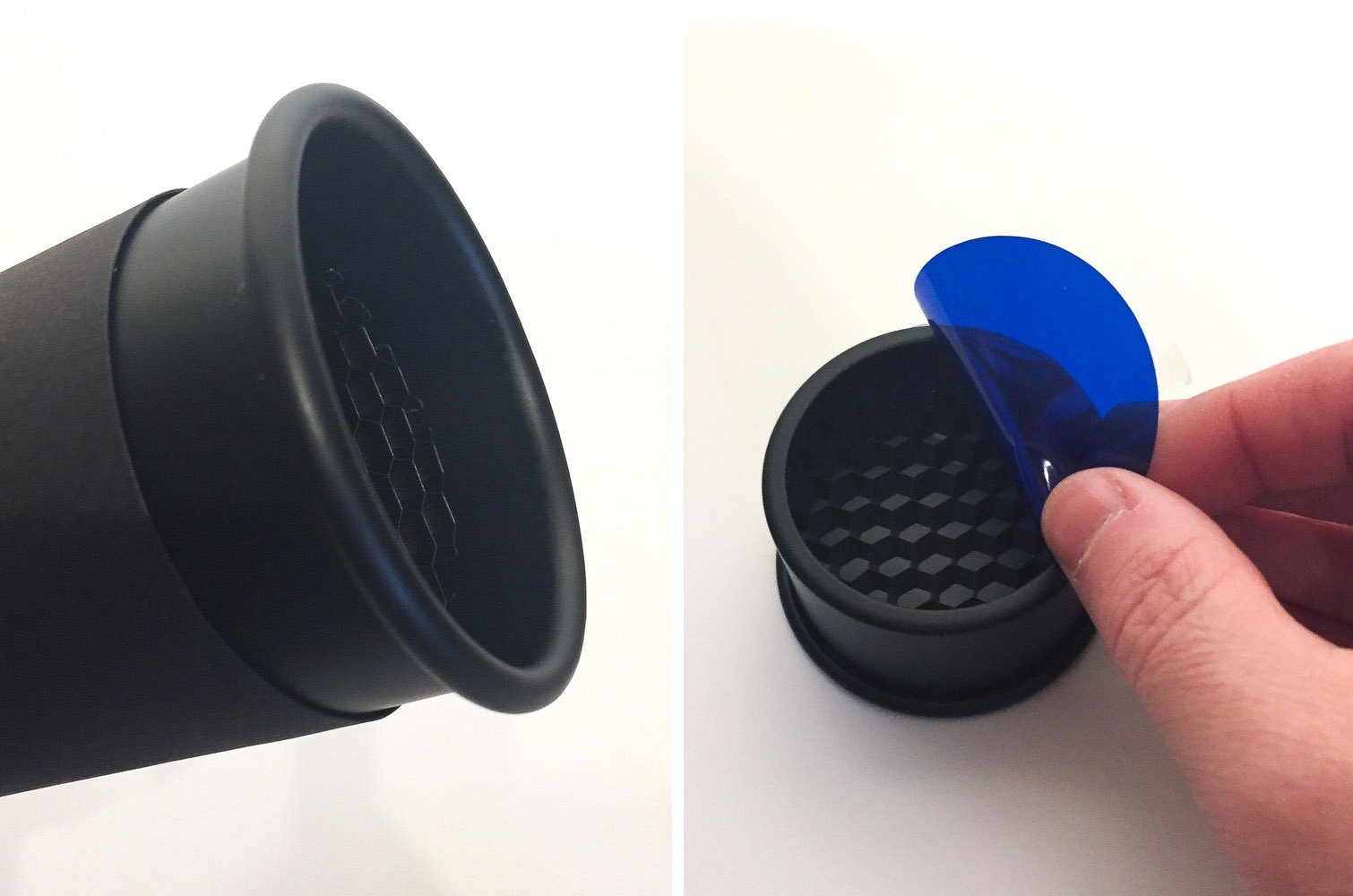 I wanted a blue light, so the reason for the gel is pretty obvious. The grid was added to reduce the light output (filter helped with that also) and narrow the beam. Without the grid the light was too bright even if I stopped down, and I was getting way too much flare.

One light painting brush/torch/wand/stick (whatever!) complete. It did the job. The fact that it looks like something a 3 year old made in art class and that it will almost certainly fall apart doesn’t really matter to me. It was the right tool, at the right time. Low cost and low effort.

Here are a few examples of the effect achieved with this DIY light painting brush. These three images are pretty much straight out of camera, they have just had black/white adjustments in Lightroom and the clarity bumped up a bit. 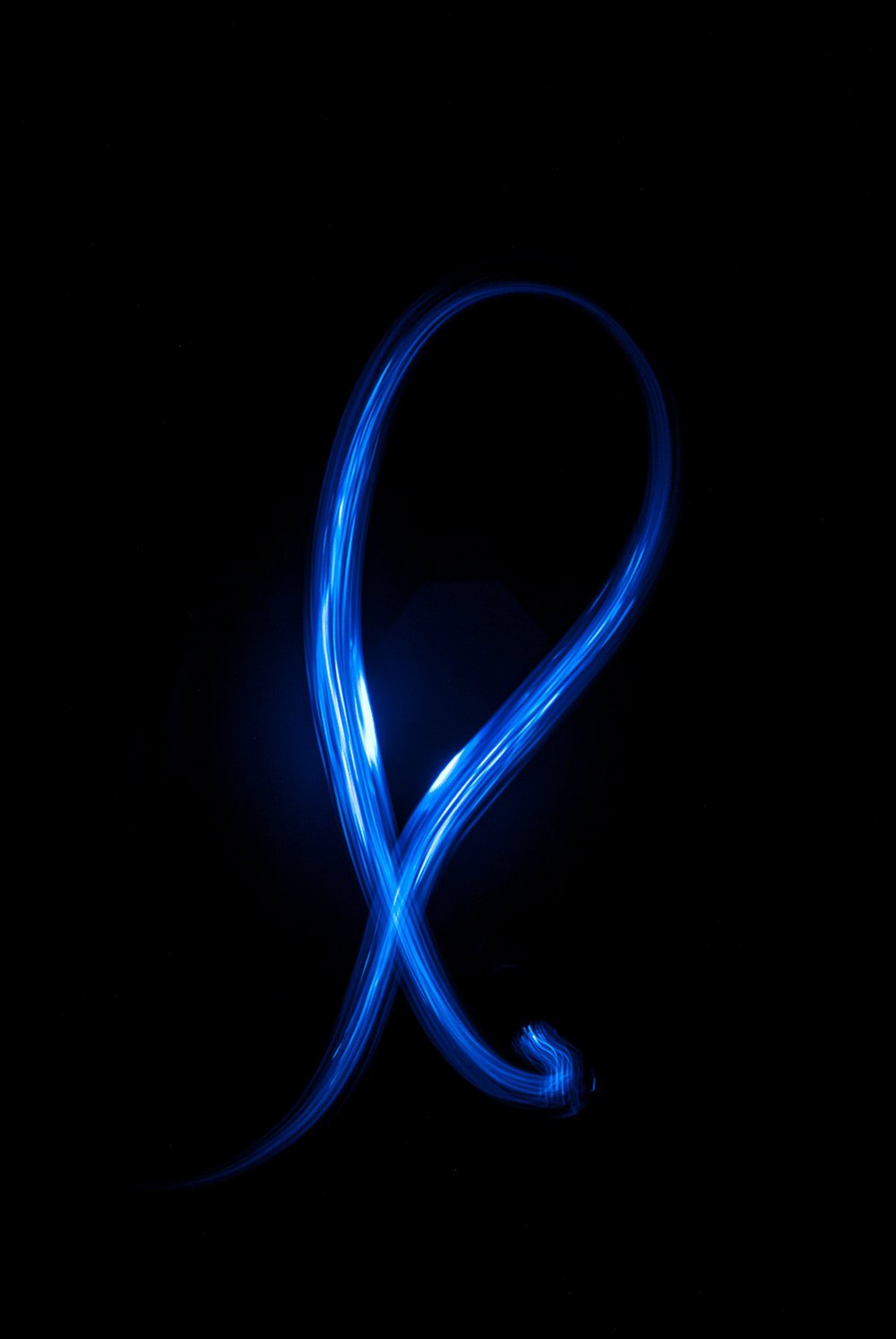 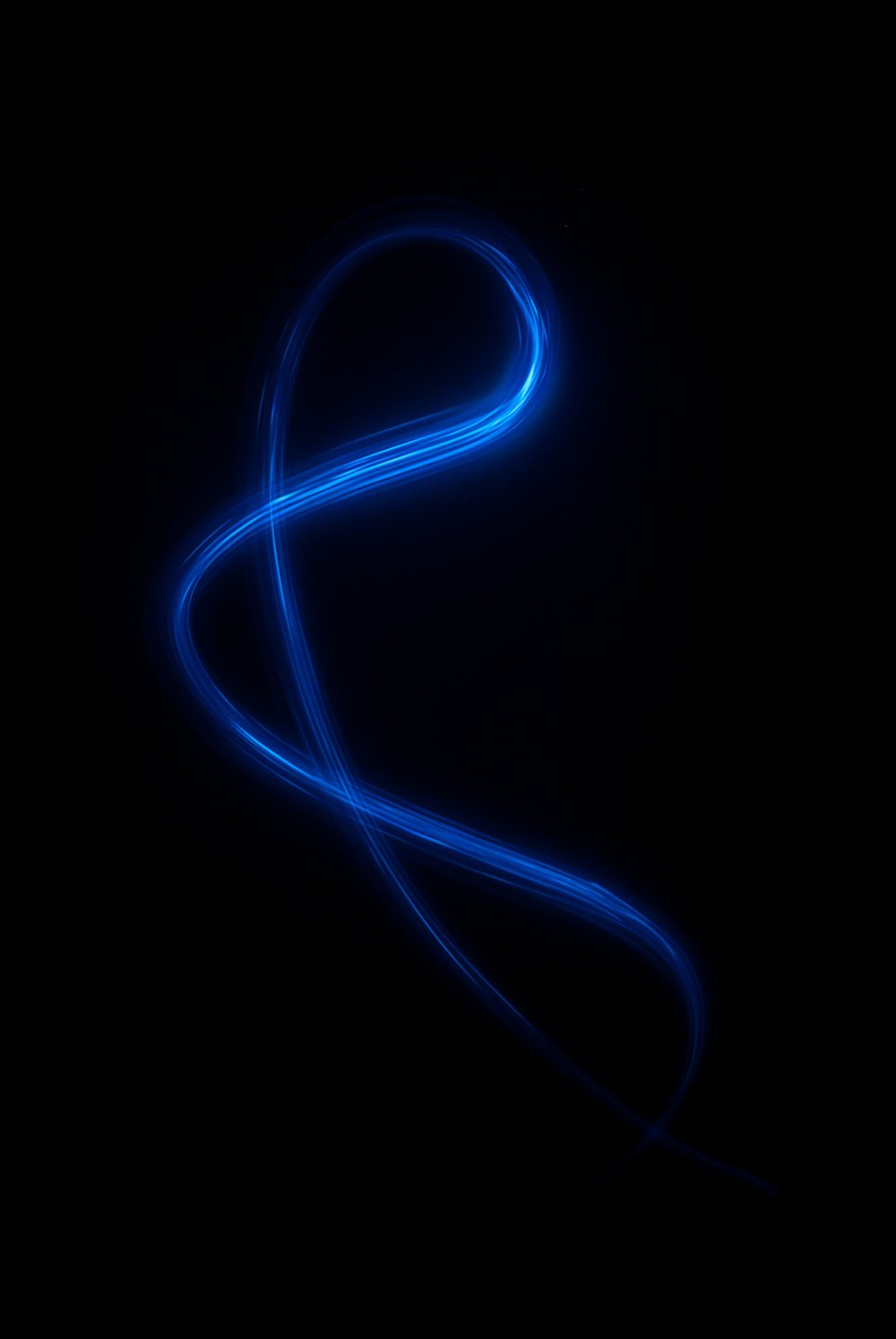 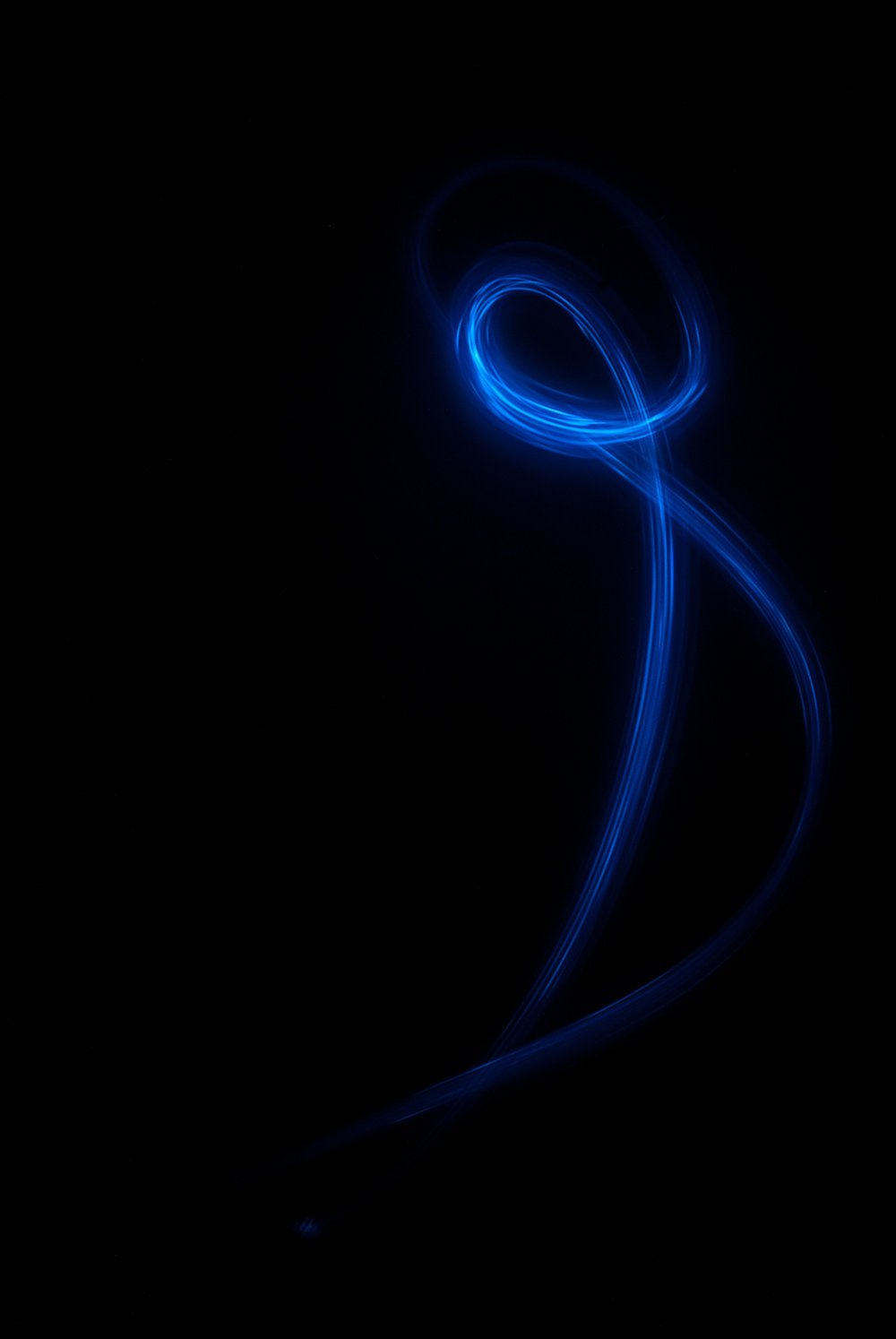 About the author: Darren Turner is a Northern Ireland-based product and still life photographer. You can find more of his work on his website, or by following him on Facebook and Instagram. This post was also published here.