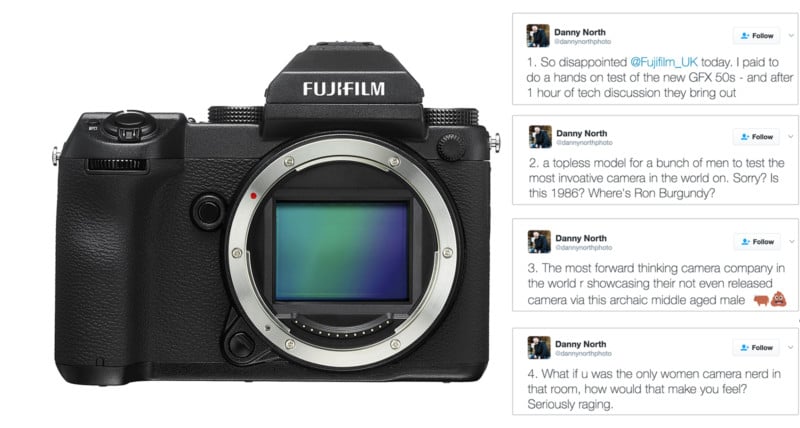 Earlier today, photographer Danny North was at a paid Fujifilm UK event to try out the much-anticipated medium format GFX 50s when something shocking happened. After the technical talk, Fuji UK brought out a topless model for the predominantly male audience to test the camera on.

The audacity of the situation shook and angered North, who walked out of the event immediately and vented his frustration in a Twitter rant, which was sent to PetaPixel by one of our readers. 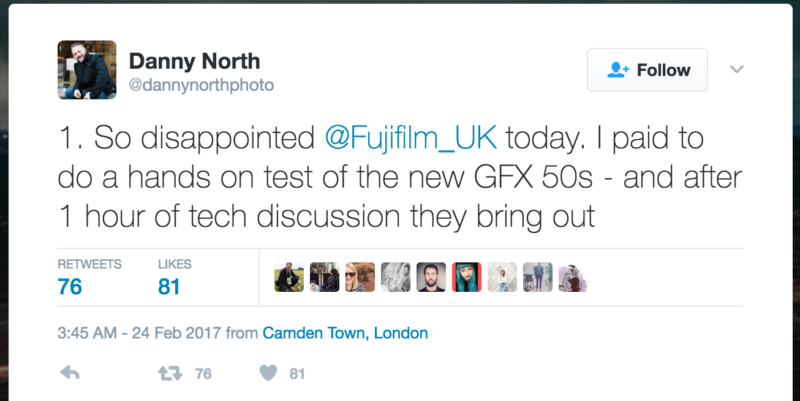 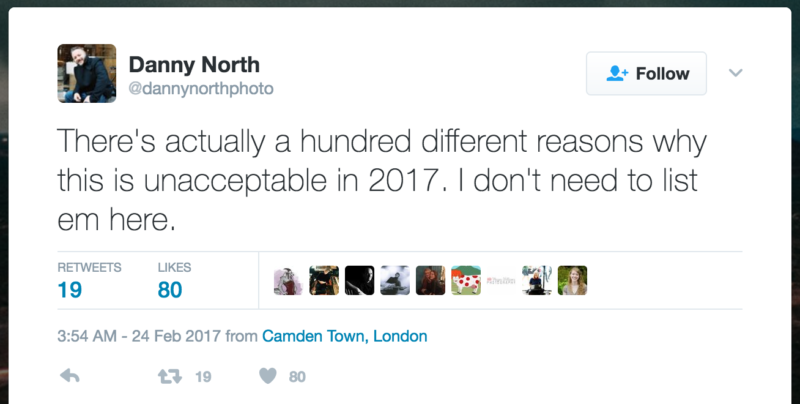 We have reached out to both Mr. North and Fujifilm UK for comment and elaboration on the incident, but it seems the two parties have already been in touch. In a Tweet, Fuji apologized for “any offense caused,” to which Mr. North suggested they donate his refund to the Women’s Aid charity: 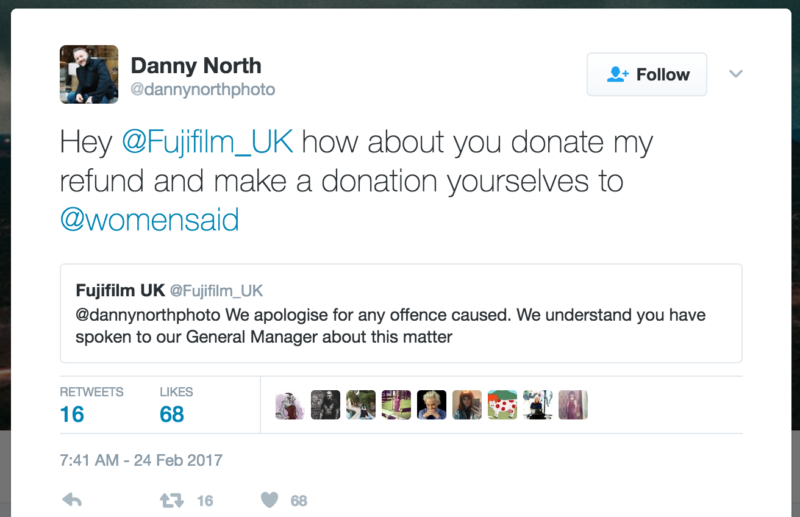 Reactions to Mr. North’s revelations on Twitter have been mostly offense and outrage at the idea that Fuji UK would do something like this. “Please tell me you mean a Porsche cabriolet???” wrote one Twitter user, referring to Mr. North’s mention of the “topless model.” Another was more blunt: “What the actual what?? Christ alive.” she wrote.

@dannynorthphoto @james_blue_cat Please tell me you mean a Porsche cabriolet???

@dannynorthphoto What the actual what?? Christ alive.

@dannynorthphoto good on you for your response and calling it out publicly. As a young female photog using Fuji I'm disgusted by this.

@dannynorthphoto Could barely believe this. Are @Fujifilm_UK completely out of their minds? On what backwards planet is that thoughtful PR?!

@dannynorthphoto @Fujifilm_UK that is shocking- would have expected more from Fuji. Not just in 2017 but at anytime

As for Fuji’s apology, that was met with much the same sentiment:

@Fujifilm_UK @dannynorthphoto so @Fujifilm_UK what made you think this was a great press idea in the first place? I used to respect Fuji.

We have yet to hear back from either Danny or Fuji UK, but we will update this post as soon as we get a statement from either.