This is the story behind the world’s first wide-angle, head-on photographs of a fighter jet. In the video above, photographer Richard Cooke explains how he captured this incredible photograph remotely, on film, essentially shooting blind, back in 1977.

First, lets dispense with the gear formalities. The photograph was captured using a Nikkormat EL with an autowind and a 24mm Nikkor lens with a polarising filter, which was securely attached to the bottom of one of the Royal Air Force (RAF) Red Arrow fighter jets. He shot the image—all the images, in fact—on Kodachrome 64.

Okay, now that’s that out of the way, we can explain how Cooke was able to frame and capture this image remotely on a film camera that he could not adjust in any way. How do you frame a photo without knowing how what your camera is looking at?

The trick, explains Cooke, was all in the white tape. 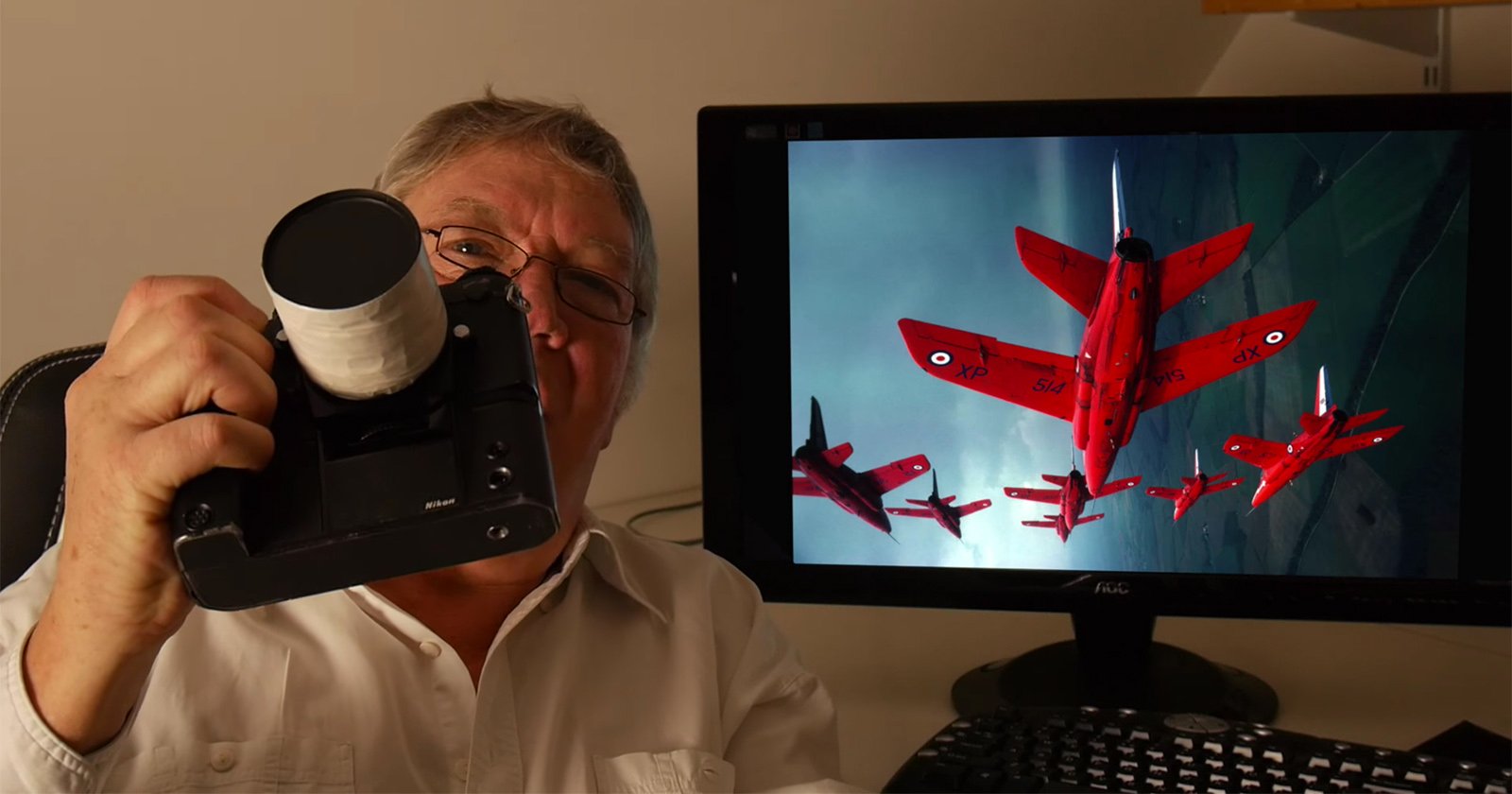 By wrapping the barrel of the 24mm lens in masking tape, he could tell if the pilot was staring at the camera head on, or if it was pointing at an angle—in other words: if you can see white tape, it means the shot isn’t framed; if you can’t, it means the lens barrel is pointed directly at your face. As a bonus, the tape also kept the lens from changing focus or aperture while pulling Gs.

Cooke also worked with the pilot to determine the proper distance from the camera while they were on the ground (there was a ladder involved); the pilot was then tasked with establishing that same distance while they were flying to make sure the shot would be in focus.

They took off, Cooke fired off his 36 exposures, and they landed. When they got back to the ground, the team was stunned by the shot Cooke had managed to capture. They flew again and again, trying different maneuvers and capturing wide-angle shot after wide-angle shot from a perspective that had, quite simply, never been captured before. 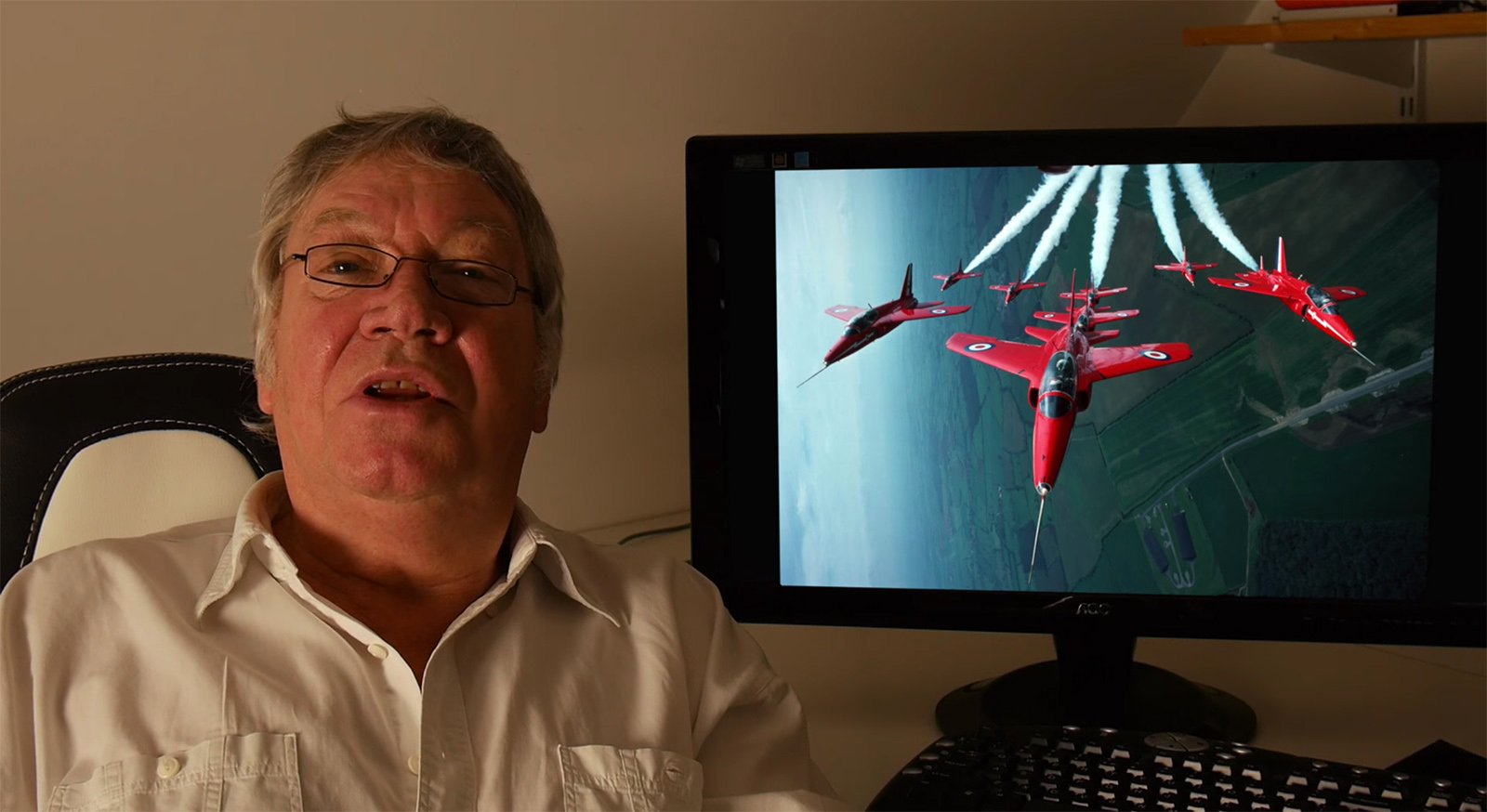 In this day and age, with our powerful remote-controlled rigs and the ability to frame a shot digitally from a distance, it’s easy to pass this off as “just another fighter jet photo.” But it’s not “just another” photo, it’s “the very first” photo of its kind.

This is how amazing photo ideas come into being—creativity mixed with a touch of audacity and a dash of “why the hell not.” Then, slowly but surely, they become part of the mainstream.

Also, who knew the old Nikkormat EL could pull 3 Gs!?