Yongnuo has been making decent Canon knockoffs for a while now, so when it was discovered that an 85mm f/1.8 Canon clone was in the works, we got excited. Now, we get to find out if the Yongnuo, at half the price of its Canon counterpart, can keep up.

YouTuber Christopher Frost gives us a great overview of the brand new Yongnuo lens in his most recent review, and the verdict is not a surprise.

The short answer to the question “Can it keep up?” is “No.” But you already knew that. At half the price of Canon’s surprisingly sharp 85mm f/1.8 USM (~$200 vs Canon’s ~$400), nobody was expecting an identical lens in every regard. So the question becomes, “Where does the Yongnuo version fall short?” 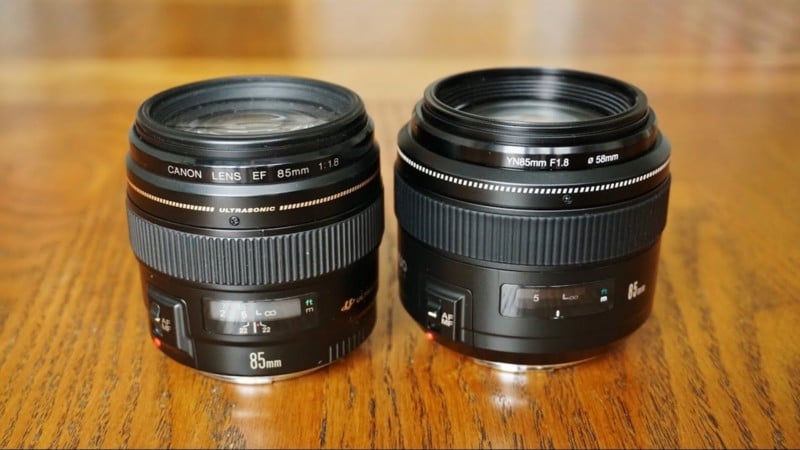 First, the good. Build quality—a combination of metal mount/filter threads, plastic parts in the middle, and a rubberized focus ring—is actually great for the price. And when it comes to optical quality, the lens holds it own pretty well against the Canon. It’s softer in the corners wide-open, but the difference is gone by the time you hit f/4.

So where did Yongnuo cut corners and save you that $200? Mainly Autofocus. On an SLR, the focus was accurate, but it’s noticeably slower than the Canon and so noisy you might want to consider buying a good pair of earplugs. It reminds me of my first Canon Nifty Fifty… except louder.

Finally, one last (and very major) drawback is that Frost couldn’t get it to work with his Canon EOS-M mirrorless camera. If he tried to stop the lens down past f/2.8, the camera would simply lock up. Of course, this is one camera and one third-party adapter combination, but mirrorless shooters probably won’t want to risk buying a dud. 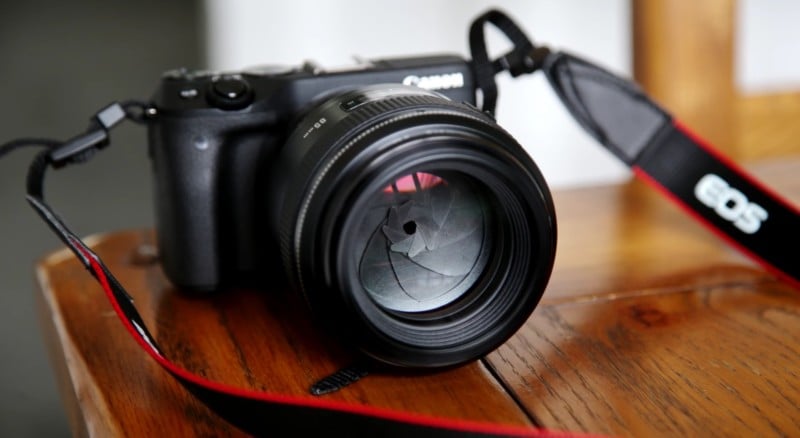 Overall, the Yongnuo lens doesn’t stray far from the “you get what you pay for” cliché.

If you shoot only stills, shoot only on an SLR (not mirrorless), don’t mind the slower noisy autofocus, and aren’t pixel peeping the corners of all your wide-open shots, save $200 and be on your merry way. But if you’re concerned about any of the things mentioned above, try to find a good used version of Canon’s 85mm f/1.8 USM instead.