Stern—known primarily for his interesting tutorials and weird lens reviews—first worked with Ferrer when they created this video of fruit under UV light. That video was interesting, but making the jump from fruit to people was definitely a good idea.

The final video (above) was shot with two DSLRs side-by-side—one modified to only capture UV light, the other a normal run-of-the-mill digital camera—under two constant UV lamps. As they shot, they had their models put different things on their skin, eat a variety of items, and just generally pose for the camera; then, at the very end, they took portraits using Ferrer’s special UV ring flash.

Here’s a quick behind the scenes video they created to show you the setup:

The side-by-side shots are interesting, and we all love seeing people put on sunscreen in UV, but the portraits are definitely our favorite part of the project.

Each of them looks like a color shot that’s been converted to black and white and then heavily post-processed to bring out skin features like freckles… except it’s not. It’s just a regular ultraviolet portrait: 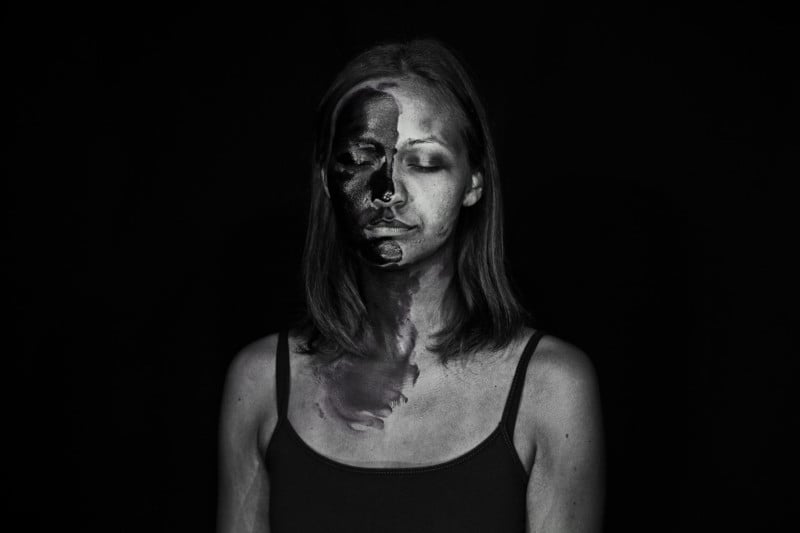 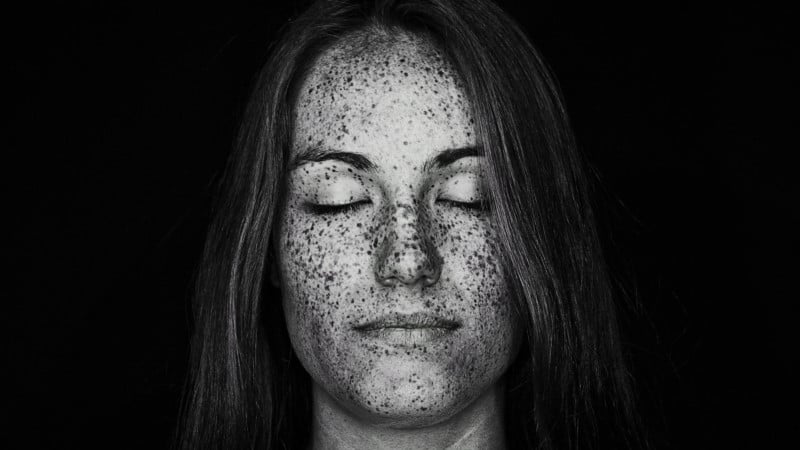 Image credits: Photos and video by Mathieu Stern and Pierre-Louis Ferrer, and used with permission.