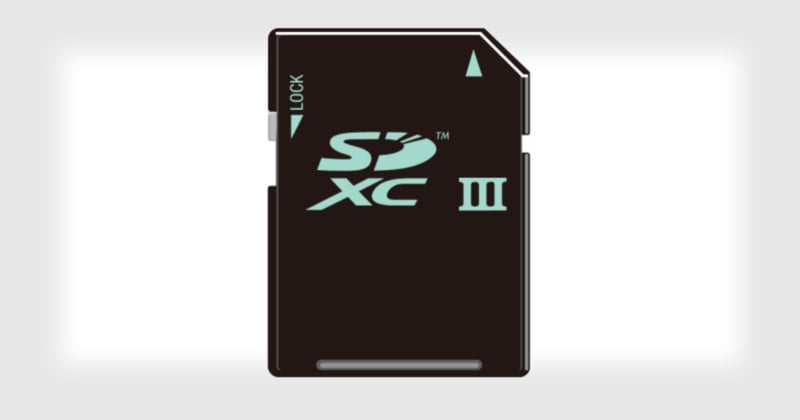 Hot on the heels of Sony’s “world’s fastest SD card” announcement, the SD Card Association has announced a new, much faster standard for SD and microSD memory cards: UHS-III.

UHS-III doubles the already “ultra high speed” transfer capabilities of UHS-II, raising the bar from 312MB/s—the maximum theoretical limit that Sony was only 12MB/s short of with their newest cards—to a blistering 624MB/s. The progression from the original “high speed” standard of just 25MB/s to the current 624 can be seen in this handy chart: 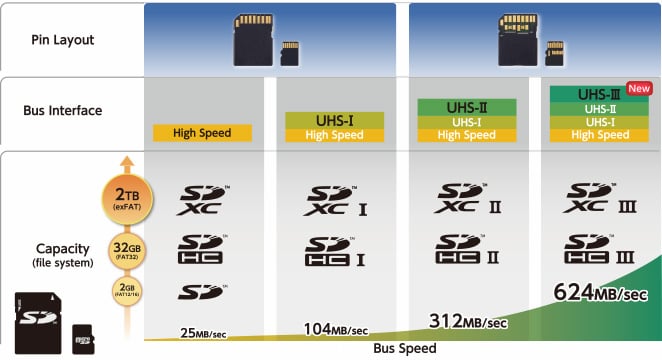 And that’s the whole point. As the data burden from higher megapixel counts, impressive burst capabilities, 360° capture, and Ultra HD video continues to increase, SD cards don’t want to be left in the dust behind CFast 2.0, XQD, and even newer technologies like UFS.

What we have to wait for now is adoption; but fortunately, if and when camera manufacturers put UHS-III compatible slots in their latest releases, those ports will be fully backwards compatible with all existing SD cards. To find out more about the new standard, which comes in both SD and microSD varieties, click here and check out the full SD Association press release.