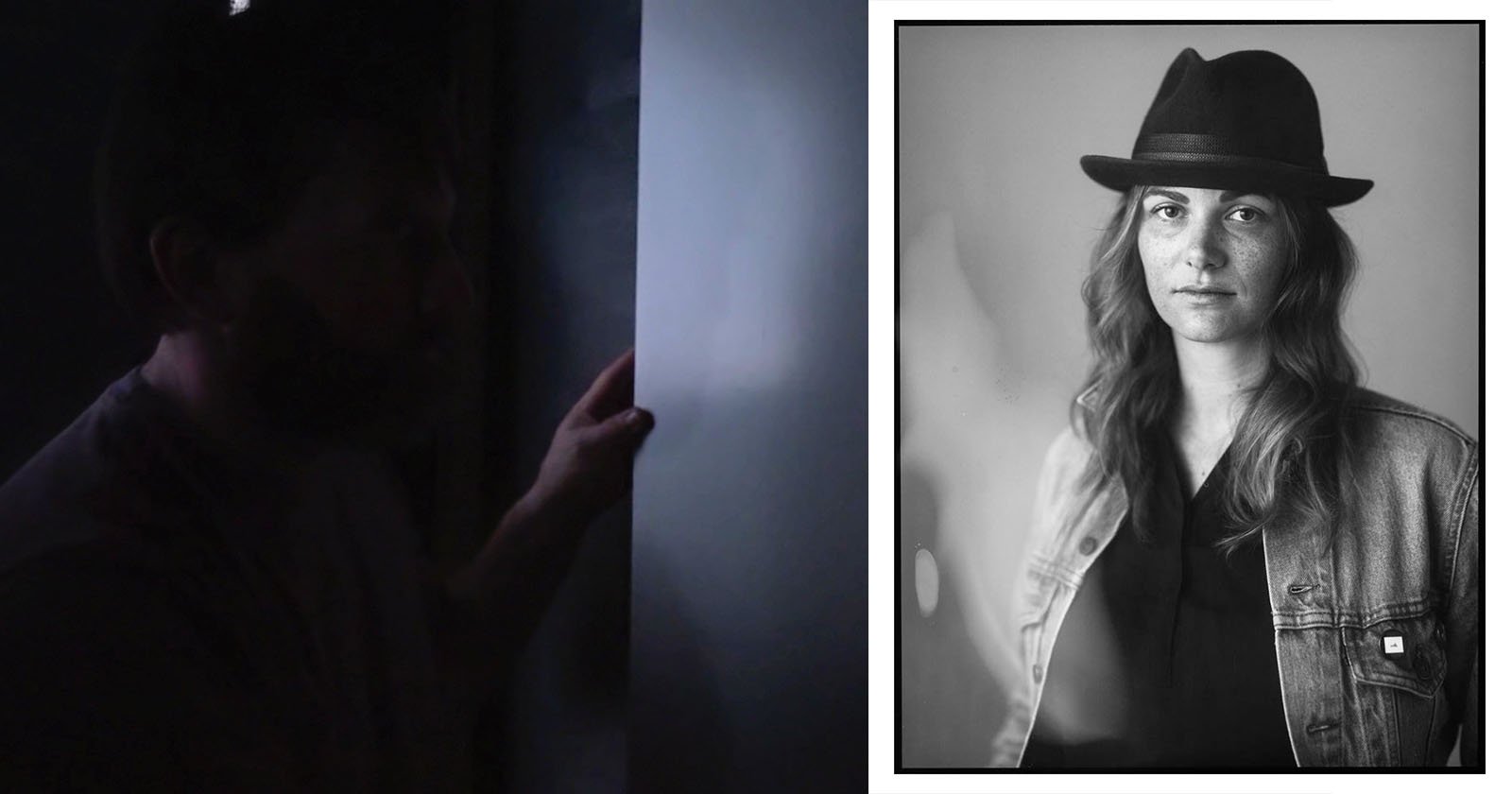 It’s not every day that you come across a camera that’s big enough for the photographer to stand in. But that’s what photographer Ross den Otter built for the recent Capture Photography Festival in Vancouver, Canada: he shot portraits from inside a 4x8x8-foot camera obscura. Unlike in ordinary portrait photography, Den Otter wasn’t able to communicate with his subjects face to face or do photography with his eyes. For the duration of the shoots, he remained inside his dark tar paper camera obscura, capturing his subjects’ likenesses on B&W photo paper by listening. “For me, it was fascinating that the secondary senses a photographer used when working with a subject provided the strongest clues in these sessions,” Den Otter says. “My sense of vision was removed by using this tool, so my sense of hearing became its proxy.” 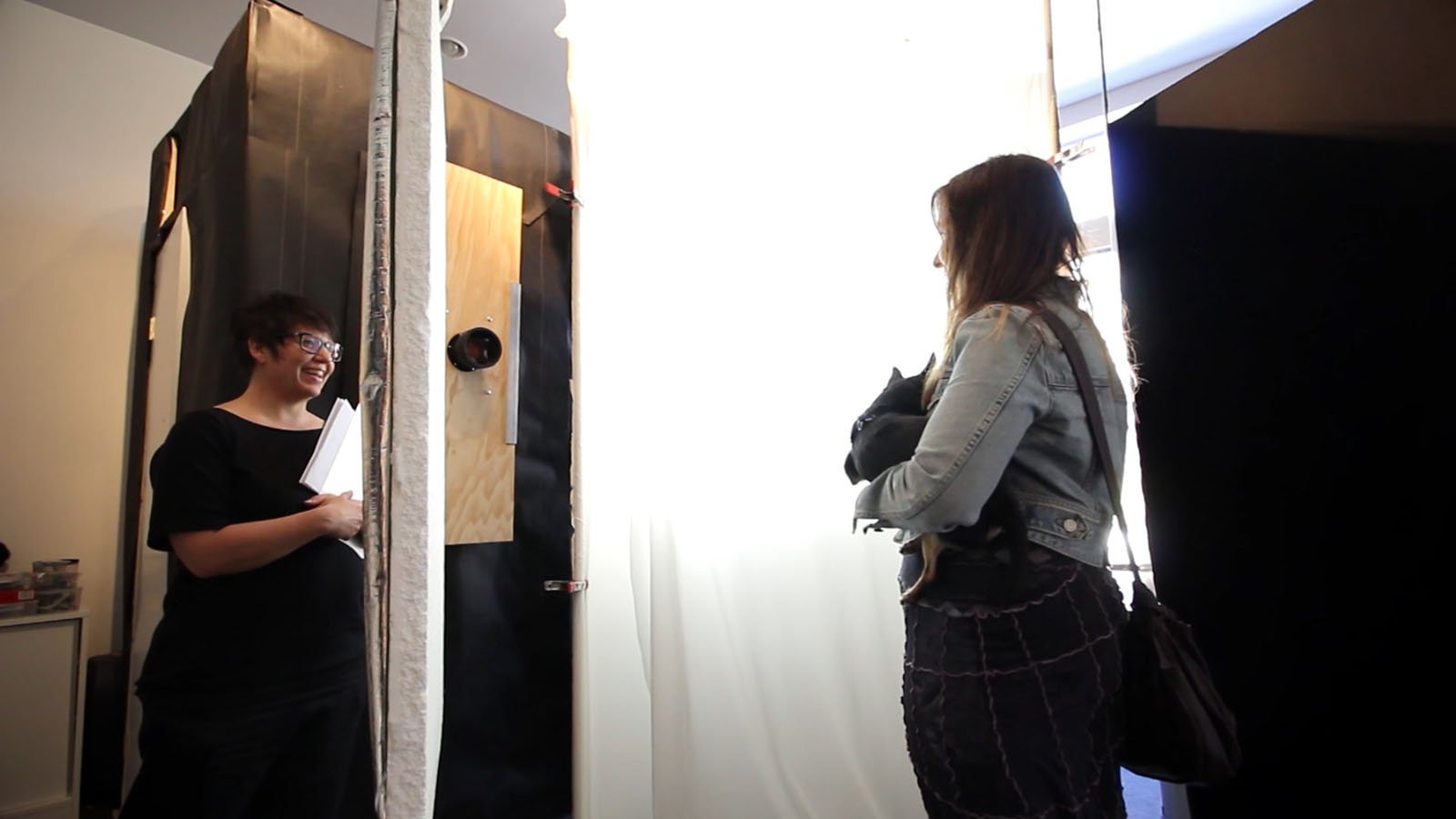 “My voice through the wall was the cue to the subject, and my sense of hearing provided my clues to stillness,” he continues. “The sounds of the subject were my only indications of movements; had the sitter moved from the point of focus of the lens? In this process sound became my only indicator.” Here are some of the photos he shot while standing inside the pitch black box: 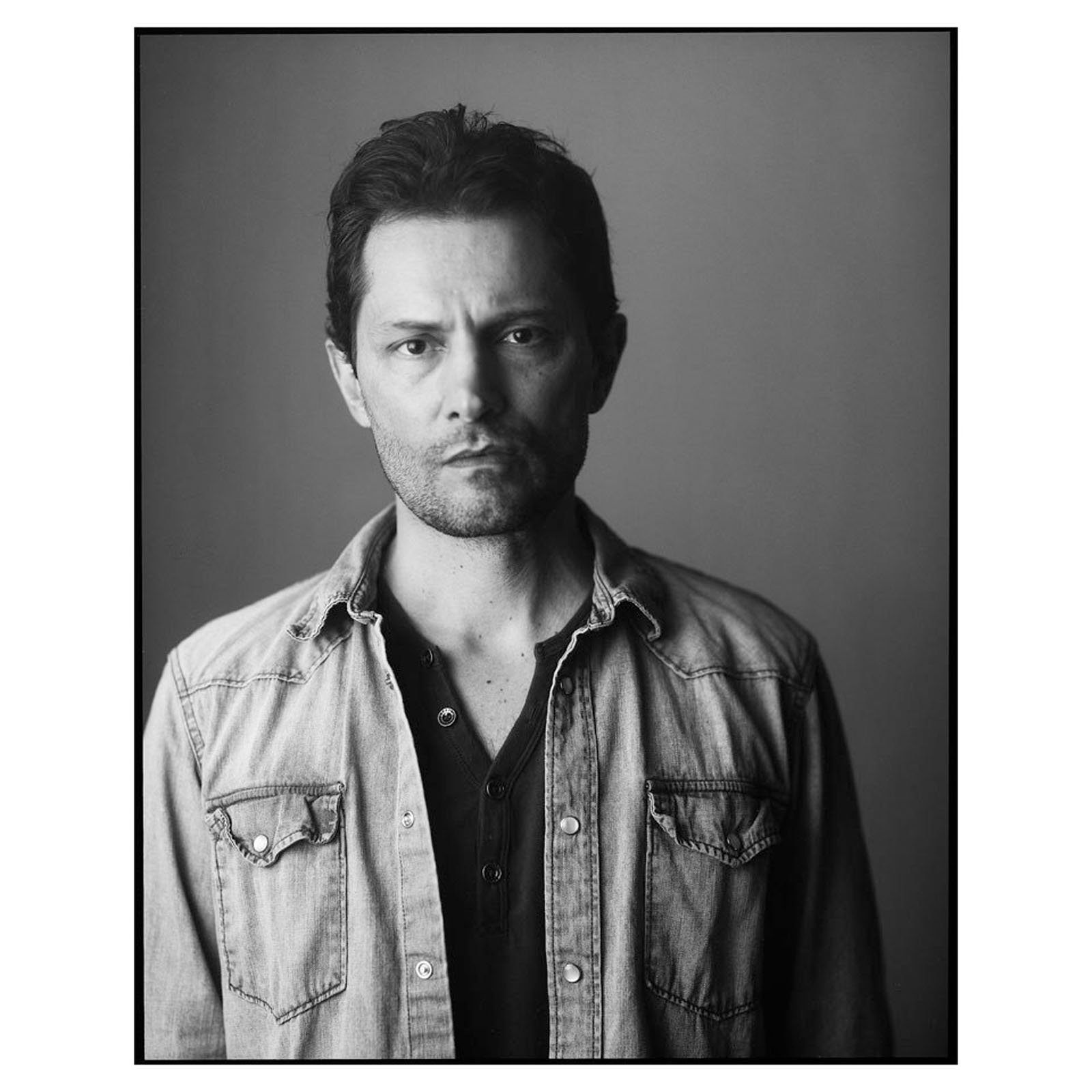 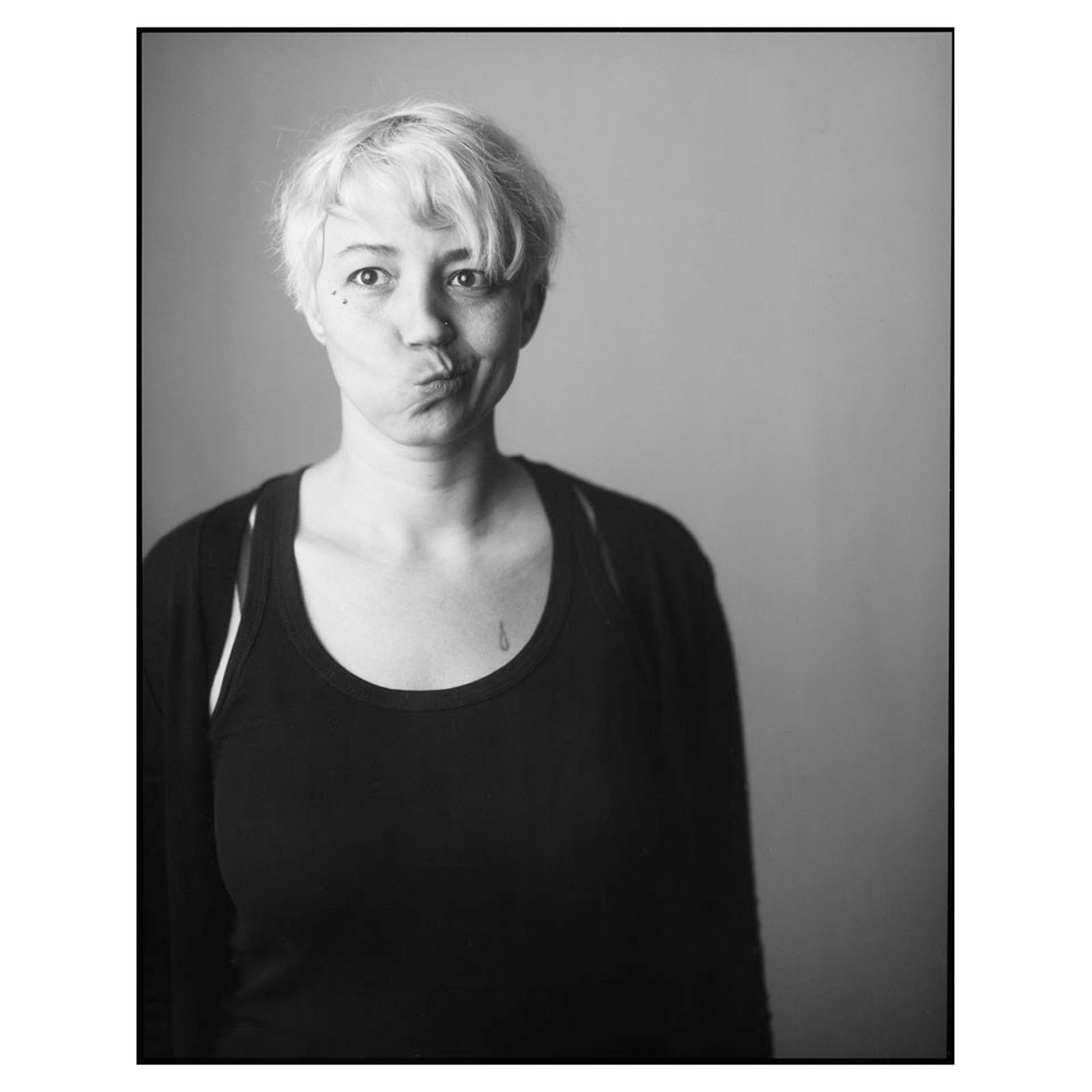 Finally, here’s a 6.5-minute video in which Den Otter talks about this project and offers a behind-the-scenes look:

You can find more of Den Otter’s work on his website.