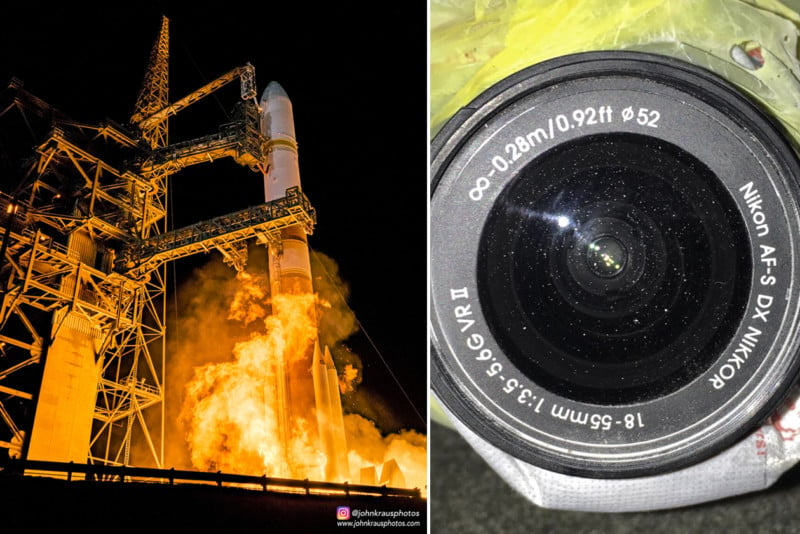 Photographer John Kraus has brought rocket launch photography back into the mainstream. His photos regularly go viral online, and we’ve shared several of them here on PetaPixel as well. But these incredible shots come at a price, as he showed us yesterday.

John is a credentialed media member, shooting rocket launches for AmericaSpace.com with a sound-triggered Nikon D3300 and a 18-55mm kit lens he sets up much closer to these launches than any human is allowed to be. Since he can’t be there to take the photo or protect the camera, he takes precautions.

“I protect the camera from weather with a plastic bag,” writes John. “I have to stake down the tripod with tent stakes and zip ties to prevent the rocket or winds from knocking it over. The focus and zoom rings are taped down to prevent vibrations from the launch shaking them out of place. For night launches I rubber-band two or three hand warmers underneath the lens to prevent dew from forming.”

Here’s what this setup looked like when he shot the Delta IV rocket launch in August: 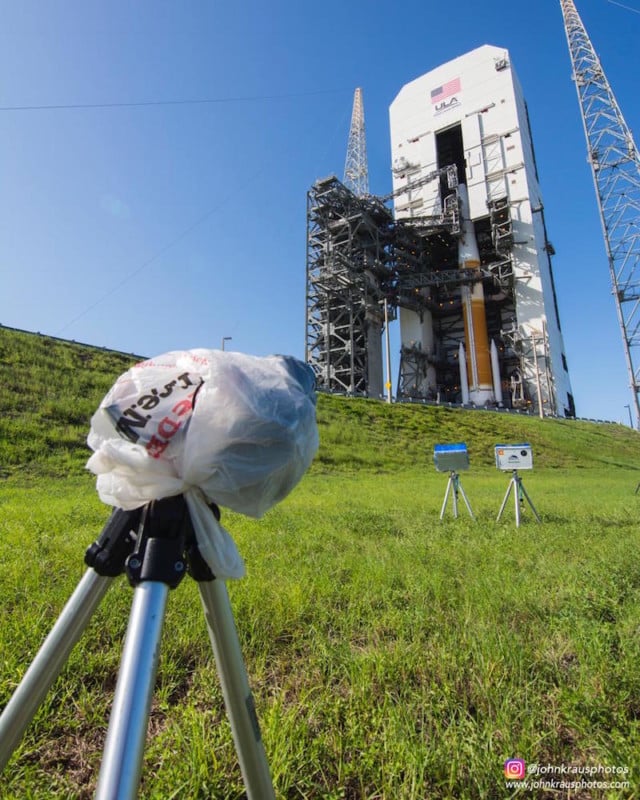 Sadly, while all of these precautions do a great job of protecting his kit from rain and wind and vibration, they’ve got nothing on a solid rocket booster’s acidic exhaust.

After his most recent assignment—a Delta IV launch of the WGS-8 satellite—Kraus took to Reddit to show fellow photographers what happens to a camera lens when it’s pelted by a solid rocket booster’s exhaust from just 45 yards away. 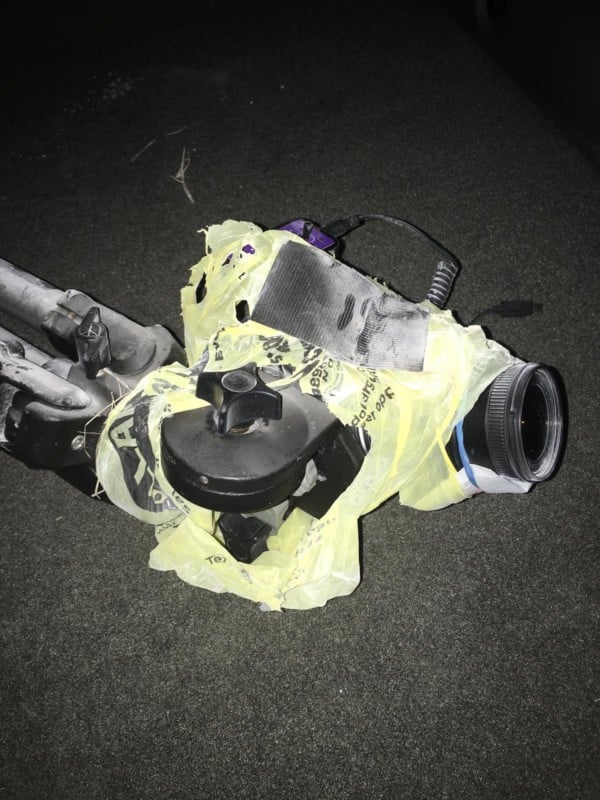 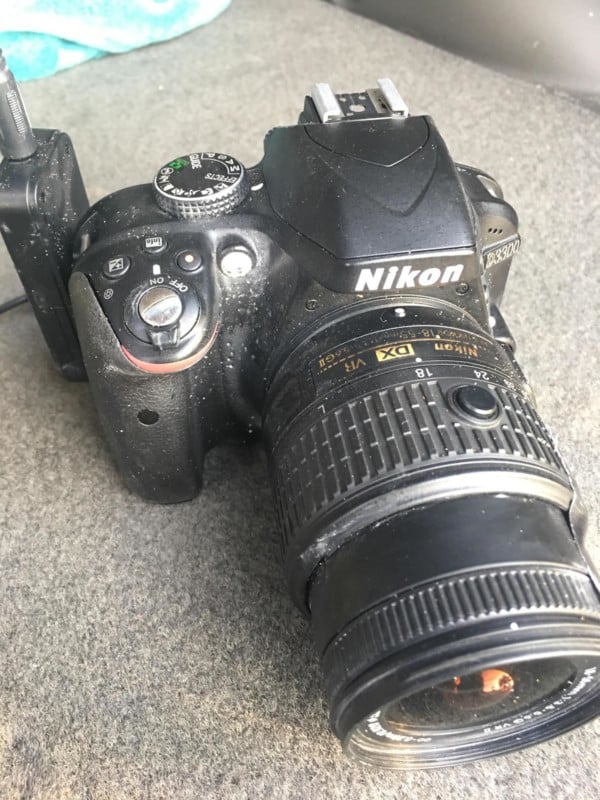 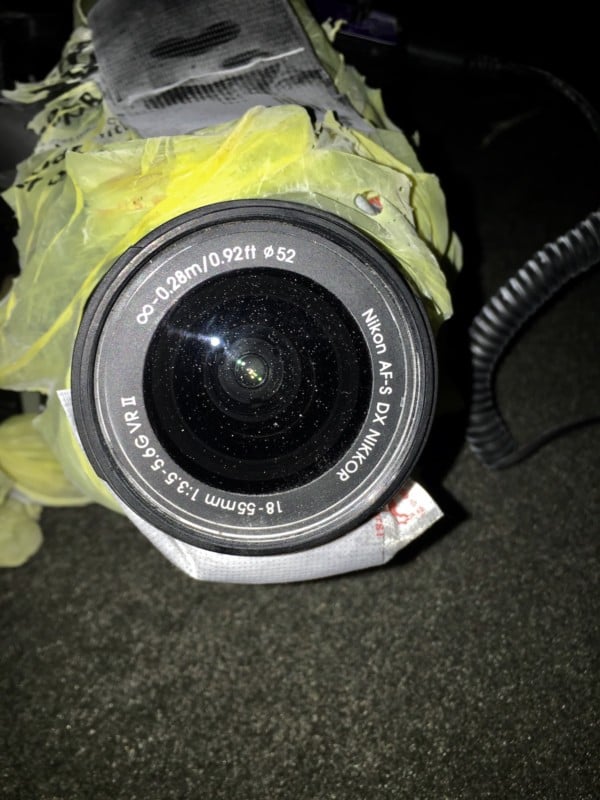 Even with a plastic bag for protection, the acidic exhaust melted through portions of the plastic bag and attached to the camera. The front element of the lens has a bunch of pitting due to HCl particles pelting the front element. Hopefully I’ll be able to clean off most of the exhaust with some water and baking soda, but the lens will likely have permanent scars.

And if you’re thinking “just use a UV filter!” you should think again. As John explained on Reddit and again in an email to PetaPixel, he can’t use a UV filter or other glass protection because of dew and flaring issues.

“Using a filter triples the surface area dew can form (lens, each side of filter),” writes John. “With such bright engines in the photo, there’ll likely be significant ghosting or flaring.”

It’s unfortunate the lens might not survive this encounter, but the pictures are most certainly worth it: Image credits: All photographs by John Kraus and used with permission.