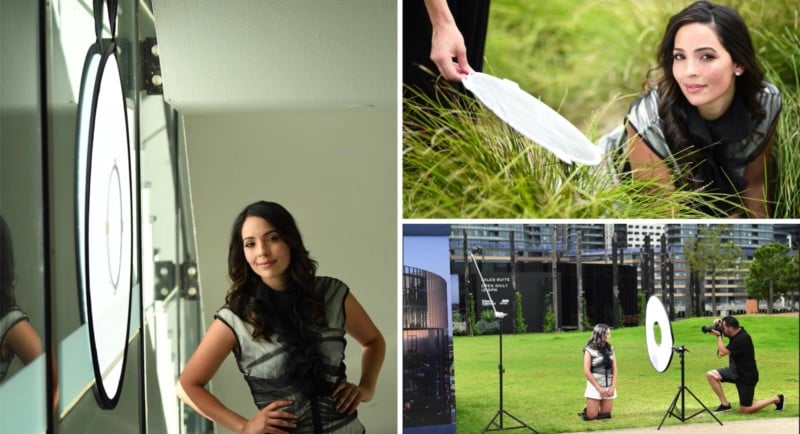 The Omega 360 is Westcott’s followup to the slightly less versatile 10-in-1 Omega reflector released back in 2014—the shape of the reflector has been updated, and the 10 has been upgraded to 15. Let Westcott show you all of them in this introductory video:

The collapsible reflector’s versatility is due mainly to the included accessories and the ability to pop out the center portion to create a poor man’s ring light.

With the center popped out and the reflector mounted between you and your model, you can use a single light source behind your subject as both key and backlight. Beyond this, the full 40-inch circle can be used as a diffusion panel or standard reflector, the 13-inch circular inserts can be used as their own mini reflectors, and there’s even a suction cup in the pack so you can mount it to diffuse harsh window light.

The reflector comes with white, silver, sunlight, and black covers, a 1-stop diffusion panel, and the aforementioned suction cup in the carrying case. To learn more about the Omega 360 Reflector, head over to the Westcott website where you can dive into each of the reflector’s 15 uses and order your own for $130.