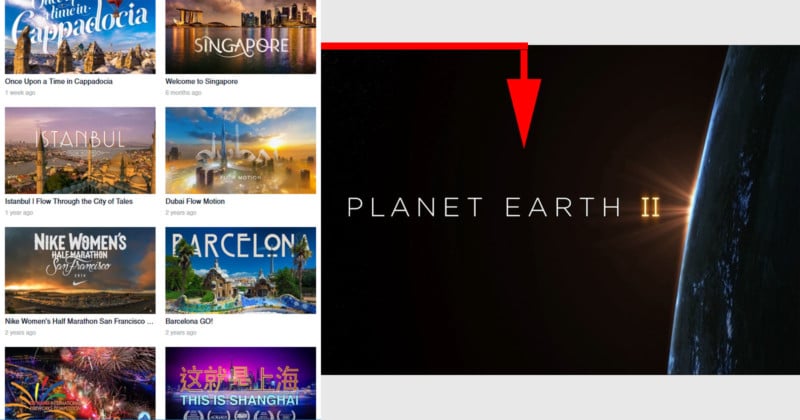 Five years ago I was somewhere in the wilds of central Vietnam, about to click upload on my first ever video project. If you had told me then that, in just a handful of years, I would be contributing to one of the entertainment world’s most prestigious and popular wildlife documentaries — BBC’s Planet Earth II — I think I’d have had trouble keeping a straight face. But that was before I witnessed firsthand the power of the Internet and a good idea.

The Power of Social Media

Awaking the next morning I found it had attracted 280 plays, which seemed a staggering number as I certainly didn’t have 280 family members to share it with. In the next few hours that number doubled, and by the end of the day it had hit 20,000 plays. This seemingly impossible momentum didn’t slow, and after three (sleepless) days I’d watched the counter roll up to 700,000.

Cut to five years later and I’ve had the opportunity to employ my signature flow motion video style in some of the world’s most spectacular locations — Kuala Lumpur, Shanghai, Pyongyang, Barcelona, Dubai, Istanbul, Singapore — creating videos that, with surprising consistency, attract upwards of a million plays. I’ve worked in over 20 countries for clients like Samsung, Nike, McDonalds, Turkish Airlines, and even the occasional Sheikh.

This Sunday, the BBC will broadcast the final episode of its flagship 4K documentary series Planet Earth II, featuring three minutes of my flow-motion sequences. The show will be watched by around 12 million people in the UK and up to 600 million people globally.

So how did I go from one man with a camera, laptop, and patchy internet connection in the Vietnamese jungle, to working on one of the most successful programs of all time?

In 2013, I received an email out of the blue from BBC producer Fredi Devas. He’d seen a recent video I’d made about Shanghai, where we were living at the time, and wanted me to shoot some time-lapse “for a forthcoming nature program” he was working on to be broadcast in 2016. It was going to be about urban wildlife. As soon as I saw the words “BBC Natural History unit” I was hooked.

This was really early on in the production. Fredi then flew out to Shanghai, to do some test and provisional shooting, which I understand was one of the first shoots of the whole series.

It all felt pretty surreal. I had two Macbook Pros — one from 2006 — and a modest amount of semi-pro camera kit I’d carefully built up over the years. I’m pretty sure Fredi found this pretty amusing but luckily he didn’t seem to be perturbed.

Thankfully the shooting went really well and I worked with the BBC over the following years, shooting in Milan, Hong Kong, Singapore and Vietnam. I love the challenge of going to the world’s most photographed places and coming up with something new.

During my time on Planet Earth, my primary kit consisted of 2 to 4 Nikon DSLR and lens. The BBC would also provide extra cameras, typically Canon, to work with. Upon arrival at various airports, I’d meet the BBC crew as they’d wait at the luggage belt for Peli case after Peli case of BBC kit to appear while I’d stand there meekly with a couple of small suitcases cases, containing everything I needed. 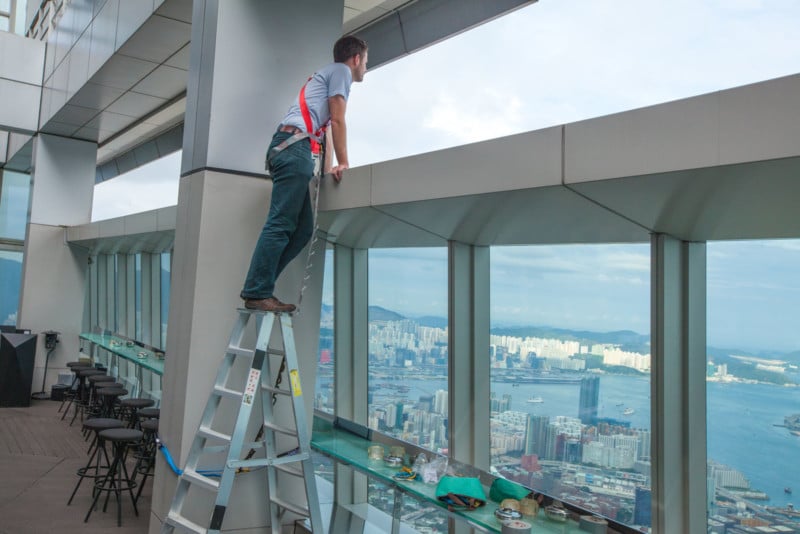 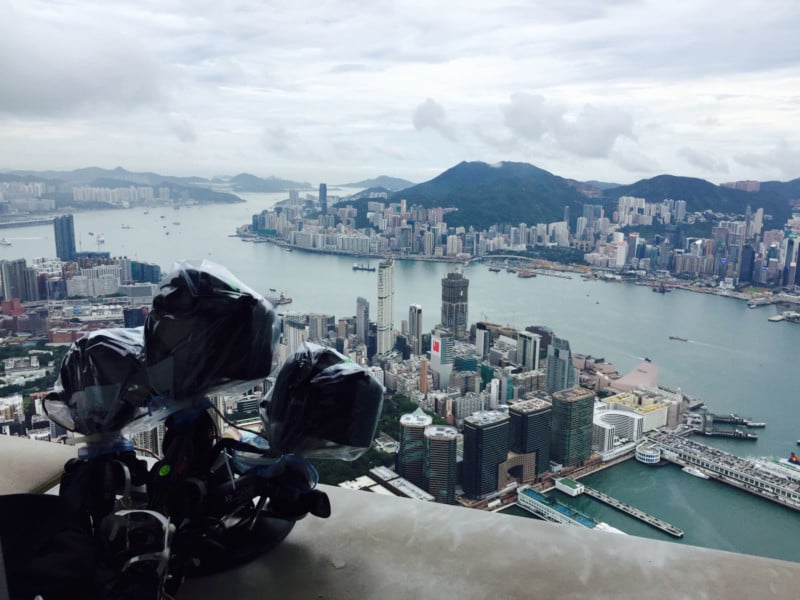 Taking the Viewer on a Journey

I call my work “flow motion”: the idea is to mimic a single take, transporting the viewer on an impossible journey through different scenes and locations. The key to this is agreeing the sequence and then shooting what you need to create it. I then take the files away and assemble them into the agreed storyboard. Unlike with more traditional filmmaking it’s a lot harder for a third-party editor to add a scene or cut without interfering with the overall style.

A good example is the Hong Kong sequence following the journey of light through the worlds most illuminated city.

This was shot over 13 days with me and Fredi, the producer and director, agreeing a storyboard and selecting the locations. Once the shooting was complete we had very little to show for it. Just 70,000 Raw files that made little sense to anyone else except me.

I then spent 144 hours assembling and editing these files into a baggy first draft of the sequence. The key then was to get the sequences through the various rounds of feedback changing as little as possible. It’s not unknown for entire shoots to be cut from the final edit so it’s something of a nerve-wracking time.

The intro sequence is pretty special. It consists of some reworked archive footage and some set pieces shot specifically for the show. Editing them together to create a seamless journey was both challenging and hugely rewarding.

So from uploading my first video on Vimeo, I’m now waiting to see my first work for Planet Earth broadcast, shot on a mixture of pro and semi-pro camera kit produced on laptops in hotel rooms or airports the world over. 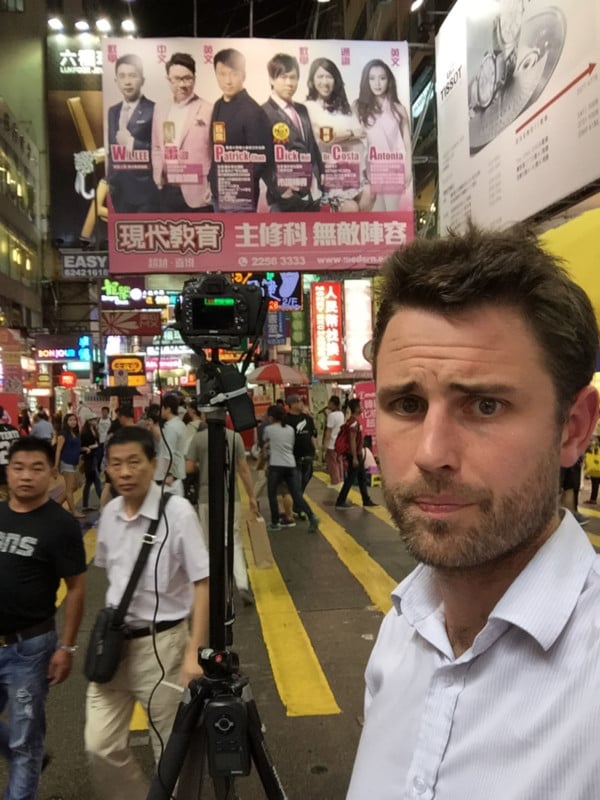 It has been an exceptional journey moving from that first online video to being a part of one of the most ambitious documentary projects in television history. Exceptional though it may be, this kind of success isn’t out of anyone’s reach; the tech is cheap and powerful, the Internet can circumvent industry barricades, and the prospective audience is huge.

All anyone needs is a good idea and the drive to bring their creation to light.

About the author: Rob Whitworth is a British photographer and urban filmmaker who has achieved international recognition for his time-lapse films. His Vimeo channel alone has received over 9 million views. You can find more of his work on his website.