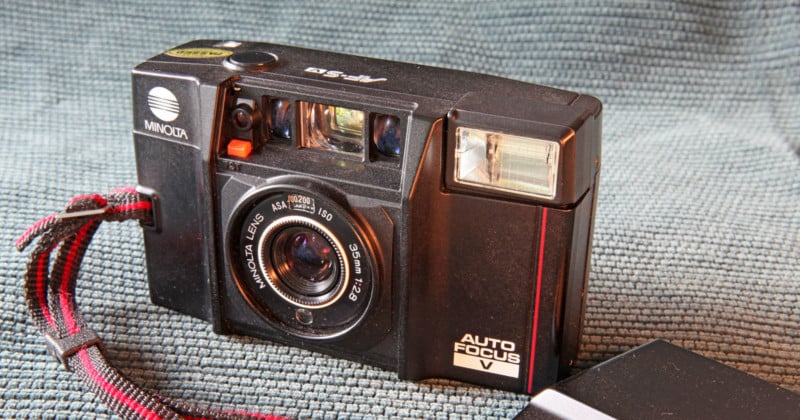 Back in 1984, Minolta launched a camera called the Minolta AF-S V. Marketed in the United States as the “Minolta Talker,” the camera would actually speak to the photographer using it.

If you’ve reached the end of your roll of film, the camera will tell you to “Load Film!” And if you’re trying to shoot a dark scene, the camera will warn and instruct you that it’s “Too dark!” and that you should “Use flash!”

If you’d rather not hear a voice talking to you all the time while you’re taking pictures, you can turn off the voice using a switch on the back of the camera.

Here’s a demo of the Minolta AF-S Talkman for the Japanese market:

If you’re interested in buying a Minolta Talker for yourself, you can find them for about $10 over on eBay.

Image credits: Header photo by FreeUsePhotos and licensed under CC BY 2.0