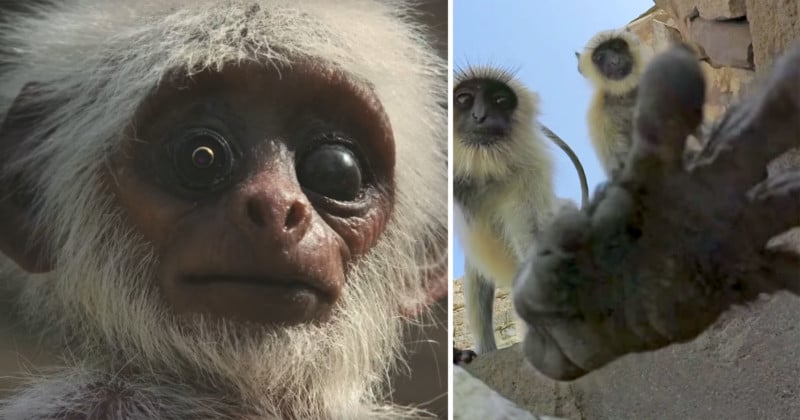 For its new nature documentary TV show, Spy in the Wild, BBC One deployed a wide range of spy cameras made to look like realistic animals. Using the creepy-looking robotic spies, the show was able to capture rare and impressive shots of wildlife up close.

Here’s a 30-second trailer for the new show, which premieres today on BBC One:

As you can see, the spy camera creatures include wild dogs, monkeys, crocodiles, lemurs, prairie dogs, and more.

There are some episode preview clips that provide a glimpse into what the spy cams saw. When the crew placed a robotic spy monkey among a group of Langur monkeys, it was mistaken for a dead baby. The monkeys crowded around the lifeless baby langur camera and showed signs of grieving.

The prairie dog camera showed that there’s a lot of intimate kissing going on in the world of prairie dogs:

Finally, a baby crocodile camera was able to shoot remarkable shots of a mother crocodile with her tiny babies:

You can find the official page for the show on the BBC One website. The first 3 episodes so far in the 5 part series are titled “Love,” “Intelligence,” and “Friendship.”