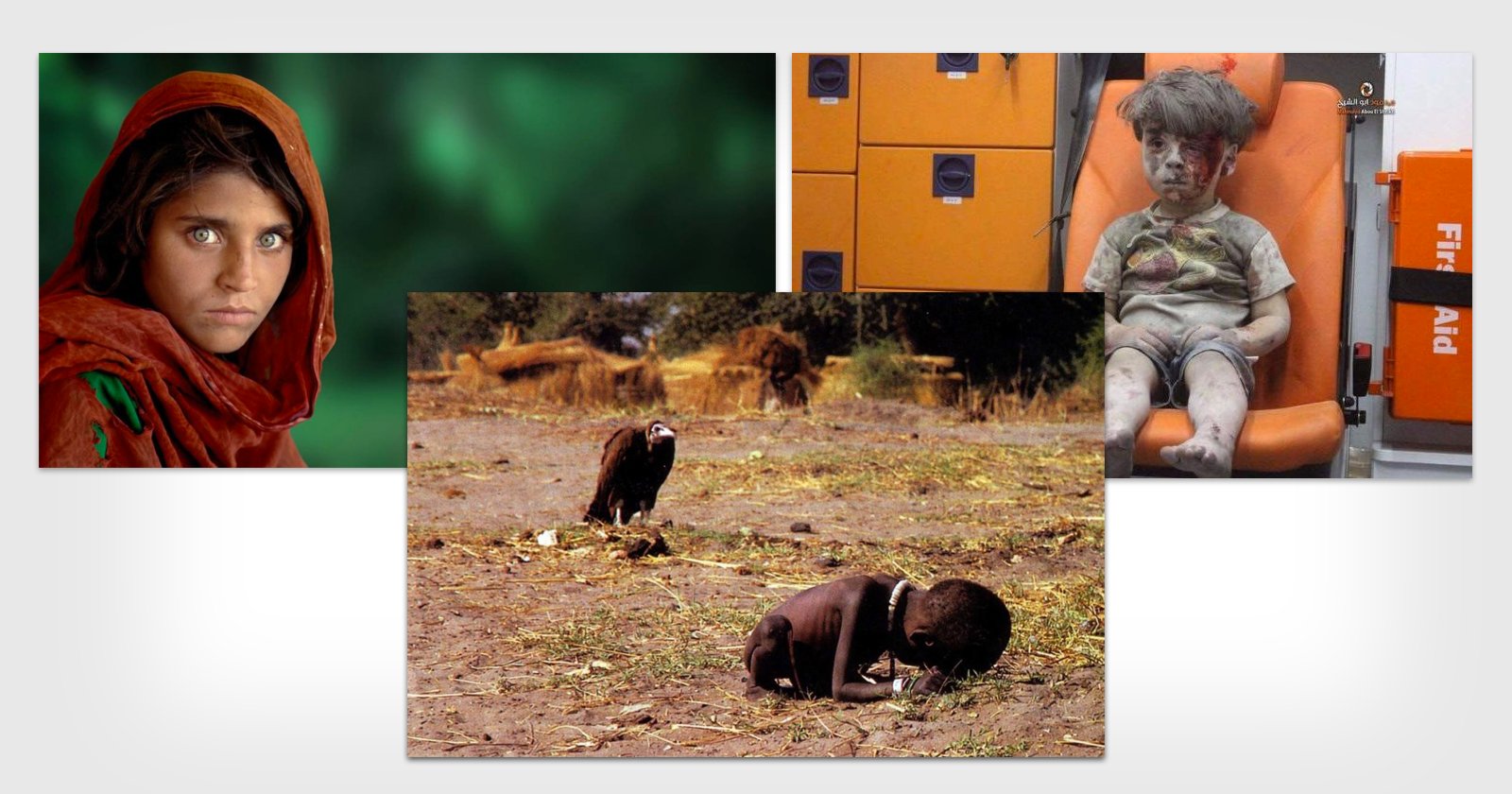 From time to time when I read about Street Photography, I hear the opinion that street photographers exploit people on the street by taking their picture without asking. This opinion raises some valid questions about the ethics of Street Photography, but also shows the double standards we follow in the media.

The purpose of Street or Documentary Photography is to capture candid moments of reality. One principle is to never alter a scene or to influence it unnaturally because that would violate the ethics of photojournalism. Ideally, we as photographers want to be invisible spectators that can document the world as if we wouldn’t be there.

For the sake of these candid moments we don’t ask for permission beforehand, because this would mean that we won’t be able to photograph the reality. Of course, we could simply give the instruction that the subjects should behave like they aren’t being photographed, but everyone knows people act differently when they know they’re being photographed.

There’s a thin line between getting close enough to create the images we want to present from an artistic point of view, and not interfering with the scene. In Street Photography, this means that we are often very “low-key” with our equipment. We rarely carry a big DSLR to shoot on the street, using cameras that every tourist carries around instead. This gives us the freedom to go unnoticed, and take pictures that are natural and sincere.

Social Documentary Photography is a more difficult case to analyze.

Usually, it follows a more long-term project, and that means that there is a lot more preparation going on involving every party to ensure the ethics of photojournalism. The subjects know that are being photographed and are part of the story. In order to capture candid images, the photographer has to work the group for a very long time—usually months on end—until s/he is just a normal part of the social group and not some outsider. This is the work that goes into the project to tell a candid story.

Journalism is the production and distribution of reports on the interaction of events, facts, ideas, and people that are the “news of the day” and that informs society to at least some degree

Street Photography in its broad forms is not really a subcategory of Journalism. Although a lot of images have historical value in showing the life of a certain time, it is not really dedicated to “inform” society. At its highest form Street Photography has mostly artistic value in documenting the human nature in its natural environment. It is not necessarily to tell informative stories or to research mankind in a deep fashion, but scraps on the surface of the people. Names, background and their story doesn’t matter in Street Photography since we don’t interact with our subject or get in contact with them.

On the other hand Documentary Photography gets closer to people in the way, that it is all about the story they tell. The purpose of this genre is to show informative stories through a series of images, mostly accompanied with written text. One of the key factors of Social Documentary Photography is honesty and trust. Today’s media is in a very confusing state with accusations of faked news spreading the world and it’s not really clear what is true and what is altered. There lies a chance for Documentary Photography to simply show unaltered images and built trust.

Unfortunately Documentary Photography had its fair share of “scandals” during the last year as well. One of the best known scandals involved photographer Steve McCurry, who allegedly staged some of his photos, wrote accompanying text that didn’t state the truth or used Photoshop to tinker the images.

Those revelations are hurting the credibility of Photojournalism in times when it would be the chance to trump as independent journalism sources.

Nonetheless, the majority of stories isn’t opinion driven but seeks to tell the truth, although we have to understand that the first person perspective can never be 100% objective it should be the target to share facts rather than personal beliefs.

As human beings, Photojournalists should follow the same ethics as everyone else. From my perspective this means to do everything reasonable possible to help people in direct suffering. As of the nature of Photojournalism, this leads to a lot of discrepancies since the characteristics of documentary photography means that photographers find themselves more often than not in areas of conflict that challenge the ethics of photojournalism.

Let’s discuss this dilemma with the help of the following controversial picture. 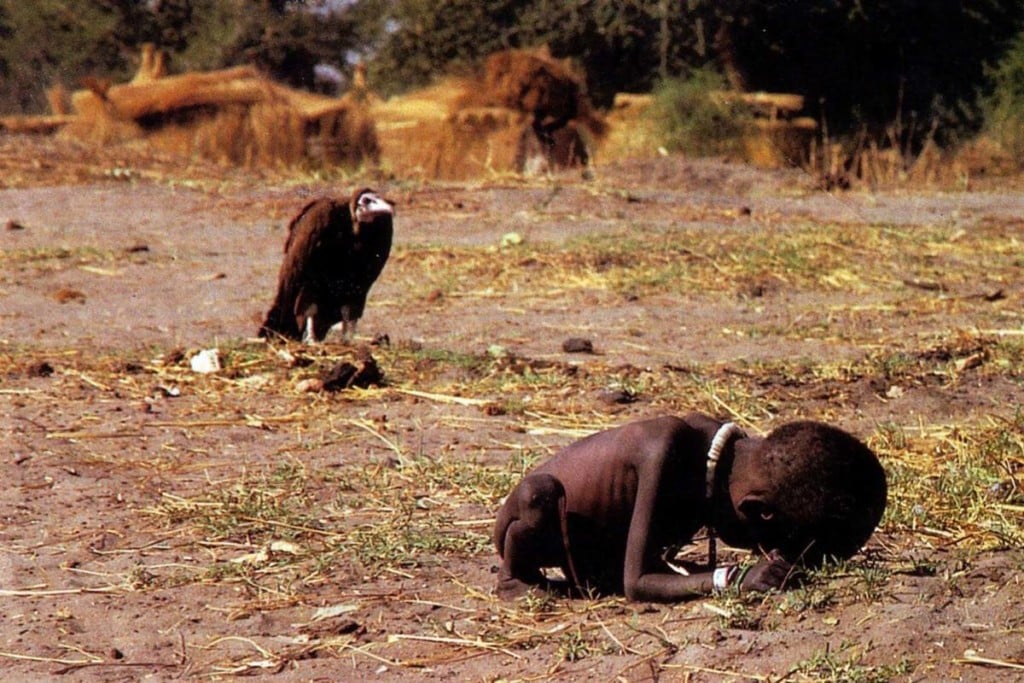 The image shows a suffering girl, obviously malnourished and being watched by a symbol of death—the vulture. Clearly, this is a powerful image. Shot by Kevin Carter in 1993 in Sudan, it depicts the struggle of the United Nations to provide aid against the famine.

Struggling with his own depression, Carter took his life a few months later, provoking the rumors that he couldn’t live with the feeling of guilt of documenting this human tragedies without being able to solve the problems.

If this picture would be posted online in any discussion forum, there would be a lot of voices that would support this claim of, “how could he take a picture in this situation without providing any sort of help?” The same arguments could be heard during the migration crisis in Europe or the conflict zones in the Middle East.

In my opinion this shows the dilemma of the ethics of photojournalism. On the one hand these kinds of people seek out dangerous situations where they document people that obviously need help; on the other hand, it is impossible for a single photographer to help all these people.

So what is the actual solution to this conflict? Should Photojournalism cease to exist, and human suffering go undocumented? Should we all sit in our comforting homes and turn a willfully blind eye to critical areas of the world, while we are in a perfectly safe environment?

The Power of Images

What is often forgot during these discussions is the power, these images can provide and how they can translate emotions into actions.

In more recent news, the picture showing a boy that barely survived the hell that Aleppo is to this very day, made the public aware of the living conditions of more than 100 thousand citizen that still live in this area. 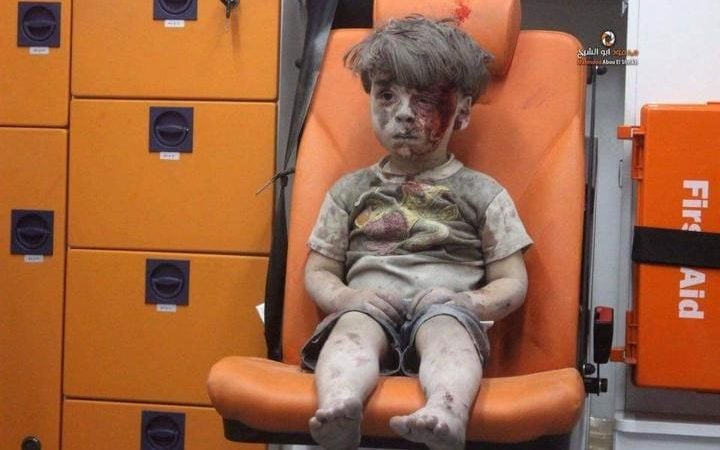 Did this image have a significant influence and impact, improving the situation and living conditions in Aleppo? This is a question that is not answerable with certainty. Maybe the future will have a more differentiated view on such events, and the influence of pictures.

But what the photo provides is awareness and pressure on politicians to actually provide aid. Not publishing those images and “censoring” every image of human suffering wouldn’t mean that the world is suddenly a better place; it would just have the effect that we wouldn’t have to look at these images anymore, and slowly they would vanish from the public eye.

Without these haunting pictures and news there wouldn’t be the slightest pressure on those that are capable of providing help. Out of sight, out of mind—right?

The Afghan Girl photographed by Steve McCurry (yes, despite the Photoshopped images, he has captured some truly impactful images) is one of the most famous photographs of the 21st century. 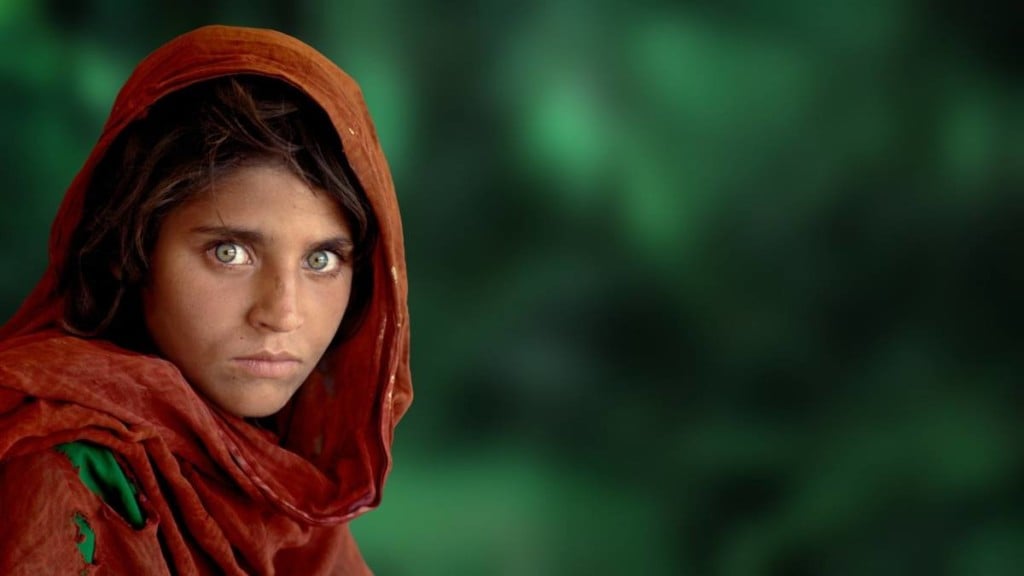 The legacy of this image: the “Afghan Children’s Fund” was founded and has raised more than $1 million USD to this day.

Photographers do their best to help; their tool is the camera, which allows them to raise public awareness more than anything else. I understand that it is hard to look at those images, but we shouldn’t criticize the people who spread the message, but rather focus on the roots of the problems, and do the best we can personally.

Unfortunately, mixing Social Documentary Photography with Street Photography mostly leads to very uninspiring photos of homeless people, often shot from far away without any connection to the subject. Are these photos a form of exploitation?

Beggars, panhandlers, or homeless people are part of the street, a part that it is considered taboo to show because society doesn’t want to look at them. If we accept that Street Photography should document life on the street truthfully, it would only distort reality if homeless people weren’t represented in modern street photos. Therefore, I have to conclude that it is not exploitation to include them.

But there is some misconception in today’s Street Photography that any image of a homeless person will do it, and represent modern wealth inequality or whatever they are trying to say with such images. The truth is, that 99% of those so-called Street Photography images of beggars are uninspired, and don’t hold any real value.

As already mentioned, they are often shot from far away with a telephoto lens because the photographer was afraid to get close and actually form a connection with their subject. As such, they provide no context—inspiring only disconnection and boredom.

Documentary and Street Photography have a simply duty: show reality. Any deliberate distortion by the photographer that does not fulfill this requirement disqualifies the images as Documentary.

Photojournalists aren’t responsible for the suffering of the people they photograph, they are simply the messenger that document life as it is—life is not always pretty. Don’t shoot the messenger for translating reality into pixels or cellulose; instead, ask yourself what you can do to change the situation if you feel so strongly about images that show suffering. Photojournalists risk their lives to raise awareness and spread a message that can actually have a bigger impact than the limited help they can offer an individual.

Of course landscape pictures have their own appeal and colorful flowers can be calming. But reality can be rough and it is important to show it to the world.

There is no exploitation in showing reality, whether you like to look at it or simply close your eyes and pretend that the world is a fluffy friendly place. The difference lies in good or bad pictures; pictures that either make a difference, or don’t.

About the author: Sebastian Jacobitz is a 28-year-old hobby Street Photographer from Berlin, capturing the everyday life in the city. The opinions in this post are solely those of the author. To see more of his work, visit his website or give him a follow on Facebook and Instagram. This post was also published here.