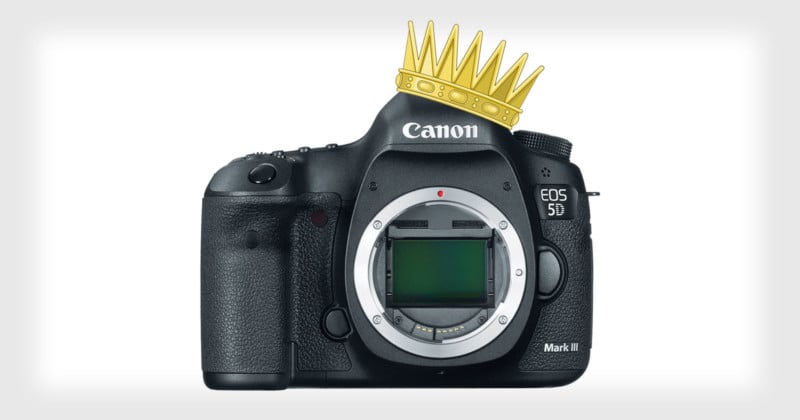 The prestigious photojournalism contest World Press Photo announced its 2017 winners this week. A look at the data quietly published alongside the winning shots offers a glimpse into what cameras top photojournalists around the world are using these days.

The Spanish photo site Photolari crunched the data and created a set of charts showing the breakdown of camera type, brand, and model in this year’s contest.

Here’s a look at how many times each camera model showed up in the list of winning photos: 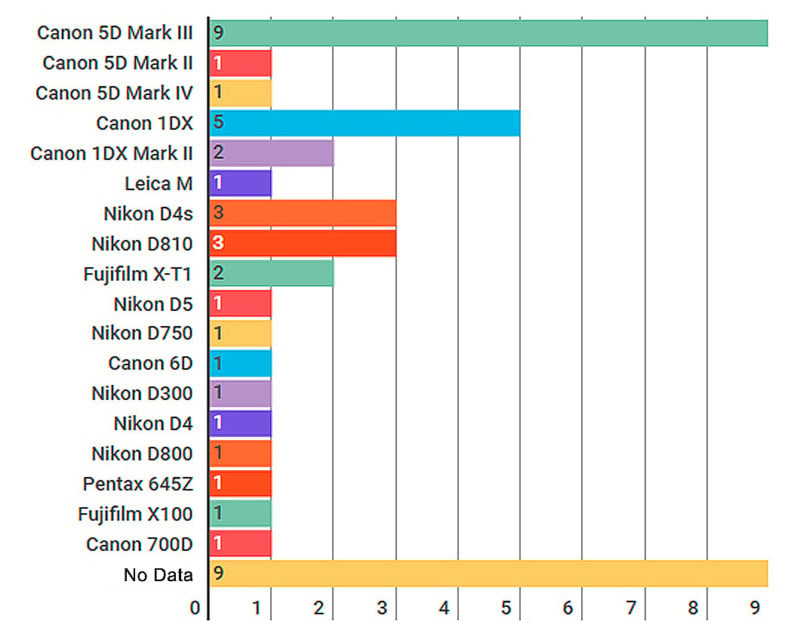 The breakdown of camera brands shows that Canon and Nikon are still dominant, but Fujifilm is now seeing more representation: 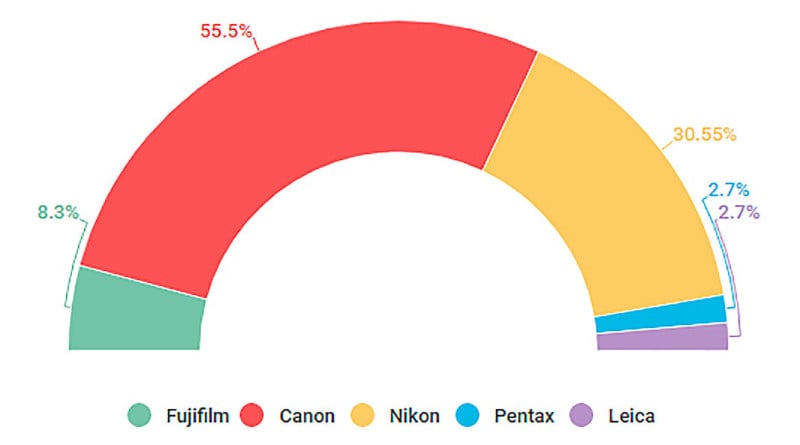 In terms of camera system used, DSLR cameras were behind 88.8% of the winners, mirrorless cameras had 5.55%, and other types represented another 5.55%.

To see how the data this year compares to the past two years, check out the charts we shared in 2016 and in 2015.

Image credits: Illustrations created by Photolari and used with permission. Crown graphic in header illustration by by Heralder