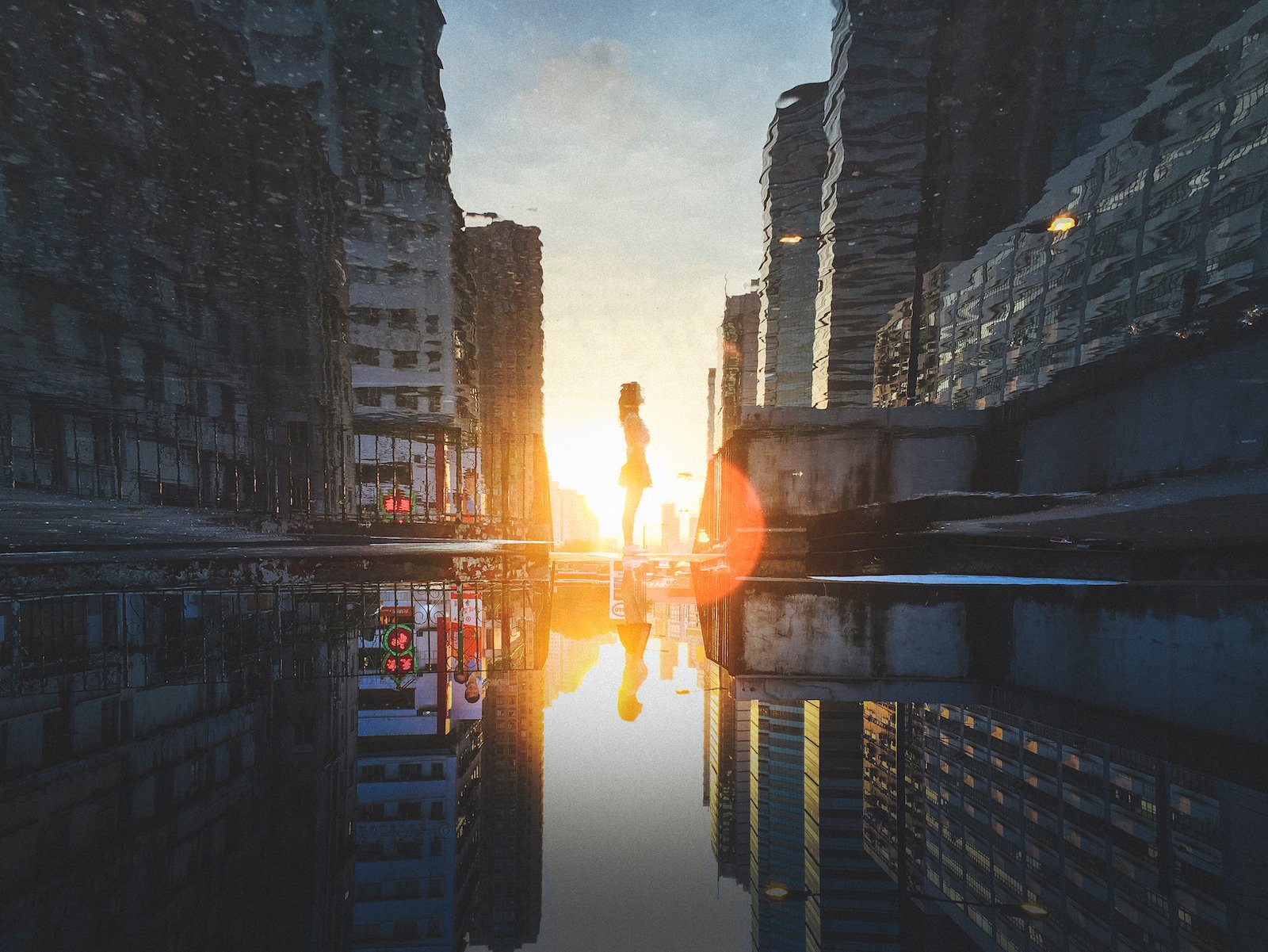 A grad student at the Chinese University of Hong Kong is receiving some recognition and praise from National Geographic itself this week … over an iPhone photo.

Kira Waison Lee is currently pursuing a degree in Japanese studies, but when he’s not studying or going to class, he’s taking pictures. That’s how, almost by accident, he captured this photo of his friend standing in the street after a rain shower, flipped it, and created something surreal.

He’s calling it, “Girl Who Travels Through Time And Space.”

The photo is gorgeous, earning Lee a spot in the finals of the National Geographic International Photo Contest 2016 in the People category. The award ceremony was held November 26th, and he tells PetaPixel he ultimately placed third runner up in the category, which is quite an achievement when you consider the number of entries (1191 in the People category alone) and the fact that the shot was taken with a smartphone,

Kudos to Lee for capturing such an artistically profound snapshot.