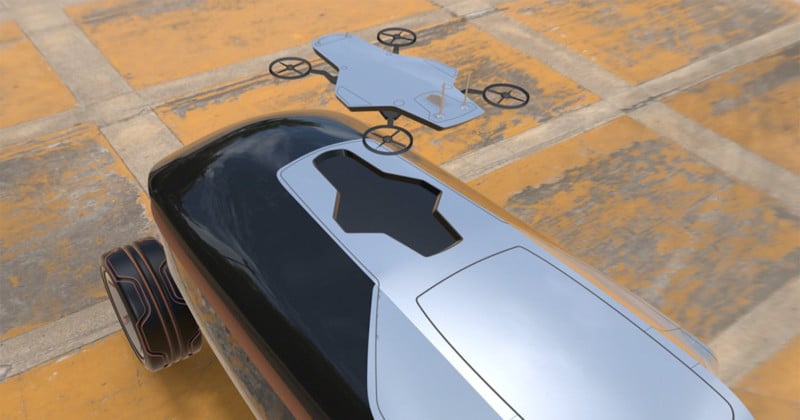 If there are still photojournalists around in the year 2030, they’ll be begging their editors to buy this strange concept car designed by Dillion Kane. Like the ultimate gear bag on wheels, it’ll carry your cameras, scan the environment with myriad sensors, and houses its very own drone in the roof.

Kane, a transportation design student at Lawrence Technological University, designed the “30 degrees West” concept for the Magna Bold Perspective Award. He was one of 11 students asked to design a futuristic vehicle that might be around in 2030. So, what can this award-winning photographer’s car-of-the-future do? A little bit of everything, it would seem.

Silent compartments in the side of the car hold extra gear, the back of the car can smoothly create a ladder so you can get up high, the car can emit its own “gentle light” for flattering portraits, sensors on the exterior of the car will monitor the environment and, finally, there is a drone housed in the roof.

Kane imagined all of these “features” with some help from unsuspecting photographers online. People would complain about this that or the other problem they were having, and it would inspire Kane to build a new feature into his sleek design. 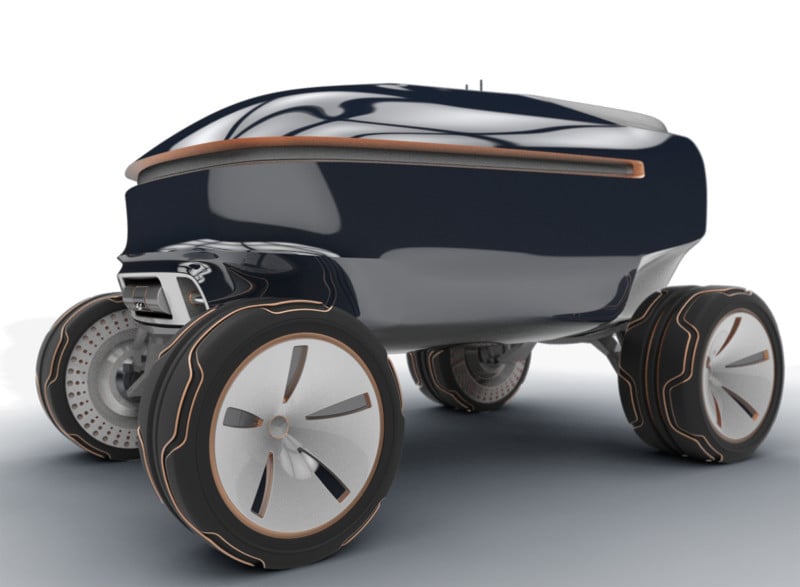 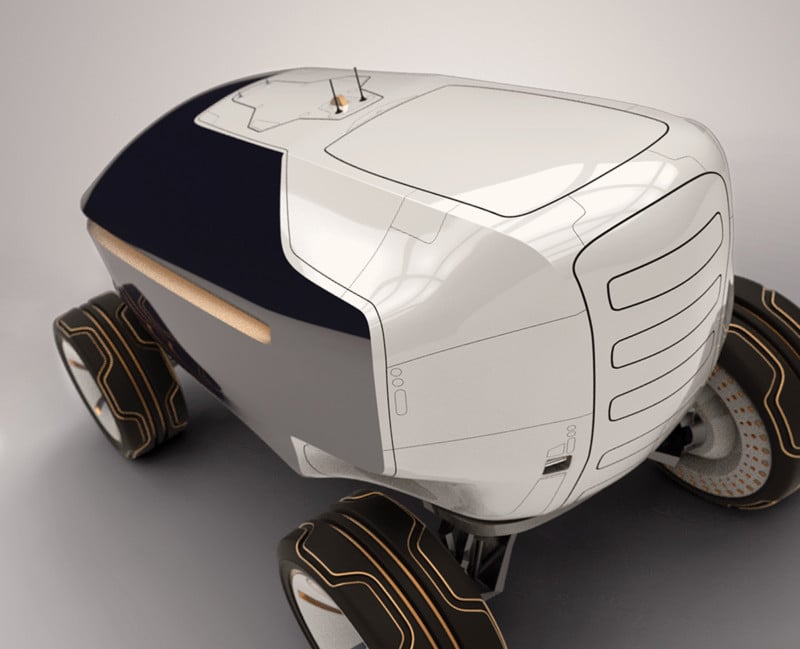 The photo-mobile does make one concession to the present state of things: it’s not autonomous. For now, a photojournalist would actually need to drive the thing. But rest assured, at least a few tweaks will probably be made between now and the car’s imagined debut in 2030.

(via Wired via DPReview)