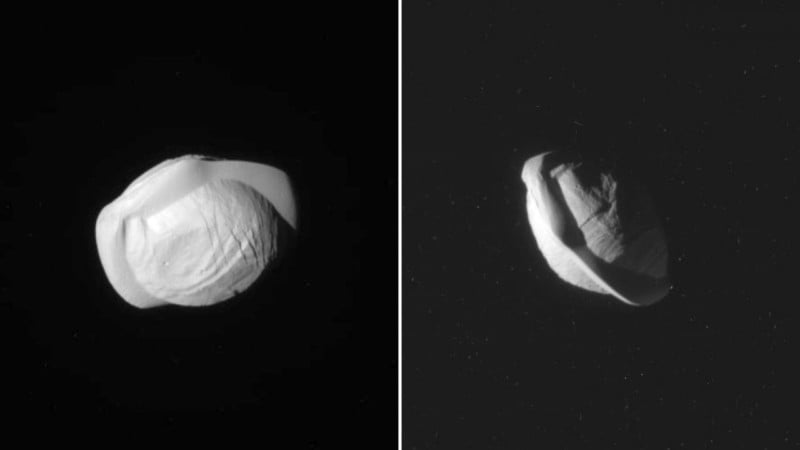 NASA has just released new raw photos of Saturn’s tiny moon Pan, captured on March 7th, 2017, by the Cassini space probe from about 15,000 miles away (~24,500km). The photos reveal a bizarre-looking moon — one that looks like a giant ravioli floating in space (or a dumpling or walnut or “paper mache mini-planet“).

These photos are the closest pictures ever shot of Pan, which is only about 22 miles (35km) wide and is the second inner-most moon of Saturn. Pan sits in a gap in Saturn’s rings and acts as a “ring shepherd,” using its gravity to keep the gap free of ring particles.

NASA says the new photos “will help to characterize its shape and geology.” 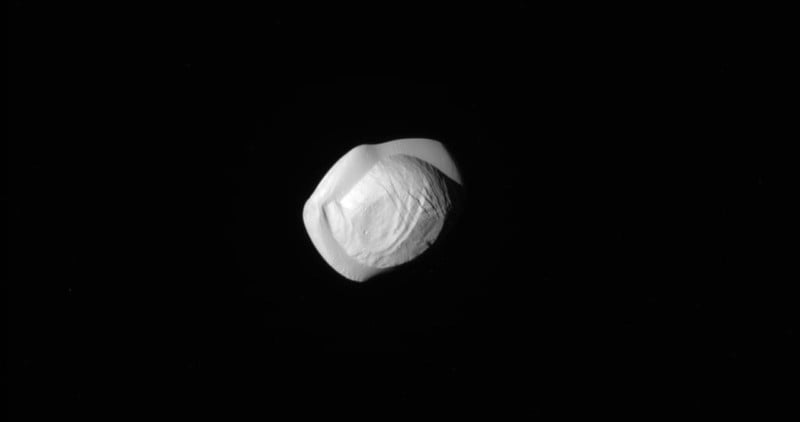 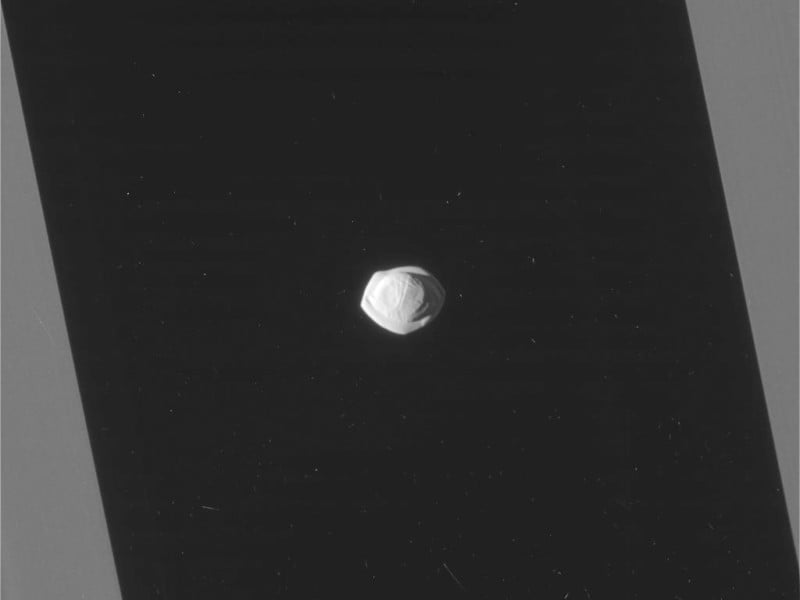 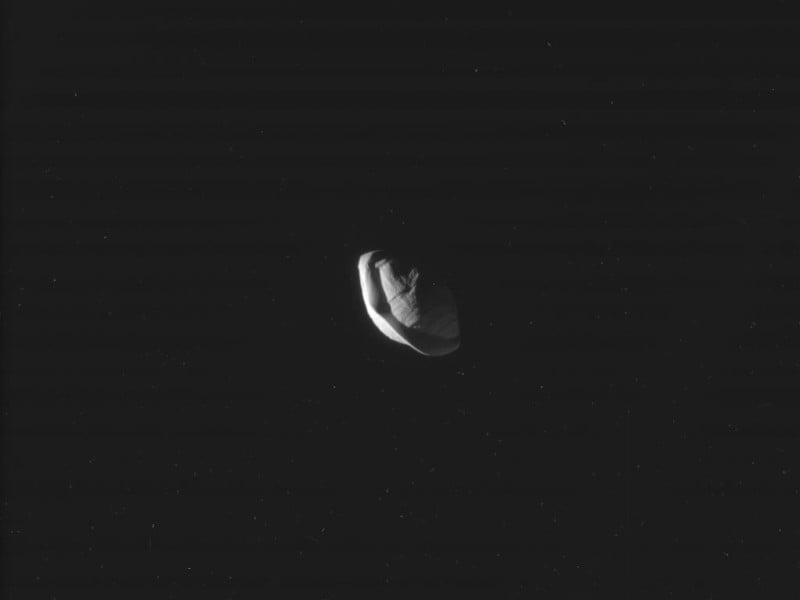 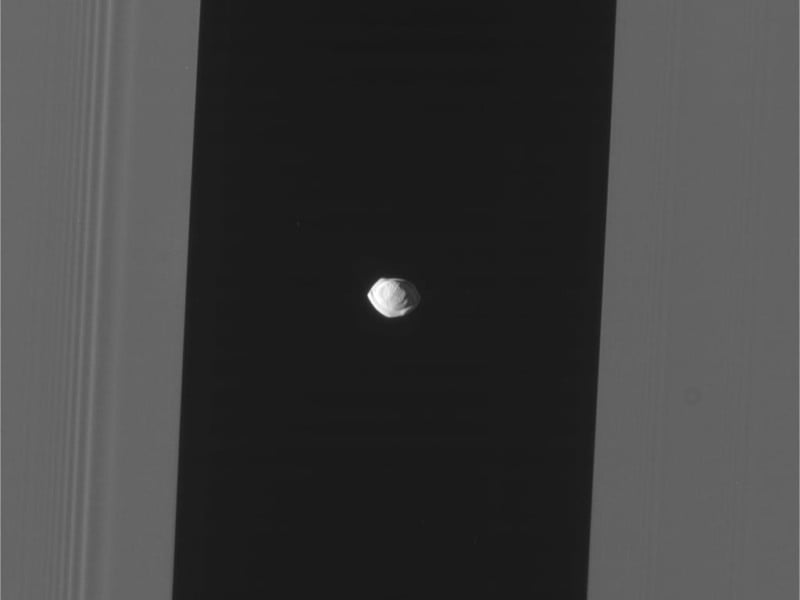 Here are photos from the flyby turned into an animated GIF:

We live in an amazing time in which we can fly a space camera past a moon of a planet in the solar system and discover that it looks like a giant ravioli.