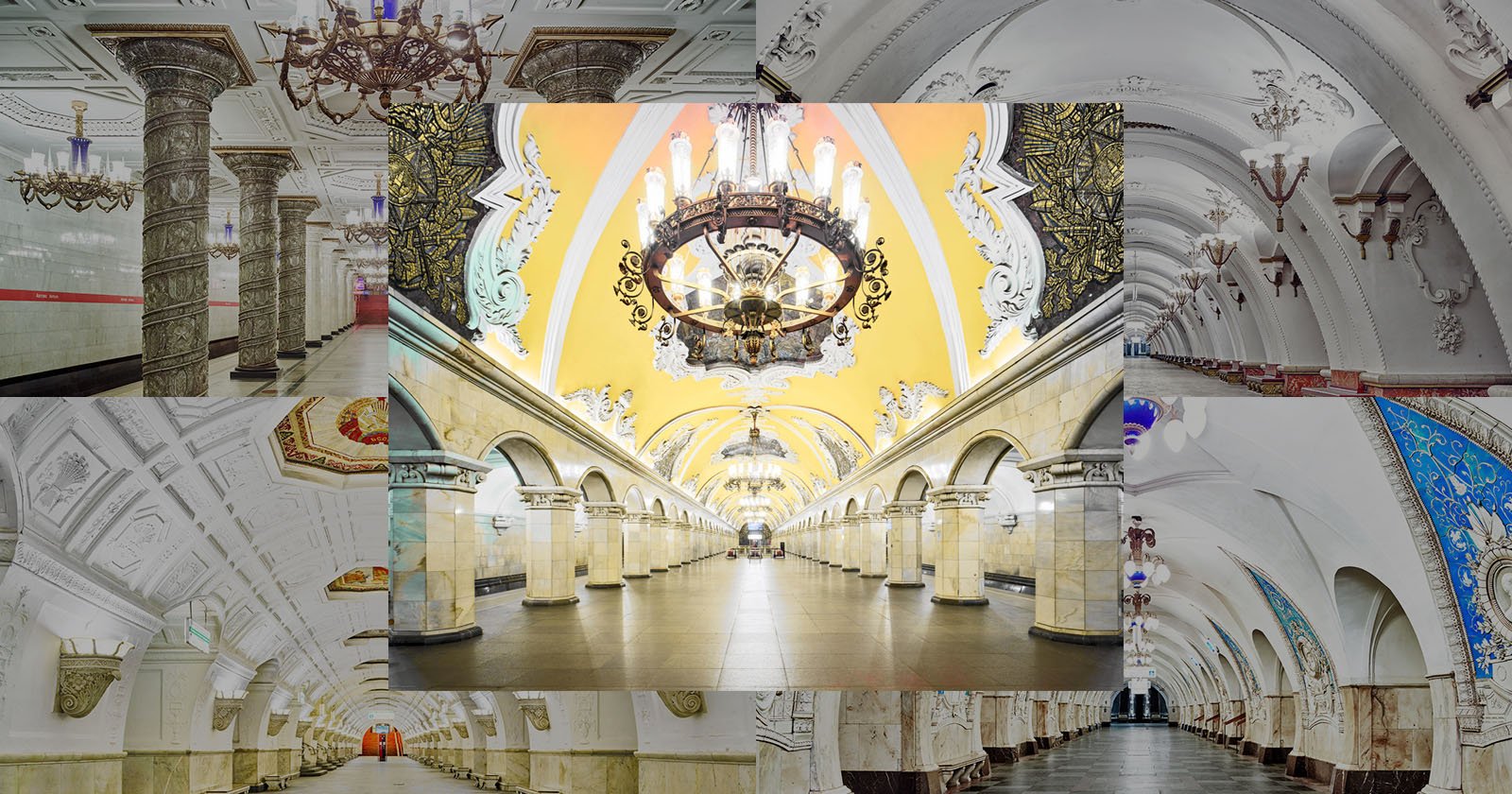 While researching locations for a series on Russian Palace Architecture, photographer David Burdeny discovered beauty in an unexpected place: the metro. Russia’s Stalin-era metro stations stunned Burdeny, leaving him no choice but to photograph them for his 2014-2015 series RUSSIA: A Bright Future.

Burdeny’s photographs, captured by special permit in the middle of the night when nobody else was allowed inside, reveal some of the most beautiful Barque and Rococo interiors you’ll find anywhere in Europe. “Nothing has changed in them since there were built,” Burdeny tells PetaPixel. “Being devoid of any and all advertising there’s no present day clues about what era you are really in.”

It took months of back and forth with the proper authorities to get access to the stations at night. “Each session was limited to a 1/2 hour,” explains Burdeny, and since the stations still serve as active bomb shelters, he was restricted by the military regarding what he could and could not photograph.

That was hardly a problem though. The central hallways were frequently the most beautiful piece of architecture, and Burdeny’s only regret is not getting to spend more time there.

“Being in them was a fascinating experience and my only regret is not being able to spend more time just absorbing the atmosphere,” he told PetaPixel. “It’s a bit like being in a time machine.” Scroll down to travel back in time for yourself:

Image credits: All photographs by David Burdeny and used with permission.