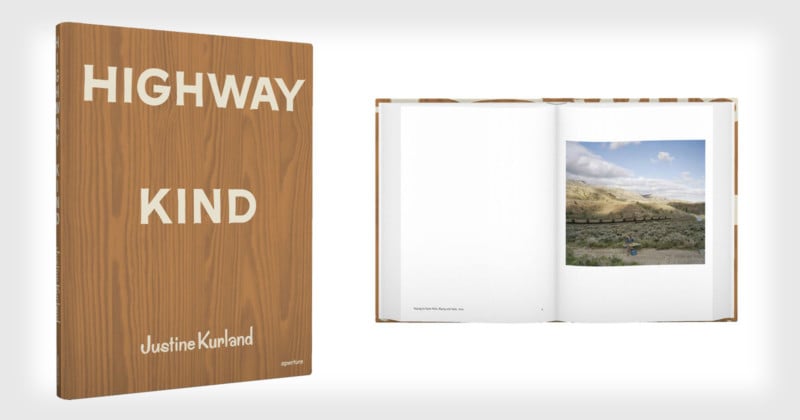 A few weeks ago, I walked outside of my house and nearly stumbled over a package. It was flat, rectangular, and large. Excitedly I read my name on the postage. “This is it,” I told myself. Quickly, I ran inside and removed the scissors from a drawer in my kitchen (the one that for some reason refuses to stay on the rails, no matter how many times I fix it) and sliced the package open.

What I saw was a book I had been waiting on for weeks. It was a recent release from the Aperture Foundation, a book that received numerous accolades from the photography community. The photographer even had a short essay published in The New Yorker, a version of the essay in the back of this book.

As I pulled back the cellophane protecting it and discarded the garbage, the cover was revealed. The smooth white text reflected in the morning light and threw itself at me, forcing my attention to it. I scanned the cover and silently rejoiced at the beauty. The cover resembled an open grain wood, oak maybe. I slid into a chair in my living room and slowly spread apart the pages, absorbing each photograph, and let myself fall into them.

Justine Kurland’s latest book Highway Kind is transformative in every sense of the word and transports the viewer not only into her world, complete with her son Casper, but into the world of transients and train-hoppers, commuters and travelers.

The book opens up with a photograph of her son playing with toy trains at a table somewhere in the mountains. A nondescript location. Casper, her son, has his attention taken away from him for a moment while a train passes in the near distance. His infatuation with trains is apparent and works to lead the viewer across distances throughout the book and understand the relationship both he and Kurland have with the road and with each other.

The theme of trains is common through the early part of the book and they clearly work metaphorically to induce a feeling of unstableness, transience and adventure. Whether they creep like a black snake on the dry desert floor or are camouflaged among rocky, mountain grades, they keep the viewer on their toes, awaiting the next destination.

A favorite set of images of mine that comes late in the early section of this book is of a train approaching a mine sat between two mountains. The visceral image reminisces of a brief stop along the way. Immediately following this photograph is another of Casper playing with his toys. The ground is dark, coal-like, as if the family is taking a break as the train loads up; they, too, are transients.

The images, when viewed together, seem kind of odd in the sense that the usual comforts found in other photographs in this book do not exist here. It maintains an otherworldly feel. But, maybe that’s the point. Photographers have married a level obsession with the American road with the way it conveys youth, freedom and adventure ever since Robert Frank embarked on his famous book The Americans. Whether the photographer is Stephen Shore, Walker Evans, Alec Soth or, now, Justine Kurland, the tradition is carried.

I often wonder why so many photographers are drawn to the road and almost as much, the American landscape itself. There remains a quintessential mystery cloaked around this country’s society that can only be found when you move within it, as a part of it, on it’s network of highways and nearly-hidden roads. The familiarity, the kitsch-ness, the friendly scenes that are found repeatedly in new places are most likely to blame yet there is also an undercurrent of society that continually impresses and attracts us, one that refuses to be discovered by those unlike the.

These curiosities hide behind mountain passes, in the desert, or within the small towns that dot the open road. They expose themselves only to those willing to discover them. Usually, these curiosities go overlooked yet photographers continually return to them and provide them a brief platform on which to be seen.

America is so complex and full of life that a different approach to the same subject is often full of surprises. Photographers are always seeking interesting characters to attach ourselves to and photograph, whether that interesting thing is the way they move through the world or maybe there’s just something visually appealing about them that we can’t put our finger on. We just know that they’re important enough to photograph.
Take, for instance, Kurland’s subject Cuervo. He has an air about him that resonates with a friendly expectation. When he’s introduced in the book, we simply see a man riding a mule and pulling two others behind him.

We know little more than this and the fleeting train in the background leaves us feeling that he’s just arrived. He moves toward the camera as the sun is falling, gently looking over his shoulder at his animals. The next page shows another photograph of Cuervo, titled Cuervo Writing Me a Shopping List. He sits down on the left side of the frame, in the shadow of snow covered mountains, flanked on the right by branches that form a dome shape and within it, his tent. Obviously this is his living space. We don’t know much more about Cuervo other than what these visual clues provide. Possibly, he is a transient or perhaps he lives here permanently. The landscape is barren and the snow, along with leafless trees, forces me to be overcome with a sense of loneliness.

Kurland’s book is filled with these images that evoke a sense of uneasiness, like every moment is fleeting: a young child in the backseat of a car, Casper at a campsite, Casper in the car, a train moving through hills, a couple at an auto repair shop. In many of the photos of Casper, I imagine a mother in the distance yelling for her child to return to the car. It’s almost as if there is a steady sense of urgency. Then, all of a sudden, a moment of calm arrives. It’s an ethereal image: Casper stands in a small opening along a rushing river. It’s late morning, maybe, with the sun just angling over the horizon and lending it’s soft golden hue to the scene. It reflects and refracts, through Casper’s hair, off of the water and the trees, finally settling over the forest floor like a warm blanket. Casper is standing in a field of pinecones, nearly naked save for the diaper he wears. He drinks juice from a jar with enthusiasm as if there is no more juice left in this world and he must enjoy it while he has it.

I constantly return to this image in the book but not for its technical prowess or particular visual beauty. What draws me in is the context in which this image exists. Among the photos of transients and trains, the hustle and bustle of constant travel and the unsettling feeling of never really getting to know a place, exists this image of brief reprieve. Casper is finding a moment to fully enjoy himself and escape all of the needs of his mother and the world. The unwavering beauty of the natural world serves as his backdrop and lends itself to the present sense of serenity. The photograph leaves me wanting more. It leaves me wanting to find my own Eden in which I can step away from it all while at the same time being as present as ever with the world around me.

As you move through the book, the peacefulness you yearn for gently peeks out. A man with a beard sits in the fork of giant tree with his eyes closed. A couple sits in a field of overgrown grass and wildflowers, having a picnic in the shadow of Interstate-5. A young girl plays an accordion, in the distance a group of men, quite possibly related to her, seem to have a party. A women sits on the trunk of her car, Colorado plates, looking just out of frame with tires piled all around her.

Casper, much older now than when he was in the forest, leans against his mother’s car blowing spit bubbles.

Toward the end of the book, a man with hair like Casper’s but much, much older, looks slightly upward and out of frame. He’s wearing a black faux leather jacket and a silver heart-shaped locket hangs from his neck. His fingers are wrapped tightly around a Coca-Cola can, overlapping each other. From his eyes pour a multitude of emotions and thoughts I will never understand but his presence is of the present. He maintains an air of peace about him that maybe only a life on the road can provide.

These feelings of serenity are combatted by Kurland time and time again within these pages. The repetition of trains is unsettling, in the least, constantly berating me with the sense that I am on the move. Their beauty is unwavering, the way they wind through mountain passes like fish swimming upstream or like the way the tail of a mermaid might flow effortlessly in the stillness of the deep sea. The trains seem to connect us to things we might otherwise ignore. A cowboy, drunk and on his horse, has a moment with his steed that breathes an air of genuineness and sincerity into the image. Piles of junk sit in the background but the peaceful demeanor of the horse as it lifts it’s head up, being pulled by the cowboy, is one that will be difficult to forget.

In-between moments like this surprise me regularly within these pages. A favorite image of mine is of a camper in the woods, sitting by a small fire on a makeshift bench, playing the violin.

This picture transports me to a place with an air of emotion that speaks like a metaphor to the calming potential of the road and the American landscape. I think that’s why so many photographers have such an intense obsession with the road. We find kingdoms in the most unsuspecting places and meet people with the experiences to make our travels worth it. The American landscape offers infinite possibilities that often go ignored by mainstream media but are integral to the very fabric of our society.

The voice of the photographer has acted like an anthropological record of American ways of living, following each dead-end road, dusty highway, and crossing every bridge to reach the fringes of our society in order to make our view whole. In the life of the medium, photography and the road have become synonymous with each other because this combination powerfully shows us parts of our world that we might otherwise forget is there at all.