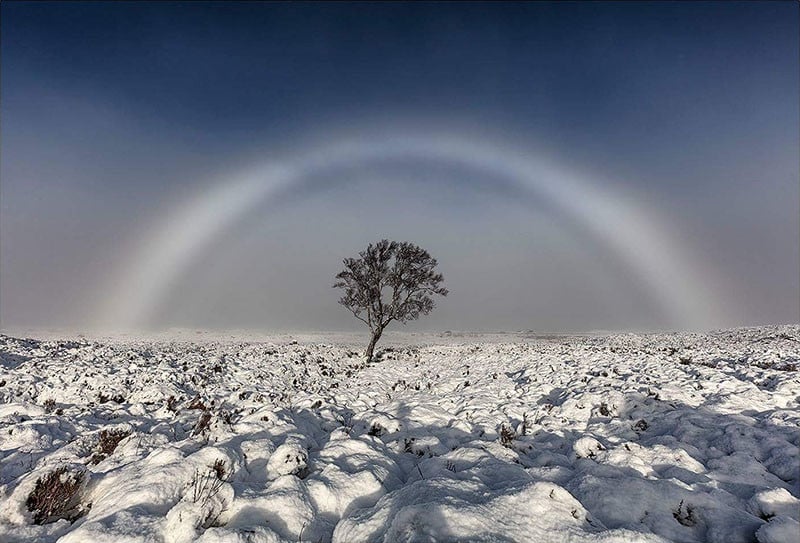 British photographer Melvin Nicholson of Preston, Lancashire, is receiving international attention this week after his photo of a “white rainbow” went viral in the media.

Nicholson shot the photo in Rannoch Moor, Scotland, this past Sunday while preparing for a workshop. As he ventured through the area, which is known for its wildlife, he noticed the “unbelievably beautiful white rainbow” above a lone tree in the frozen landscape.

A white rainbow is also known as a fog bow. As the name suggests, it’s a phenomenon that appears in fog rather than in the rain, and the weak colors are due to the smaller droplets present in fog compared to in rain. When the fog droplets are extremely small, fog bow appears white.

“As soon as I saw this wonderful isolated windswept tree, I knew that it had to be framed by the fog bow,” Nicholson writes. “Freshly fallen snow set the scene all around. It was just beyond magical and one of those days that you’ll remember for a long time to come.”

(via Melvin Nicholson via Amateur Photographer)

Image credits: Photographs by Melvin Nicholson and used with permission