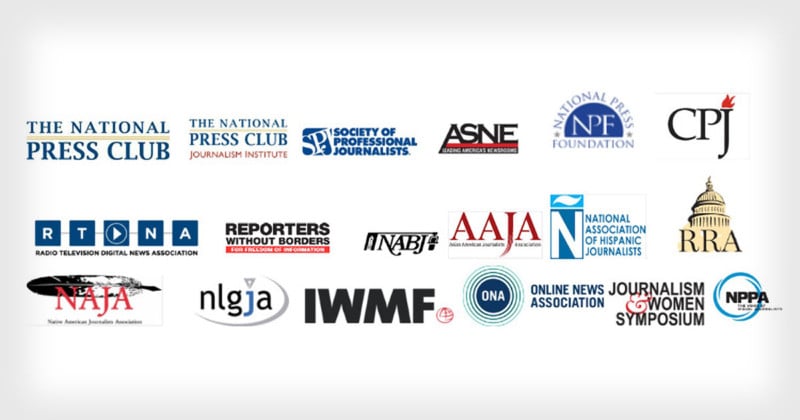 A group of 18 major journalism associations have banded together to publish an open letter to President-elect Donald Trump, asking that the new administration take steps to protect freedom of the press in the United States.

Here’s the full text of the letter:

We, a group of diverse journalism associations representing thousands of journalists from the nation’s capital to every corner of the country, begin this letter on a hopeful note. Your administration is a blank slate and we are eager to work with you to perpetuate one of this nation’s great strengths: our freedom of the press.

As the new leader of the free world, we expect that you will preserve longstanding traditions that ensure coverage of the Trump presidency. The idea of a press pool that covers all of the president’s movements is one that dates back to the Franklin Delano Roosevelt administration. Every president of both parties has treated this important tradition with respect. The role of the press pool is critically important to our country, whose citizens depend on and deserve to know what the president is doing. This isn’t about access for the press itself, it’s about access for Americans in diverse communities across the country. Your constituents receive information from a variety of platforms to learn about what our president is doing.

Being president is an enormous responsibility and working with the White House Correspondents’ Association to ensure journalists’ access is one small but important part of that. We call on you to commit to a protective press pool from now until the final day of your presidency. We respectfully ask you to instill a spirit of openness and transparency in your administration in many ways but first and foremost via the press pool.

We also call for access to you via regular press conferences and pool sprays and to your key decision-makers. You have an opportunity as incoming president to set the tone for your staff speaking on the record for the sake of transparency. We also hope your administration will improve response rates to FOIA requests as a way to show the American people, and the world, that the republic belongs to the people.

A great America depends on having sunlight on its leaders. We expect the traditions of White House press coverage to be upheld whether in Washington or elsewhere. Again we, a joint group of diverse journalism associations, speak as one as we respectfully ask that you take these steps to ensure access to our members covering your administration.

This letter comes in response to recent incidents in which President-elect Trump has ditched the pool of reporters that constantly trail him in public — once to have a private dinner with his family — sparking fears that Trump will reject the traditional press transparency that US Presidents have long accepted.

One example that’s often cited to show the importance of the press pool is George W. Bush’s visit to a school in Florida on September 11th, 2001. The presence of journalists at the scene allowed President Bush to address the nation immediately about the attack and the government’s response.