Arguably the most iconic prop from the Star Wars universe is… a camera flash. It’s not a joke, Luke Skywalker and Darth Vader’s lightsabers (the handle, not the glowing, cut your hand off part) were both made from vintage camera flash guns.

This interesting short episode of DigitalRev In-Focus dives deep into this fascinating little piece of trivia, explaining how set decorator Roger Christian is single-handedly responsible for this intersection of vintage photography gear and pop culture. It all happened in a tiny photography shop on London’s West End.

Due in part to Star Wars‘ minuscule budget, Christian had to scour antique dealers and thrift shops for prop ideas, and that shop in London is where he found a 1940s Graflex camera with a 3-cell flash gun attached. The flash gun, with only minor modifications, would become Luke’s iconic lightsaber: 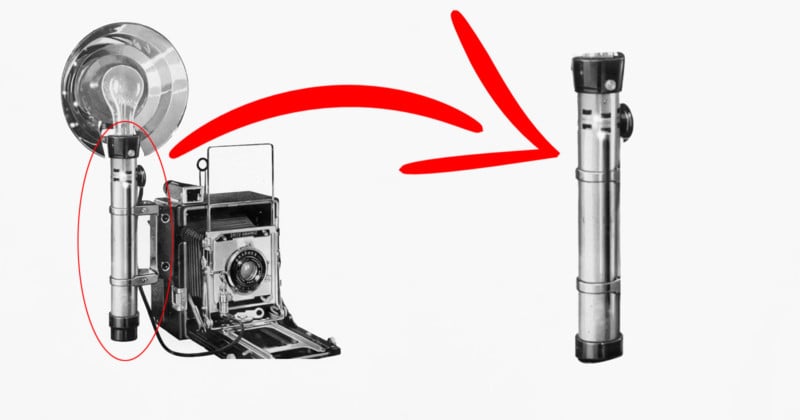 The flash gun to lightsaber conversion cost Christian just $15, but one of the two he created was sold to a museum in Seattle for a whopping $250,000, making this flash handle one of the most expensive movie weapon props ever sold, just behind the gun from Blade Runner. And thanks to the prop’s “return” in Episode 7, chances are good that price (and the flash gun’s status) will only go up.

Unfortunately, the camera part prop’s popularity hasn’t been all sunshine, rainbows, and dollar signs. An unintended consequence is that these old cameras now go for thousands of dollars on eBay, and are more likely to be picked up by a prop collector who will send it to a workshop for lightsaber conversion than a camera collector who will lovingly restore the old Graflex to its former glory.

We’ll let you decide if this counts as destroying precious antiques, or repurposing old cameras that would have languished in an attic anyhow. 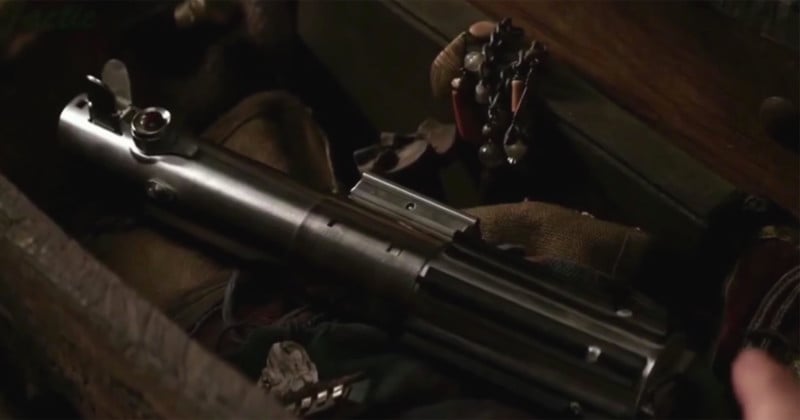 Whatever your opinion, if you’d like to hear even more interesting tidbits about this piece of camera equipment and how it somehow became one of the best-known props in movie history, check out the video at the top… and (you saw this coming) may the Force be with you.