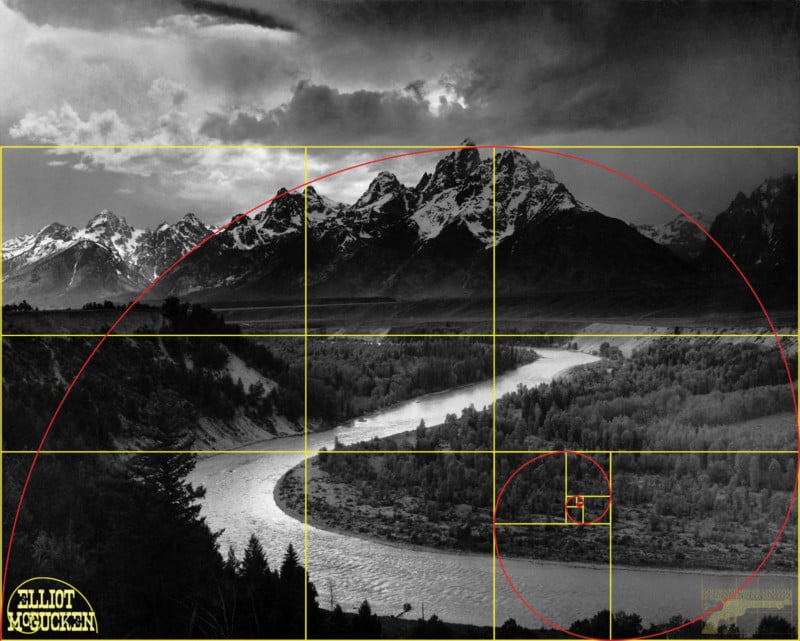 Artists have long used the golden ratio as a guide for creating aesthetically pleasing art, as it’s believed that the human brain is hardwired to find the proportions inherently beautiful. Take a look at the work of legendary photographer Ansel Adams, and you may find the golden ratio tracing out many of their notable features. 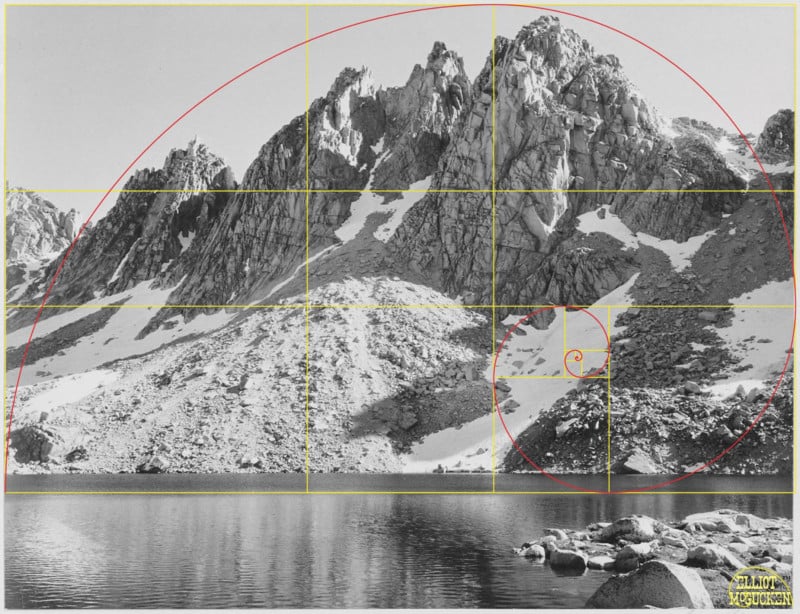 “Great artists such as Ansel Adams exalted their art with the golden ratio — the very same ratio present in the bones of our fingers and facial features,” McGucken tells PetaPixel. “Whether Ansel used the golden harmonies consciously or unconsciously may remain a mystery forever.”

“But such is the magic of the human creation of art, that it incorporates both conscious and unconscious use of mathematics and composition,” he continues. “While a sunflower naturally exalts the golden angle without thought, so too might the human artist exalt the golden harmonies without thinking about them.”

“And then, with the power of conscious mathematics, the human can capture and exalt nature beyond natural state, as the master photographer Ansel Adams did by imposing his sense of the golden harmonies, by which he himself was created, upon nature.”

Here are some more of Adams’ photos with the golden spiral overlaid by McGucken: 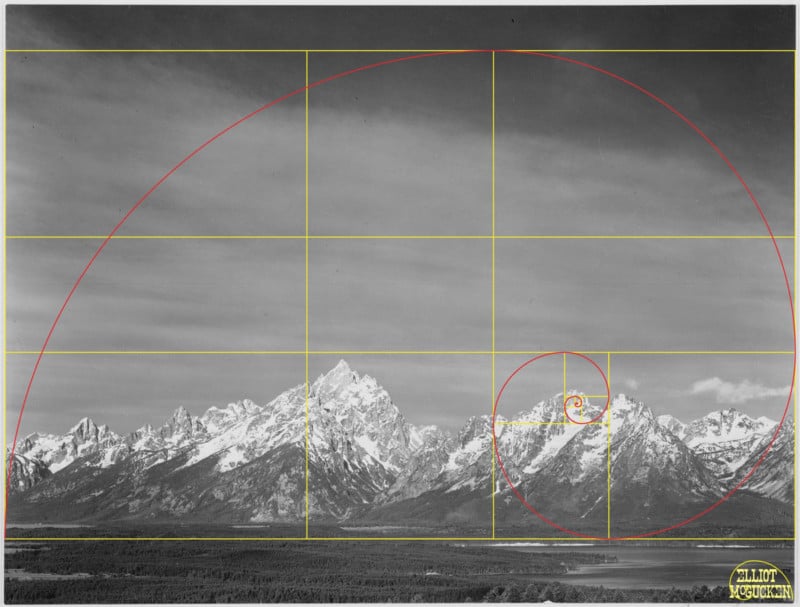 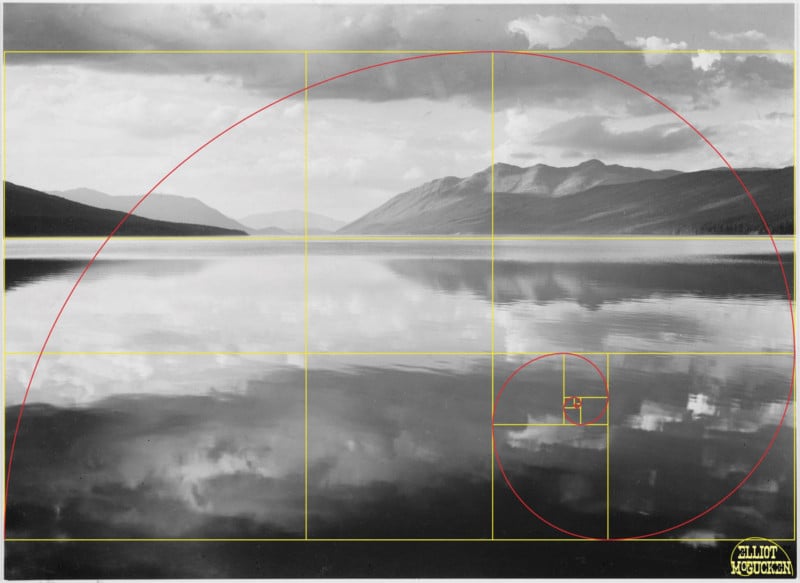 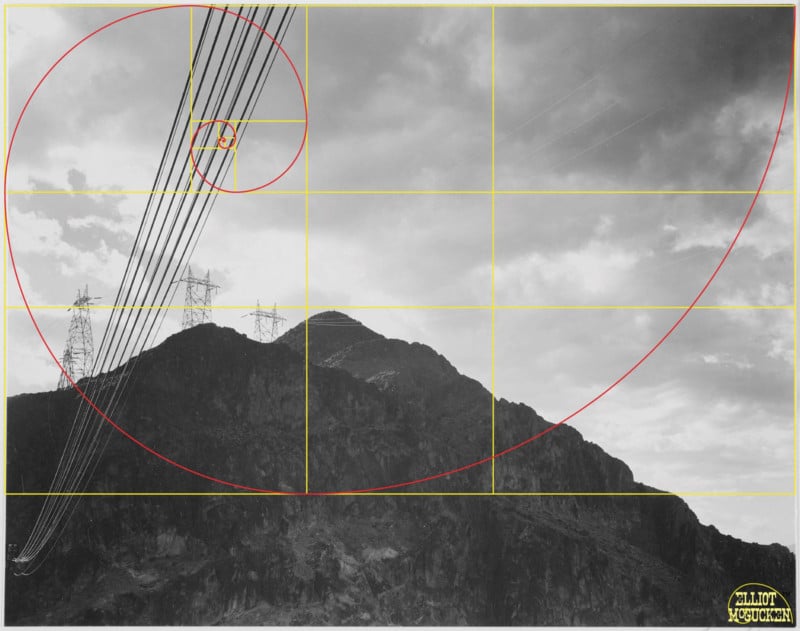 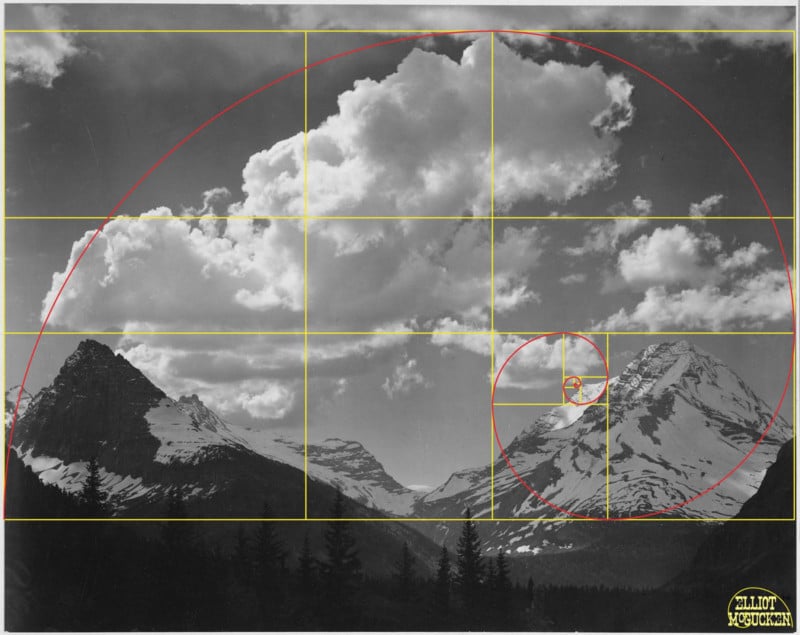 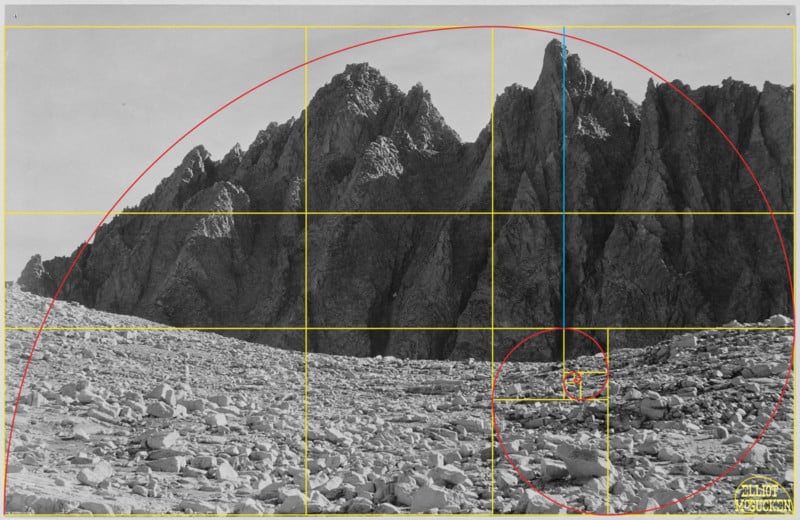 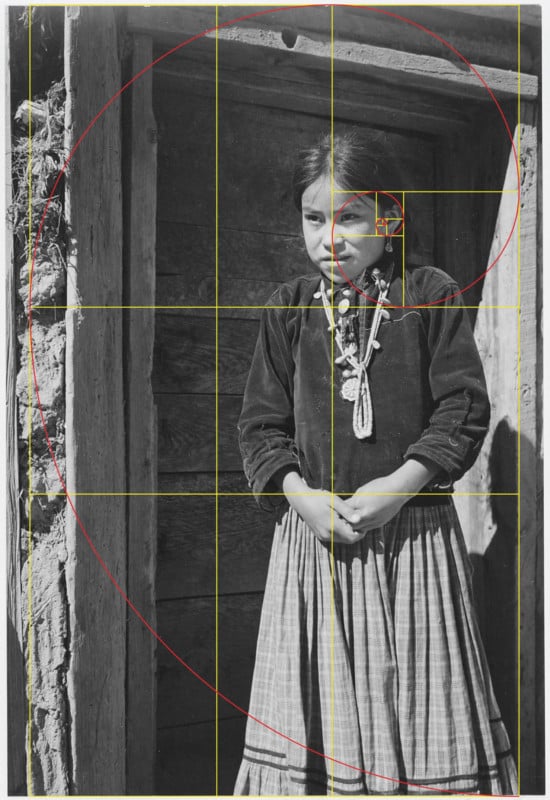 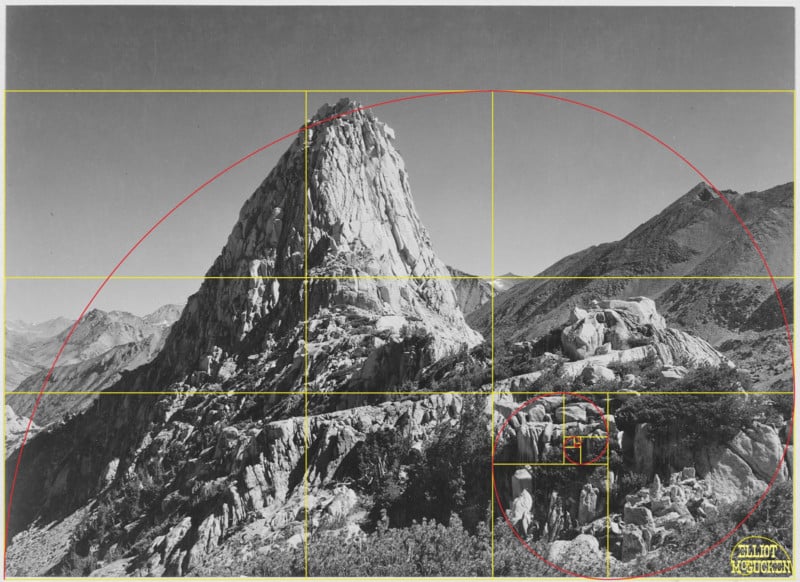 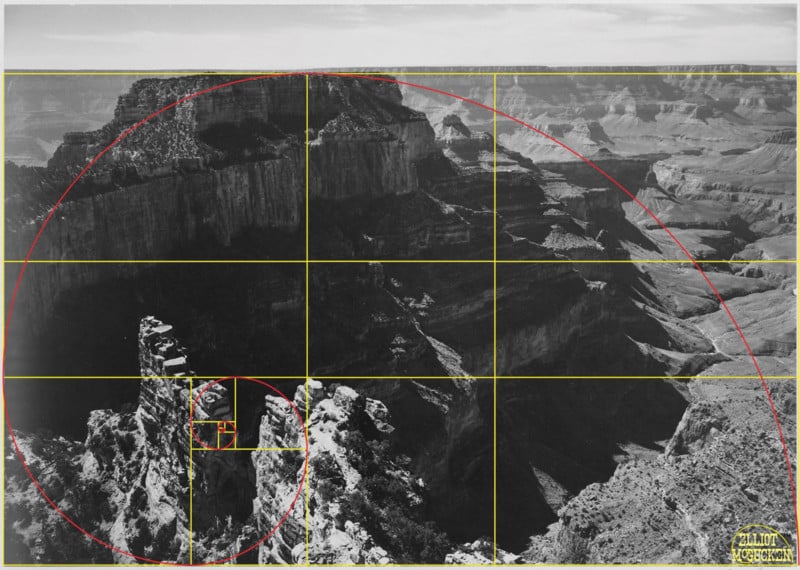 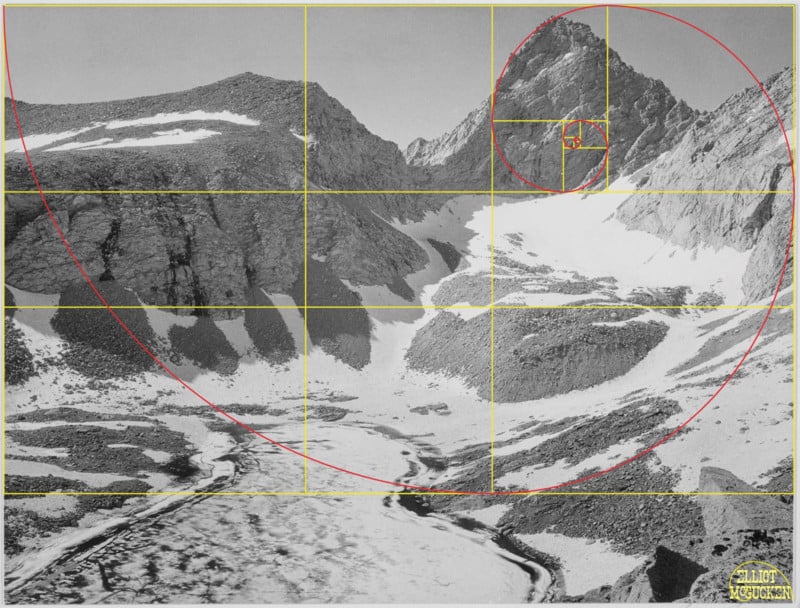 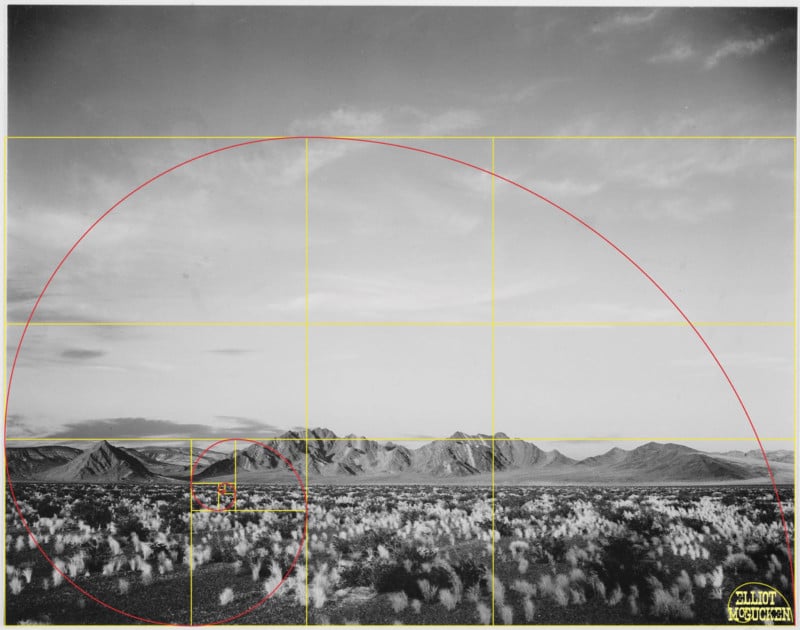 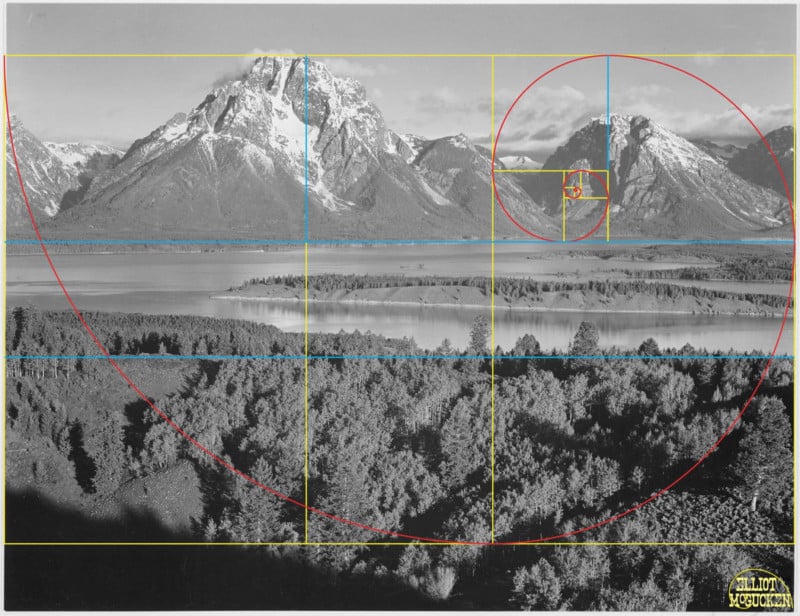 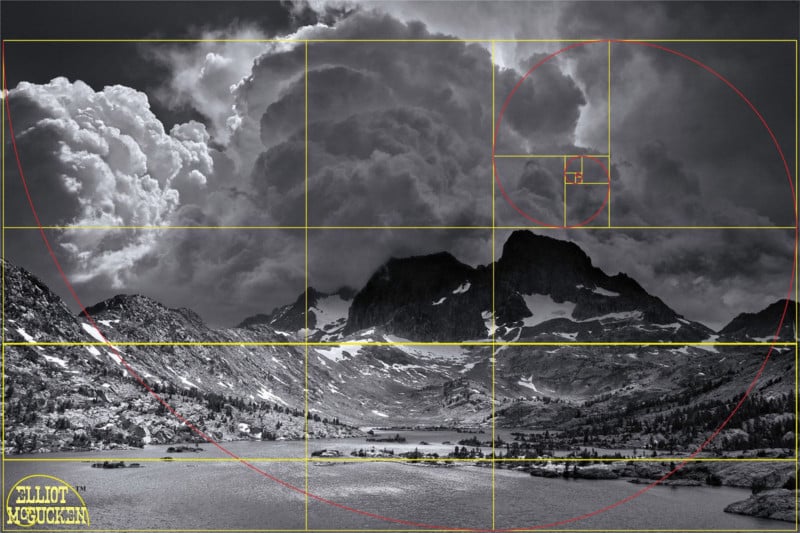 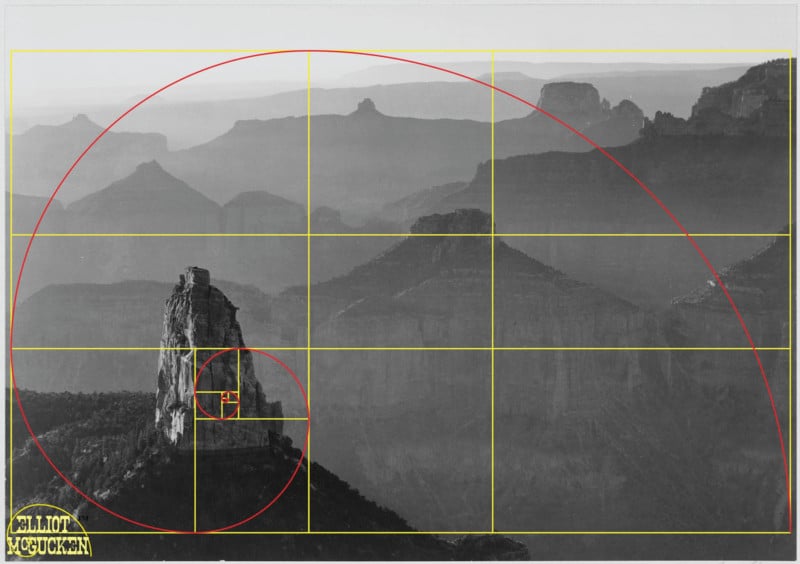 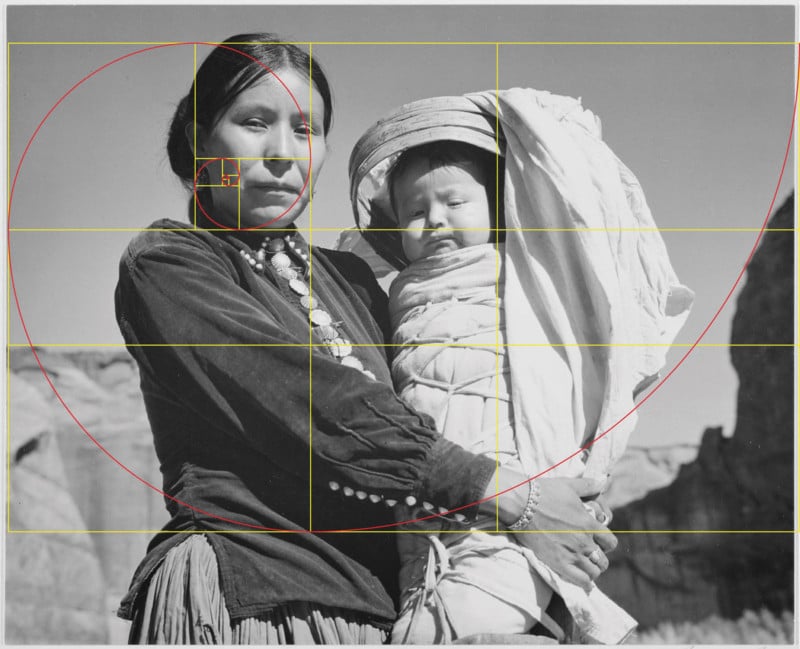 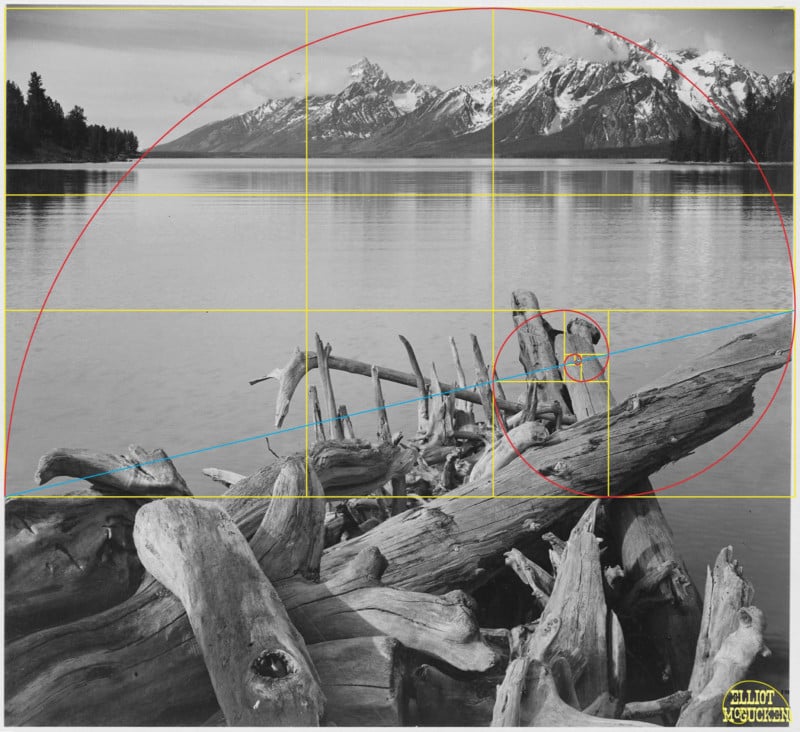 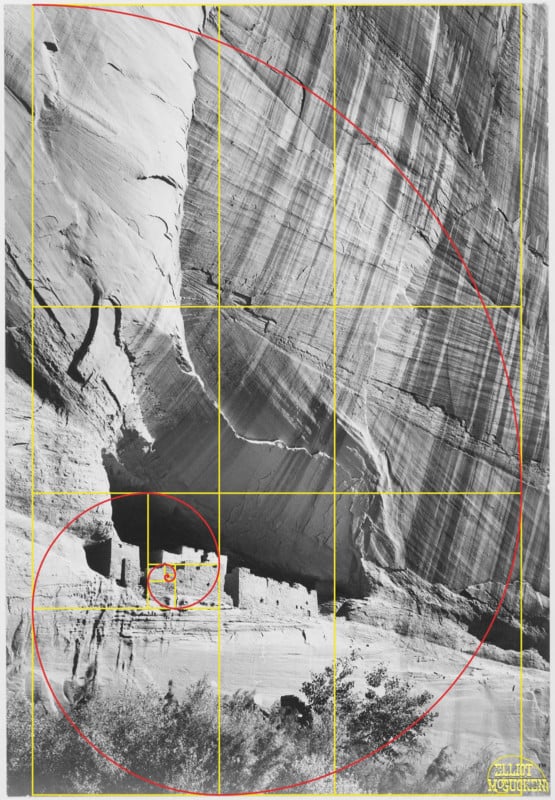 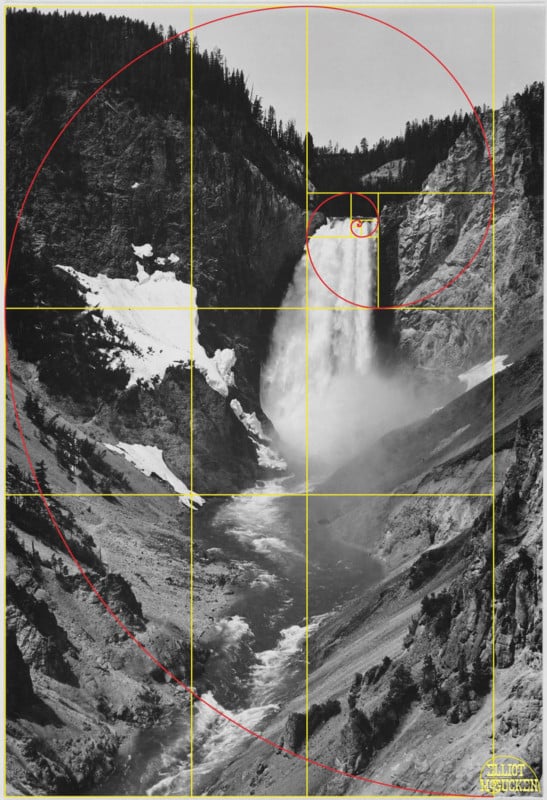 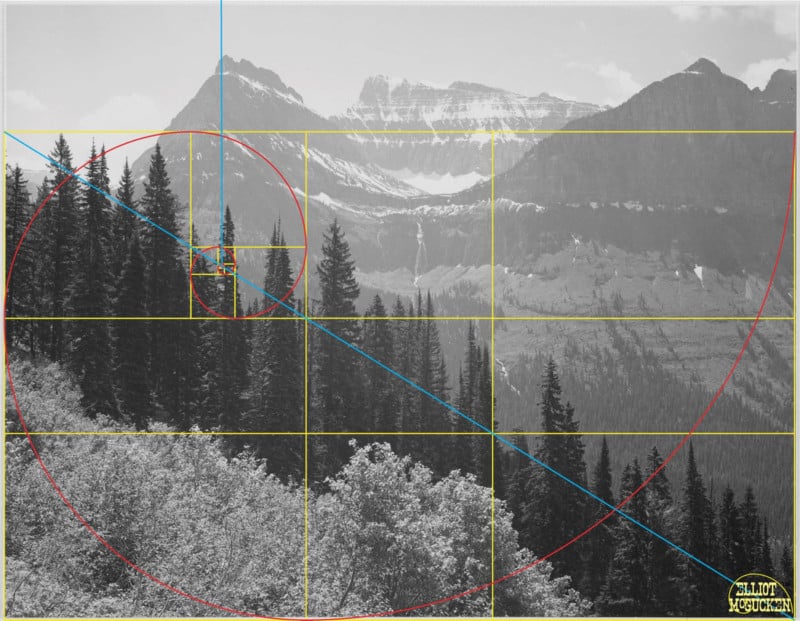 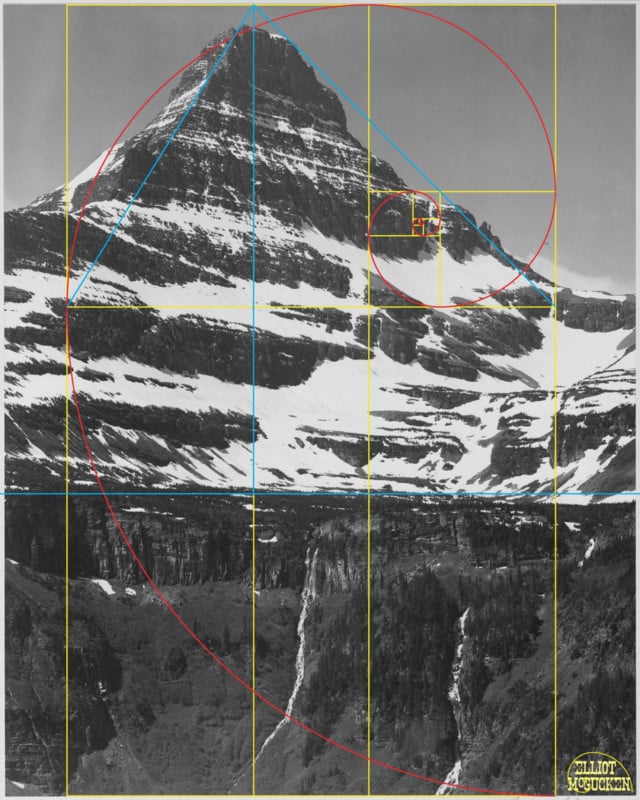 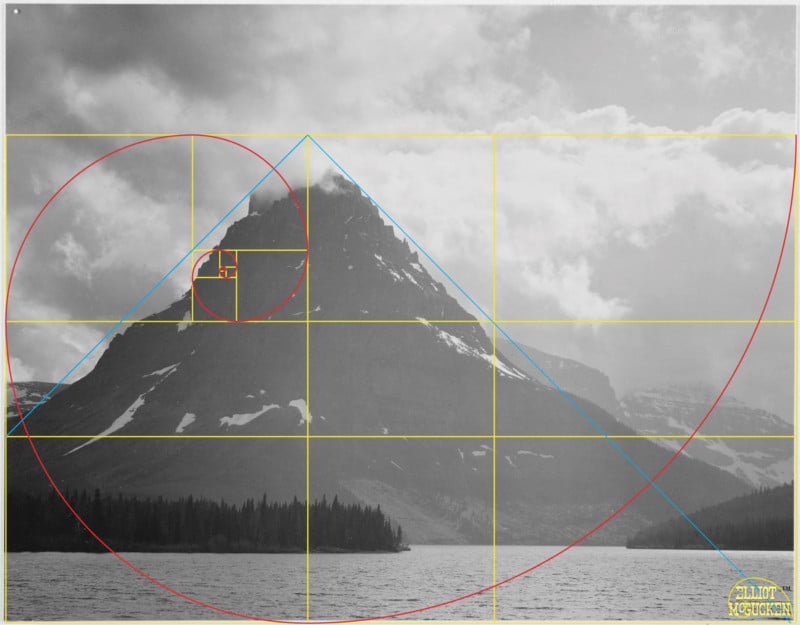 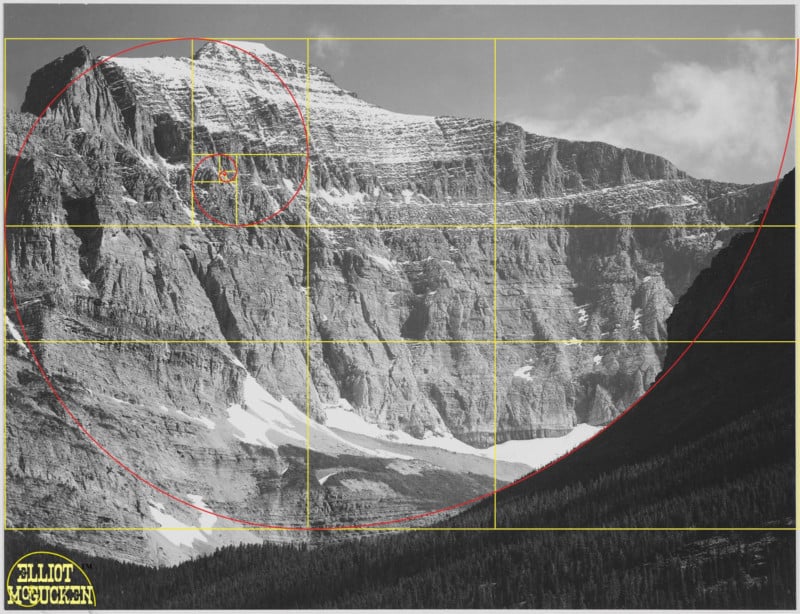 McGucken has also written a free Kindle book on the subject of the golden ratio and art. You can find more of McGucken’s works on his website and Facebook page. If you’d like to enjoy more of Adams’ public domain photos, you can find a large selection over in the Wikimedia Commons.