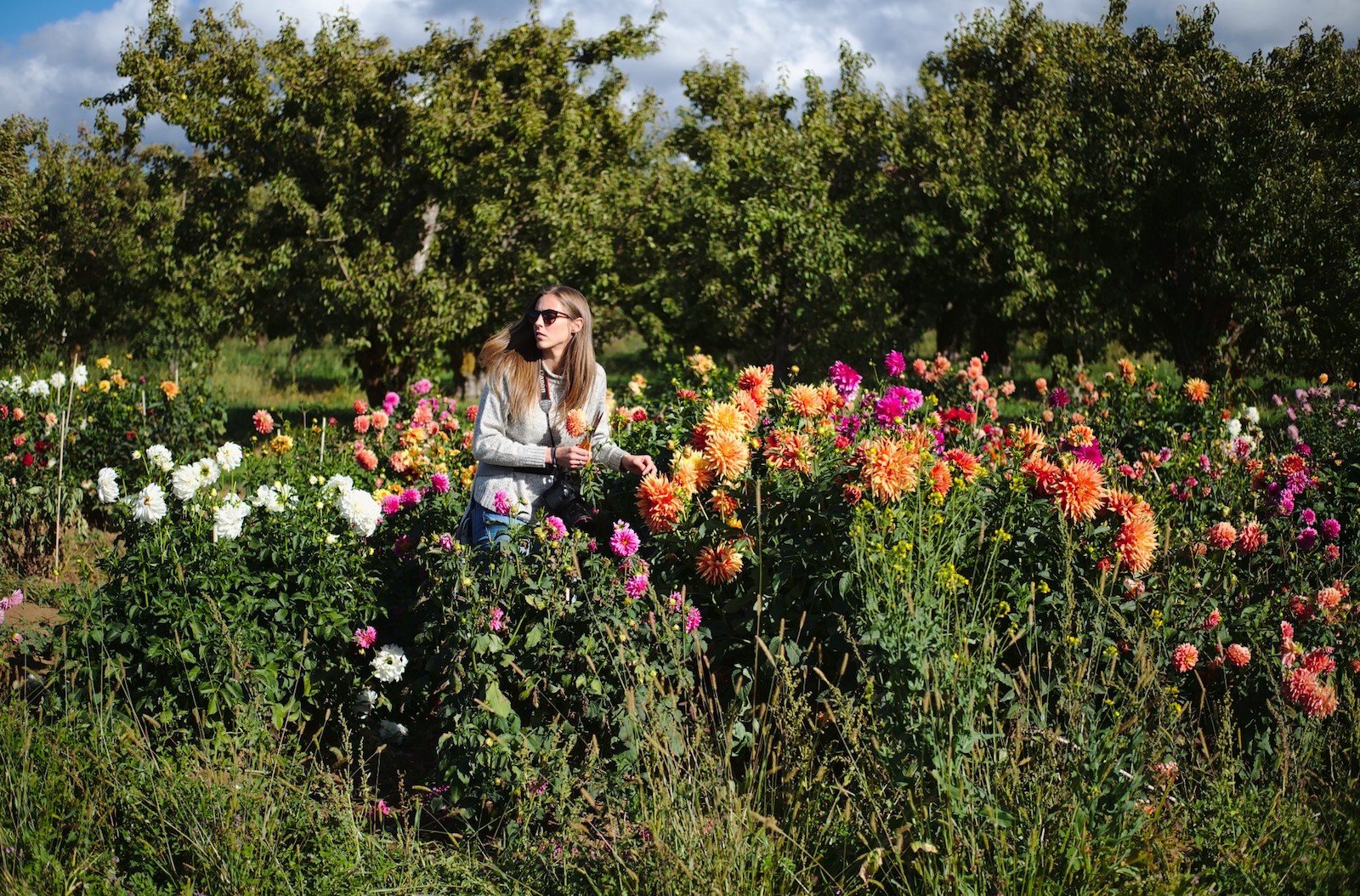 In my previous article on the difficulty FujiFilm’s X-Trans sensor has preserving fine color detail, I used the free software Darktable to process the RAW examples. I showed how, specifically in terms of color detail, Darktable was able to do a better job than FujiFilm’s own processing. (I also pointed out the compromise between color detail and false color/moiré inherent in X-Trans)

Several commenters suggested that I could get better results from a commercial software product called called Iridient Developer (which, it should be noted for those yet unaware, cannot be installed into your FujiFilm camera’s firmware in order to improve its JPEG output).

Iridient has become a popular alternative/adjunct to Adobe’s Lightroom for FujiFilm X-Series camera users who wish to process RAW files, due not so much to Iridient’s excellence as to Lightroom’s inadequacy in desmosaicking X-Trans images. I don’t have access to Lightroom and therefore cannot provide my own example of its output, but a simple Web search will provide you with more than you need to confirm this assertion.

Admitting that if we want to preserve fine color detail we must abandon the camera JPEG output, the question remains: which RAW processing software will provide the best results? While everyone seems to agree that Iridient is better than Lightroom, the question has never been answered as to whether or not it is better than Darktable.

Since this is clearly a subject still mired in confusion, I thought it would make for an interesting comparison.

I’ve seen the results of several shootouts between Lightroom, FujiFilm JPEGs, and Iridient, and I know from my own experience that Darktable’s output is very similar to Iridient’s, but I haven’t come across any direct comparisons—which isn’t very surprising considering the fact that Darktable is not a commercial product and nothing is to be gained financially from promoting its use.

In this article, we will explore the differences and similarities as they relate to image quality, in particular the quality of luminance detail.

Note: Darktable, dcraw, UFRaw, RawTherapee, and perhaps other Free RAW processors, all use Frank Markesteijn’s algorithm for demosaicking X-Trans images, so similar results can be achieved with any of them, but we’ll focus on Darktable here because it is, in my opinion, the most capable and mature, and the program I use the most personally.

Buckle up and get ready for some crops! Put on your reading glasses if you need them. Have a cup of coffee (double espresso for me, thanks).

Even with these prerequisites, I’m sure some percentage of you will be squinting at the screen and wondering what the heck I’m talking about. That’s OK. Visual acuity varies as widely as does opinion on the significance of detailed image analysis.

Iridient output was generated by Iridient X-Transformer (which produces a demosaicked RGB DNG file, not a re-mosaicked Bayer image as is commonly believed) with the following settings: Detailed, Sharpening Off, Luma NR Off, Chroma NR Off, Lens Correction Off. This image was then post-processed through Darktable, applying the same color profile, basecurve, and sharpening (none) as the other images to permit pixel to pixel comparison.

Darktable’s output was generated by processing the RAF file directly with the Markesteijn demosaicking algorithm (3-pass mode), 2 iterations of false color smoothing (chroma median filter—this amount selected to match the appearance of false colors in the Iridient image), and no sharpening.

It is apparent that Iridient is applying a small amount of sharpening even with sharpening disabled. It took an unsharp mask of radius 1.5 amount 0.15 applied in GIMP to get the Darktable output to match visually. This level of sharpening is insufficient for optimal viewing of these images at 1:1 (so be aware they’ll look a bit blurry here), but so many readers were confused by the use of sharpening in my last article I decided to try this one without it. 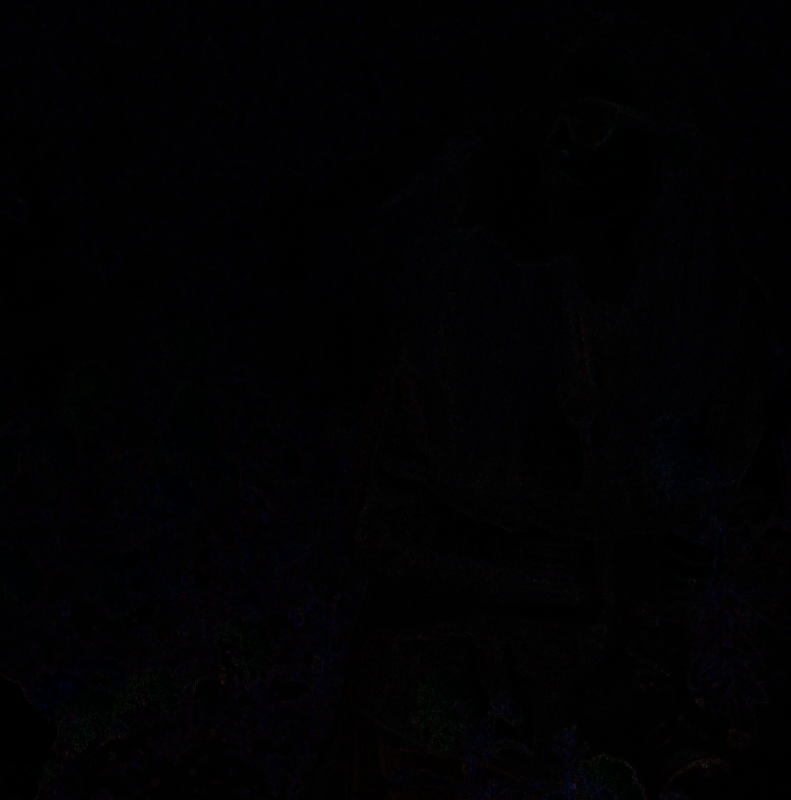 Still can’t see it, huh? Well, that’s because there’s not much difference to see. OK, stop fiddling with your monitor settings, let’s scale the whitepoint on that from 255 to 25 so we can actually see what’s going on down there: 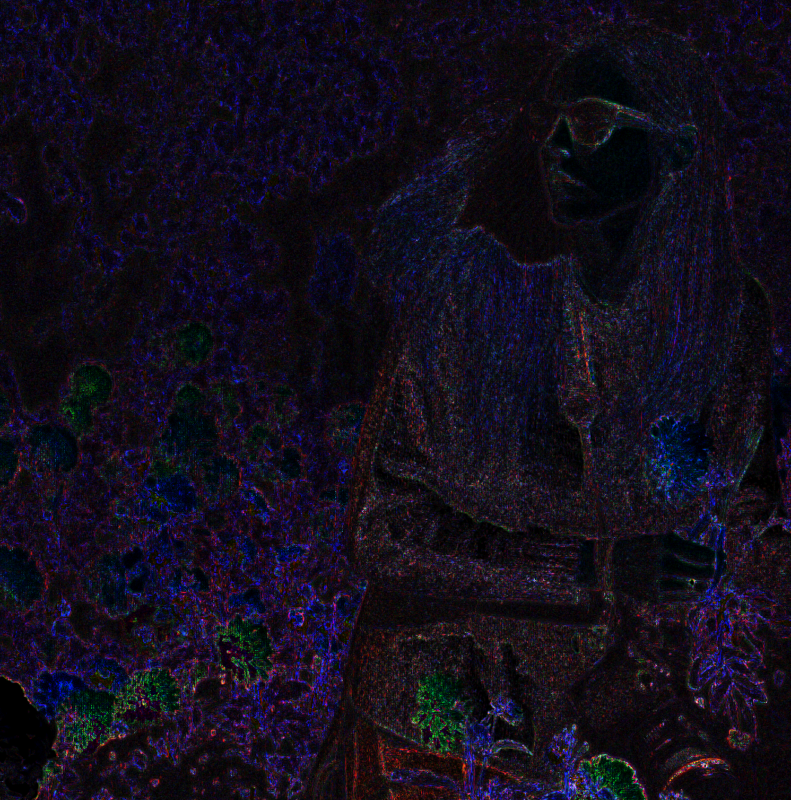 What you’re seeing are subtle differences in the appearance of false colors and the effect of the different sharpening filters. Unfortunately, I could not find a way to completely disable sharpening and NR in Iridient.

Iridient also seems to be using some a edge aware mean or other smoothing filter on the luminance channel even with luma NR disabled (which Darktable isn’t doing).

If you squint you can see a few single pixel errors in Darktable’s output where some of the the X-Trans III senor’s masked phase detect pixels are located. Iridient must be compensating for these pixels (as it should), perhaps just incidentally due to the luminance NR it’s always applying.

The algorithms employed by Darktable and Iridient produce extremely similar output (so similar, in fact, that they may even be the same underlying demosaicking algorithm).

Iridient applies some additional post-processing which cannot be disabled (or is perhaps using a joint-demsoaic/denoise algorithm), while Darktable leaves absolutely all noise reduction, sharpening and other filtering to the user’s discretion. However, Darktable is not interpolating around the phase detect pixels as it should for this sensor technology, although these single-pixel errors are unlikely to be noticed by all but the most critical viewers. (i.e. apparently just me).

For all practical purposes, the output of the two programs is identical, even under close 1:1 inspection. What’s more, Darktable et al. are free to use, share, and modify—offered to you from the goodness of their respective developers’ hearts.

I know what I’m going to use.

About the author: Jonathan Moore Liles is a photographer, writer, musician, and software architect living in Portland, Oregon. You can find more of his work on his website, Instagram, and Band Camp. This article also appeared here.