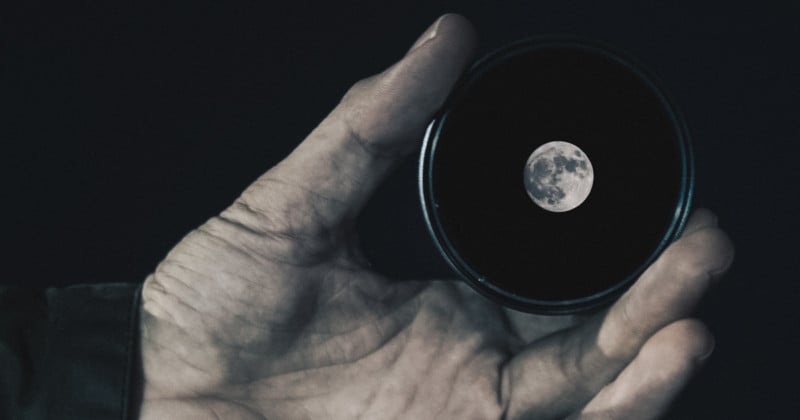 Last night, talented photographer and MIT researcher Andrea Fanelli went out to capture the epic supermoon we’re currently experiencing, only to arrive at his chosen spot too late for that standard ‘moon over the skyline’ shot. So he got creative… and captured something WAY better in our opinion.

Fanelli shared his alternate take on a supermoon photo on Reddit, where he also described his thought process:

Unluckily, I remembered about the super moon too late and I arrived at the right spot along the river when the moon was already too high in the sky, far above the building line. So, while thinking about a possible shot which included the moon, I came up an idea. 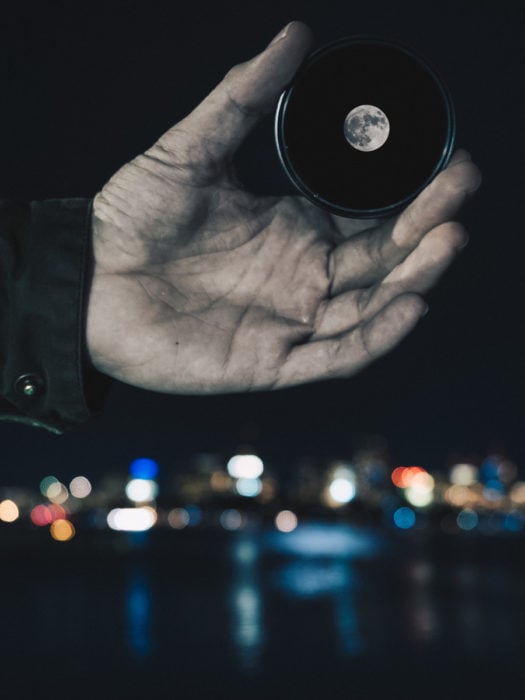 Photo nerds will immediately recognize this image as a composite of two images: one with the moon in focus and one with the hand in focus. It’s not crazy Photoshop, but it’s definitely beyond the scope of a single shot to be able to capture, especially with the blurry skyline.

And speaking of post-processing, Fanelli also explained why he decided to desaturate his hand and blur the skyline:

Having both the skyline and the hand in focus looks incredibly fake, so I decided not to go in this direction when I was processing the image. Blurring out the hand didn’t make sense, since the hand is the element that creates the composition of the photo. So I just went for having the hand in focus and blurring the skyline.

For the toning of the hand, I decided to desaturate it so that it was matching the color of the moon to have a bicolor tonality (blu and white). I also have a version with the original colors, but I don’t like it as much.

You can see that original color image below: Regardless of which shot you prefer, this concept is a much more creative take on a ‘supermoon photo’ that stands out from the hundreds of images we’ve been seeing today. It’s a great example of serendipity in action. Or, as Fanelli put it, “In this case, a mistake turned into the creation of an image I would have never created if I was there in time for the moon rise.”

Image credits: Photo by Andrea Fanelli and used with permission.