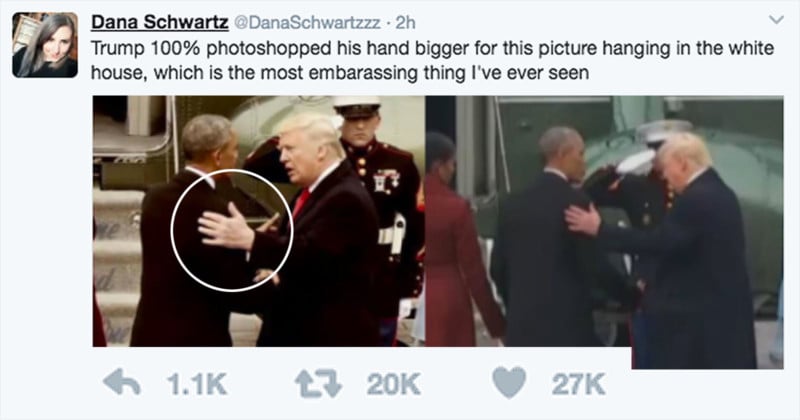 After ABC News aired an interview with President Trump this week, controversy erupted after people began accusing the White House of Photoshopping a photo of Trump to make his hand look bigger than it actually is. It turns out that Photoshopped photo was actually a fake.

The photo in ABC’s broadcast at the center of the controversy is one that is currently hanging near a staircase in the White House.

The Washington Post reports that the hoopla started after New York Observer writer Dana Schwartz Tweeted a comparison photo showing how abnormally large Trump’s hand is in the photo: 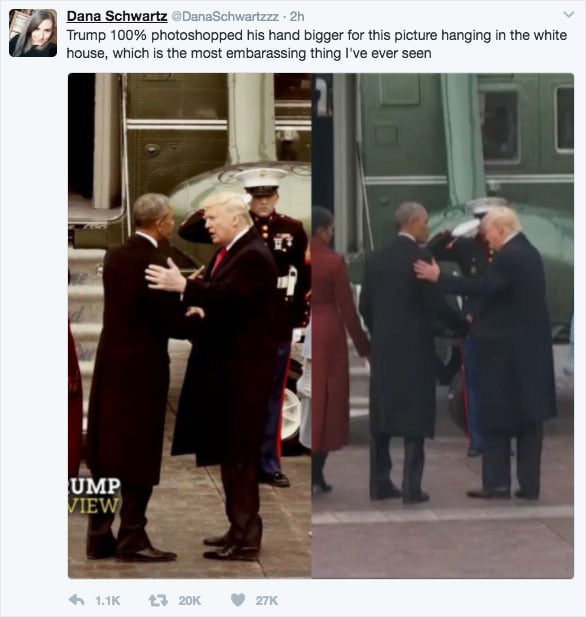 “Trump 100% photoshopped his hand bigger for this picture hanging in the white house, which is the most embarrassing thing I’ve ever seen,” wrote Schwartz in her Tweet, which has since been deleted.

She soon did some research and found the original photo on Getty’s website and posted another comparison: 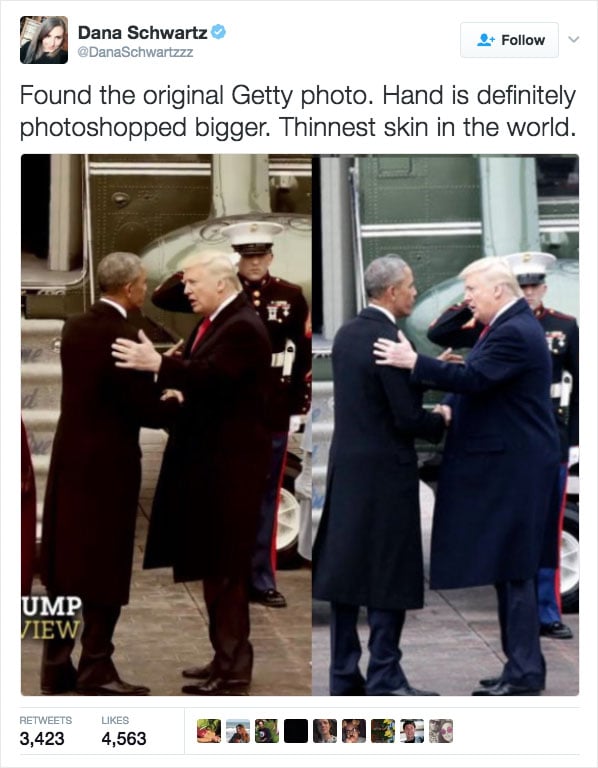 Schwartz’ Tweets went viral with tens of thousands of retweets, and soon others were weighing in about how clearly Photoshopped Trump’s hand is in the photo. 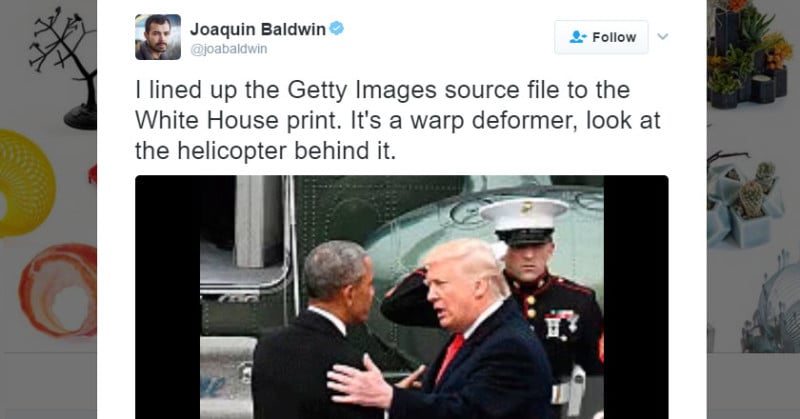 From the comparisons, it was clear that Trump’s hand had been digitally inflated by the White House for its print hanging near a staircase. Case closed… except it was the original viral image that turned out to be the fake.

The Washington Post points out that the photo shared by Schwartz isn’t actually the photo that appeared in ABC’s broadcast, and it’s not the photo that’s hanging in the White House: The photo that went viral was an edited version of ABC’s still frame, as people soon began pointing out:

It turns out Schwartz had found her original comparison photo through a Twitter account called @JohnnyAmerica6, which had apparently ‘Shopped the picture as a joke. 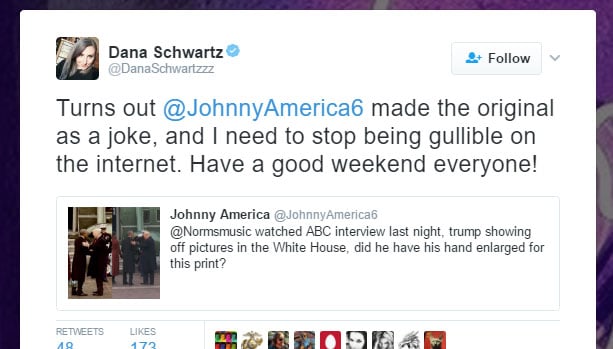 Schwartz then took down her original Tweets and began Tweeting out apologies for not verifying the information before broadcasting it to the Web:

As an interesting side note: Schwartz’ employer, the New York Observer, is owned by Jared Kushner, Trump’s son-in-law and senior adviser.