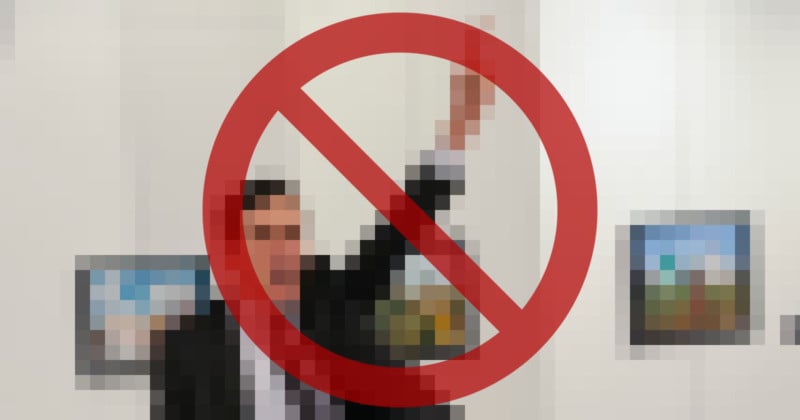 Burhan Ozbilici’s stunning photo of a gunman moments after assassinating the Russian Ambassador to Turkey Andrei Karlov spread like wildfire over social media. While many within the photojournalism community quickly declared the image as the “photo of the year,” and worth of top prizes, one voice offered dissent.

Matt Slaby is a photographer and founding member of Luceo Images, a creative visual agency that originally started as a collective of top photojournalists.

Media folks, is it too much to suggest that imagery of human beings being killed be spared the awkward, bro-ish fist-pumping whereby we extol the quality of the image in ‘best-of’ terms? There’s nothing amazing, heroic, or powerful about the things we are seeing today. The commentary that’s filling my feed right now is pure discord and belies a kind of disconnected entertainment we get out of horror movies. Except this is real life. Maybe I’m alone in this sentiment, but I think its good to remember that. Always.

I reached out to Slaby via e-mail to get more of his thoughts on the matter.

Social commentary aside, what was your initial reaction to the photo?

Matt Slaby: I don’t think there is any doubt that the picture is a strong news photograph. The image is cinematic. You could have pulled this still from a Guy Ritchie or Quentin Tarantino movie. Which is something that, I suspect, we are all seeing in the image. There is a sense of life imitating art in the dress, posture, expression, and raw violence on the backdrop of an otherwise sterile photography opening.

How does the image compare to Napalm Girl, Jack Ruby, and Asanuma?

Matt Slaby: The differences are actually easier for me to point out. For starters, it’s contemporary. It’s shot in color. It’s impeccably clear in its focus and resolution and, relative to the photographs you are talking about, hyper-realistic. Like I’ve said, we’ve seen this image before. It just happens to be in the movies. The second difference that is obvious is that the focus of this image is on the assailant and not the victim. The three images you talked about are compelling in their own right because we see the expression of the victim and connect with the horrors those images present in an empathic way. This image is different. We are seeing the anti-hero, David over the slain Goliath. All social commentary aside, it is a much different image than the historical images you’ve referenced.

You raised objections to the fetishization of the image. Can you elaborate?

Matt Slaby: My objections were voiced in a Facebook post I made reacting to a string of commentary that I was seeing on the day the image was made. Most of the commentary was from people who are in the photo business. These posts, boiled down, essentially bypassed any reaction to the very human tragedy that the image presented, opting instead to extol the virtues of the images in ‘best-of’ terms. I believe that language and context matters immensely when it comes to how we view imagery. In an era that creates more pictures each day than were created in the first 100 years of photographic technology, I think it matters even more. Essentially, we are rapidly approaching a time when all things can be visible at all times. If we’re viewing those things with this binary good/bad, thumbs-up/thumbs-down framework, I believe we’re really missing the point. Giving a thumbs-up to an image that depicts a human being killing another human being is deeply discordant and troubling. I’m afraid that human nature is to resolve that discord in a manner that objectifies and dehumanizes the content therein. My thoughts on this aren’t new, it’s just something that I felt compelled to point out as it happened because it was a moment in time when we could actually witness the black chemistry that works to transform a human being into an object for consumption and that was happening right before our eyes.

In your opinion, what is the appropriate way to acknowledge a strong image while respecting the subjects?

Matt Slaby: I’m not sure that this is the best starting point for discussion. By way of background, I worked in emergency services for seven years. I spent six years with a major metropolitan ambulance company. We ran about 17,000 calls each year between three ambulances. In short, we were busy. I’m no stranger to tragedy, death, and gallows humor. As I’ve grown from a young man into a man headed into middle age, my perspectives on some of this stuff have developed. I’m afraid that death and killing is something that inherently disrespects the subjects. I’m not sure that the photographer or the publisher of these images can undo that. There’s no real way around that. My concern for our industry is that we have an internal romance with violence that is a little prurient. It’s how we end up with war photographers being hired for fashion shoots. It’s reflective of this fetishization and the cross-over is predictable and a little bit weird.

I’m not arguing that the photograph shouldn’t be seen or have an audience, though I am sometimes challenged by the context in which those pictures appear. They don’t belong in year-end ‘best of’ galleries. I think they compel us to find some morality in our vision and have no placed next to words that contextualize the image in the same way that we talk about a great football play.

You said “populism has a way of eschewing nuance.” I agree in principle, but can you elaborate on the nuance of this photo?

Matt Slaby: The real nuance of this image is not in the image itself, but what it signifies geopolitically, and what it means for the balance of powers that are edging free from the fulcrum. I said it offhand and really meant it as a way to help us refocus on what the image means rather than the fist-pumping for the photographer.

In the Facebook thread, both you and another photographer referenced Daniel Berehulak’s reportage for the NYT. Are you raising objection to the photographer’s work or the industry’s response to the work (or both)?

Matt Slaby: I’m not raising objection to his work. It is in the vein of photojournalism that offers incredible insight and context to what we see in the pictures. [The other photographer] was pointing something out that I happen to agree with: when those pictures published, my social feeds were full of the same hyper-macho talk about the photographer rather than the work and what the work meant. It’s deeply troubling to me.

We can scrutinize the industry response to the image, but what about the public’s response? Many people said it “looks staged” without implying that is actually staged. How should the public respond to a powerful image (I’m also thinking of images like Omran Daqneesh)?

Matt Slaby: There is also an element of the public that believes that Sandy Hook was staged. We are living in a time when lies have as much credibility as truth. The most troubling thing about this is something that you alluded to in a previous question. Namely, our ability to explore the nuanced spectrum that falls between absolute truth and absolute lies has been eroded. I’m not sure how to approach this problem, but it suggests a layer of thinking that probably hasn’t been part of the editorial process before. I’m not sure that I entirely agree with where this goes logically, but the suggestion that people don’t actually believe the content of a picture certainly erodes its efficacy as a communication tool. Which begs the question: is a photograph effective and newsworthy if it is unbelievable? I don’t necessarily like the outcomes that that question suggests, but it certainly illustrates the weird times we are living in.