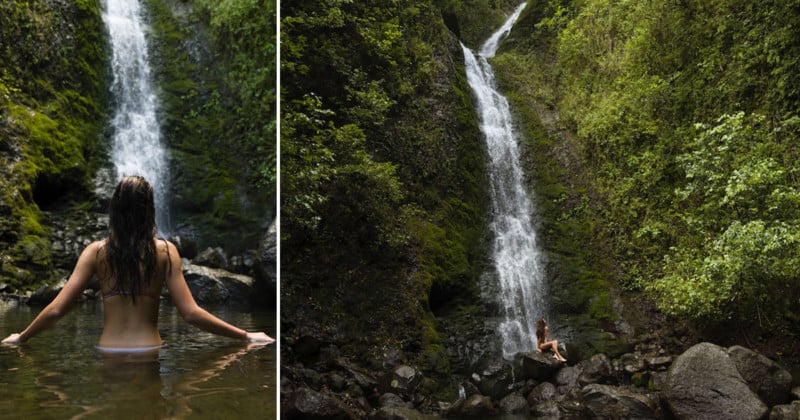 Here are a few reasons why having a story to tell is far better than not.

1. The Billy Goat curse set down upon the beloved Chicago Cubs. With that, the MLB didn’t have to put a cent towards marketing this World Series.

2. Kyle Busch, making the ultimate comeback after a broken leg, goes for his first championship while Jeff Gordon, the face of NASCAR alongside Dale Earnhardt Jr., races his last race (or so we thought). 2015 NASCAR Sprint Cup Championship needed no marketing, everyone wanted to see if Jeff Gordon could walk off in his last race with one more championship.

So… how does this pertain to photography?

When you’re looking through your favorite photographers’ websites, more often than not it’s a collection of their very best shots. This can easily give you a sense that you should have a short list of shots that are going to be epic, that you’re going to nail, that’ll rack up likes and make you Instagram famous.

This is a bad idea.

First of all, Instagram is so 2016. With 2017 right around the corner, it’s time to get ahead of the game and work on being a postage stamp photographer. Handwritten letters are going to make a comeback and you could be the face of the USPS. We all know they could use all the help they can get right now. Then again, if you’re one of the crazy people who think Instagram is still going to be around in 2017, this explanation is for you.

Having a few list of one-hit-wonders to get at a location underutilizes the potential for what you can accomplish and create. It limits you to creating photographs with less context and less meaning.

Let me give an example. Say you’re contracted to shoot a bikini line and your plan is just to head out to the beach and get 3-4 good photos of each suit. You might end up with poses, and ultimately photographs, that don’t really tell a story of enjoying the bikini at the beach, which is probably what your client actually wanted. So instead, let’s turn this into a story featured around a young lady, we’ll call her Carmen.

Carmen is going find a beach that no one else knows about where she can run around, play in the sand like she’s a kid on Summer vacation, and make a clothing line of all her brand new bikinis. Now you’ve got a series of photos, a story, that can tie all of the bikinis together because of this clothing line that acts as a transition for outfit changes.

Now, as a disclaimer, I’m writing this from the point of view of a lifestyle photographer trying to capture life being lived and enjoyed. To help with my argument, I’ll use the photographs from my latest shoot with Haley Pops. 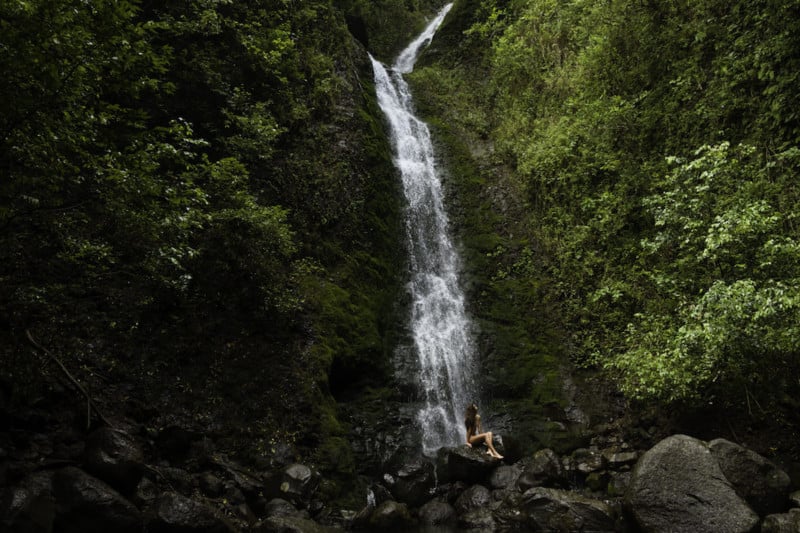 It would be easy for me to look at this photo and tell myself, “You’ve done decently well, call it a day. Maybe it’ll do good on Instagram because the latest trend seems to be landscapes that adds a human element to give you the understanding of perspective and magnitude.” But there’s so much more story to be told. How we got there? What happened along the way? etc.

Telling a story does a few things for you: (1) It helps you become more creative, a storyteller; (2) it gives you a ton of related images that can be posted to Instagram one post at a time, to keep people coming back for more; and maybe most importantly, (3) it shows potential clients that while you’re out and about you get more than one or two images worth keeping—in other words, you’re worth the time and effort.

So here’s a foolproof way to jumpstart your creativity and storytelling. First, decide on that hero shot, the one that could be your one hit wonder—those are still important, but we want to expand our horizons to other shots. In the case of Haley, that hero shot would be the photo above.

Now that you know where you want to end up, just work on how to get there. First, set the story. A wide shot that gives perspective of where you are is a nice way to set the scene and capture a great landscape at the same time. 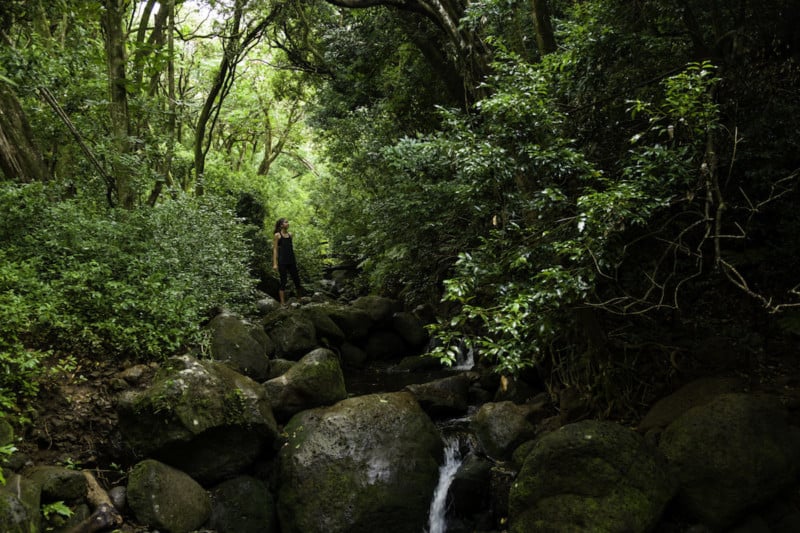 Begin adding photos that document the journey to the hero shot—each should build up hype piece by piece. In this case, the stream indicates Haley iss on the right path to the waterfall. 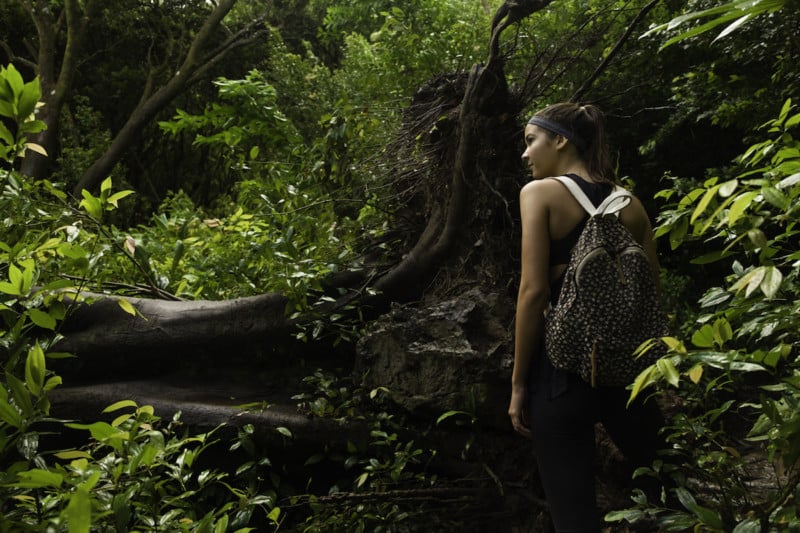 Always leave room for spontaneity. This tree recently fell down, and it acts as a nice bump in the road of Haley’s hiking story. 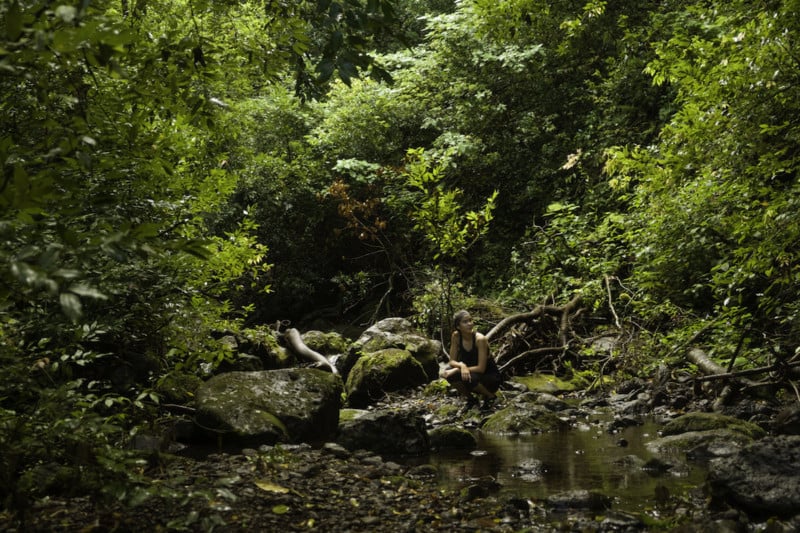 Add moments of rest and relaxation. This allows for you to get photos that are a bit more posed if your story had you moving around a lot. 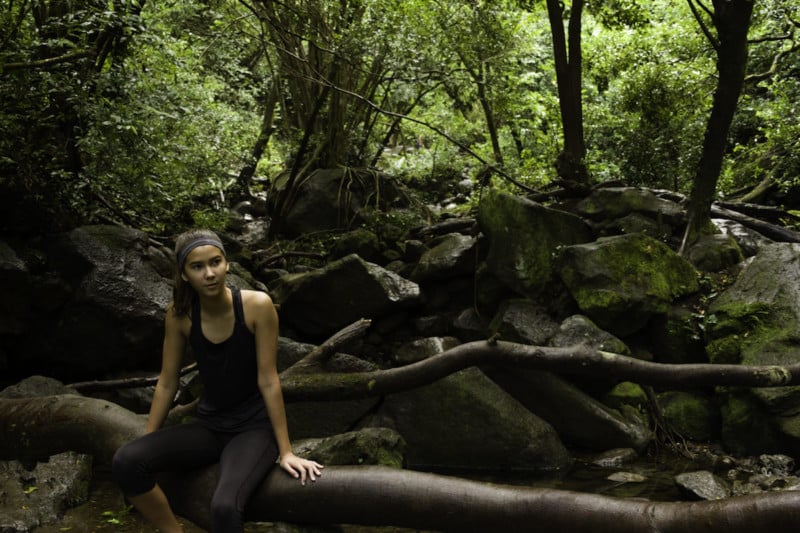 Be careful with redundancy, don’t lose your focus and go off on too many tangents. The ultimate goal is to get to that hero shot—don’t forget this.

For this series, I could remove either this photo or the one before it. Smartphones and the desire to consume media as quickly as possible has reduced our attention span, and everyone but your grandma and her flip phone has ADHD.

Too many photos like these will kill interest in your work faster than a few flaming phones and exploding washing machines killed Samsung’s reputation. 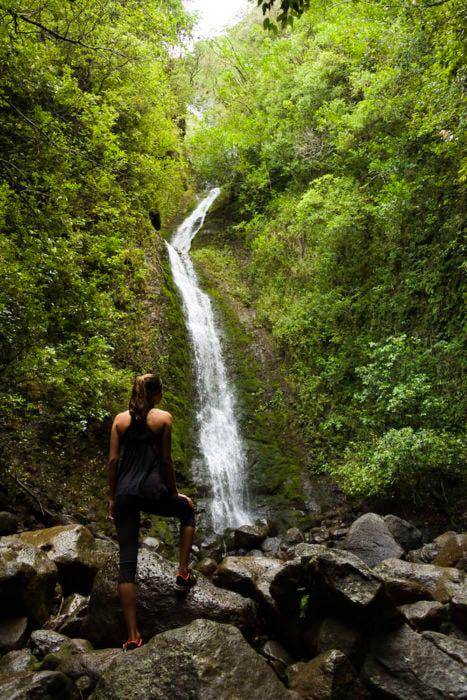 Embrace the climax. This was the first time Haley has ever laid her eyes on this waterfall—let that magic moment genuinely shine through. 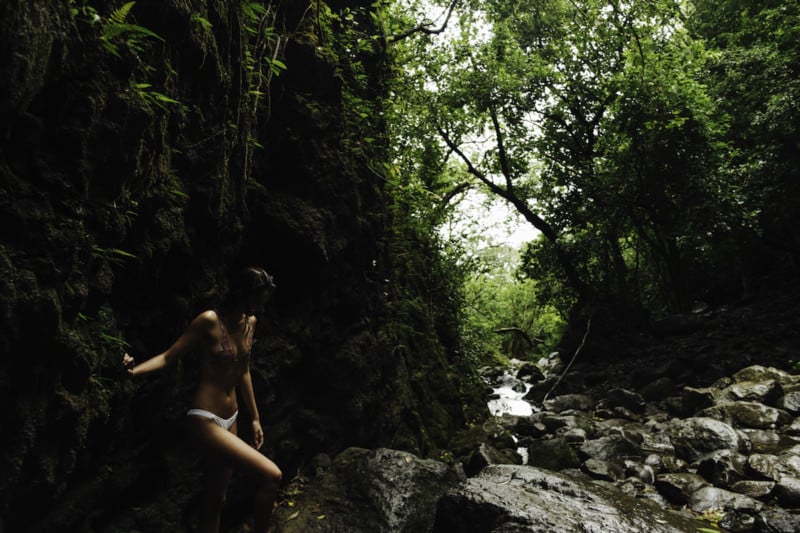 I live in Hawaii and we live in bikinis. Parents put their kids in bikinis shortly after they can walk, so it was important to embrace the lifestyle we have here. But instead of just placing Haley under the waterfall in that bikini, a few simple transition photos like this go a long way to make the story flow. 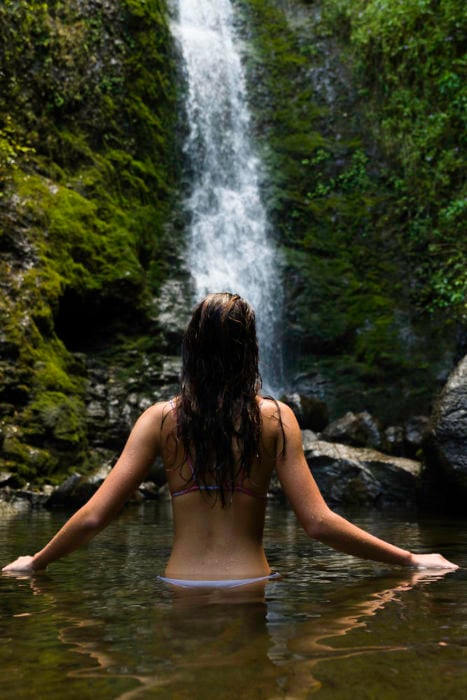 This was meant to be a transition photo to show how Haley got to the waterfall, but in ended up being a strong photo in its own right. 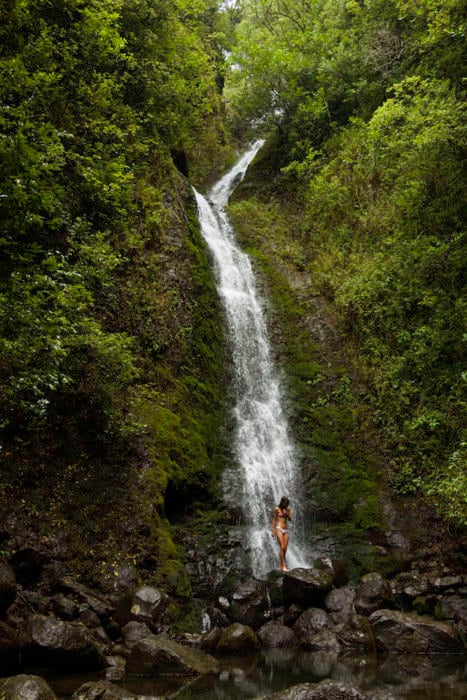 Finally, we get to the hero shot. It’s the image that the viewer has been anticipating, and probably now has a greater appreciation for since he/she lived that journey with Haley. But just like Star Wars, the story does not end with Darth Vader killing Darth Sidious and reverting away from the dark side. The story ends with the celebration and force ghosts of Obi-Wan, Anakin, and Yoda. End it with an image that brings the viewer down from that climax.

If it’s lifestyle photos, end it with your subject experiencing an intimate moment of pure happiness.

I’m completely aware that a set of images like this begs to be told like a story, but this ideology can be applied to anything. If you’re a portrait photographer and you’re going to take a lawyer’s photo, ask that individual to get photos of him/her working. Grabbing documents, in the library surrounded by law books. If you’re a food photographer, get photos of the food being created, maybe even from the moment they get to work so you can document their daily routine.

The applications are limitless. This approach will broaden your horizons, allowing you to widen the scope of your specialty while still staying true to your niche.

Now that you’ve seen all of the photos I’m going to say this: the only equipment I used was a Fujifilm X-Pro2 + XF 18-55mm f/2.8-4R. Yes, the “kit” lens. So, why Fujifilm and not the Canon 5D series bodies sitting in my closet? One, it’s extremely sharp and their zoom lens outperforms some Canon L primes … that’s another argument for another day. Two, the context and meaning of the photos matter so much more than the gear that was used to create it. You don’t need a giant full frame to create amazing images, Fujifilm has proven that.

About the author: Allan Higa is a Hawaii-based lifestyle and travel photographer. You can find more of his work on his website, or by following him on Facebook and Instagram. This post also appeared here.