Back in August 2015, musicians Tom Hughes and Anna Silver had their heads shaved to raise money to support cancer patients. They then had the idea of turning photos of their hair growing back into the creative and trippy music video above, titled “The Changing Man” by Colonel Dax.

Between August 2015 and August 2016, Tom and Anna sat down in front of a camera every single day to pose for a portrait while wearing the same shirts. The camera gear had to be moved to different locations during this time, and editing the photos and videos together into the final music video took about 15 months.

The result is a video in which the duo goes from being bald to having full heads of hair in the span of about 3 minutes. 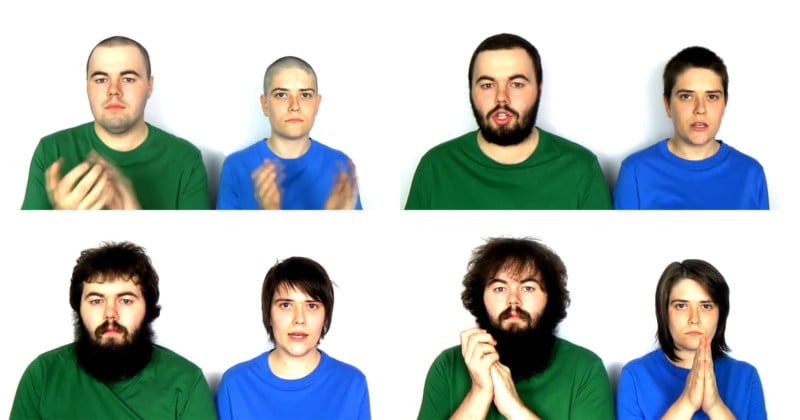 If you’re interested, you can find the song (and album) on iTunes, Google Play, Amazon, and Spotify.