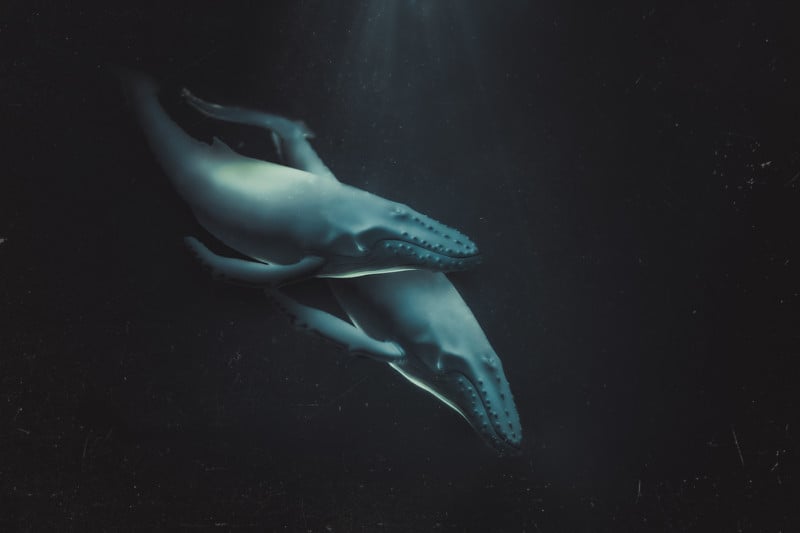 Egyptian photographer Amr Elshamy has shot photos showing whales and dolphins in the sea and polar bears and seals in snowy landscapes. But here’s what makes his wildlife photography different than most others: they were all shot indoors on a table in Elshamy’s room.

“One of my dreams is to travel the world with my camera and take photos of wildlife […] like a National Geographic photographer,” Elshamy writes.

Since he’s not able to do the real thing yet, he decided to create his own wildlife imagery using realistic animal models and sets built inside his room studio.

It’s “until I’m able to do the real thing,” he says. He titled the project “Life.” 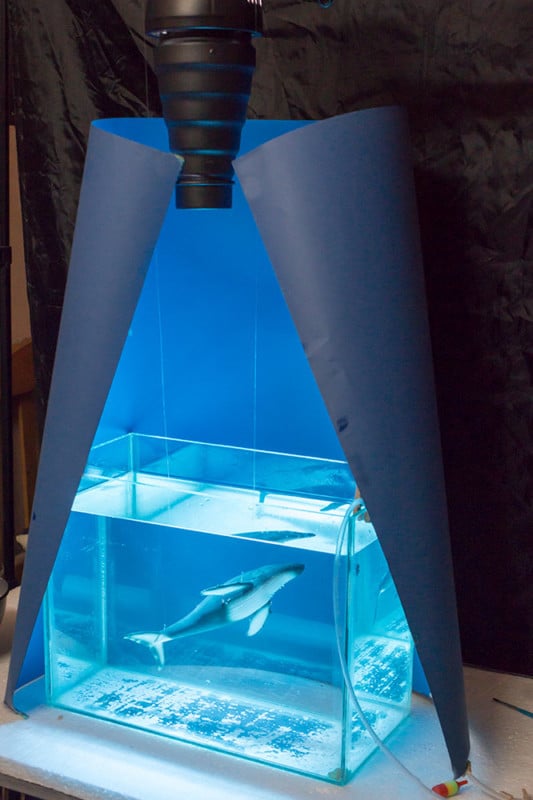 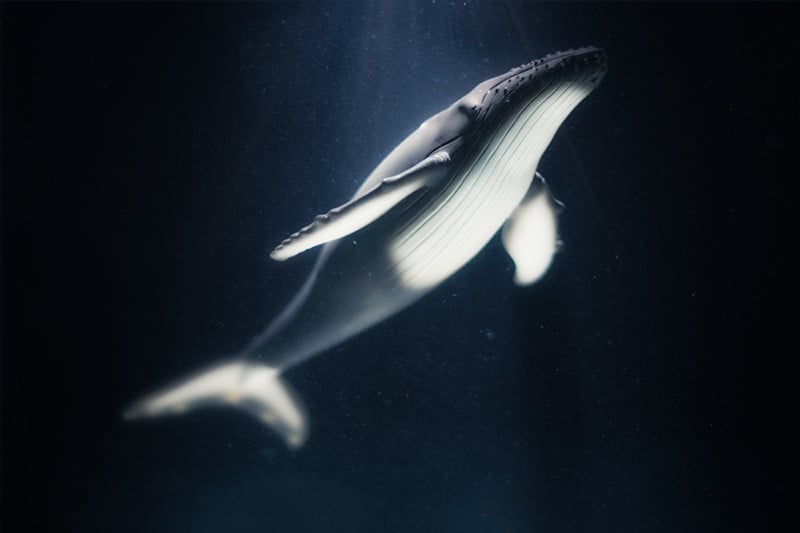 The project started a couple of months ago when Elshamy got in touch with a Chinese company called MOJO FUN, which makes highly detailed animal figures.

To create underwater shots, Elshamy filled a tank with water and added blue coloring to create a tint. To add specks of dust to the shots, he dropped tissues into the water and moved it around. He also uses a black background, fishing line to hold the animals, and a single flash head with a snoot with a blue gel. 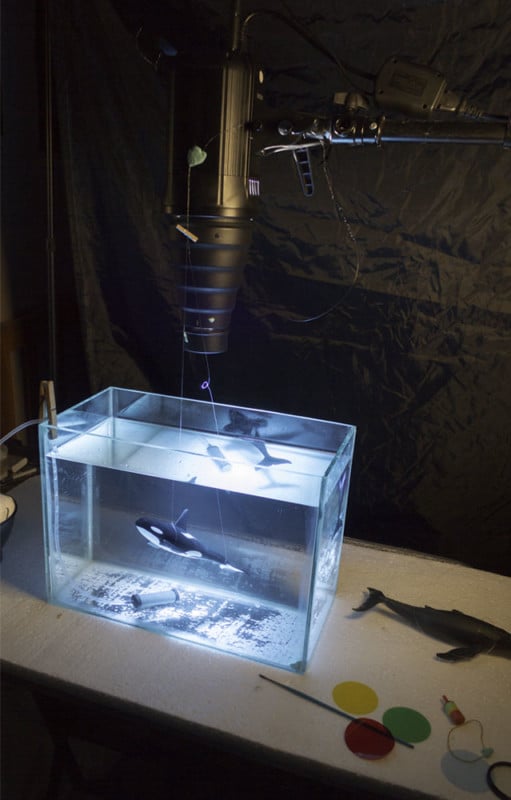 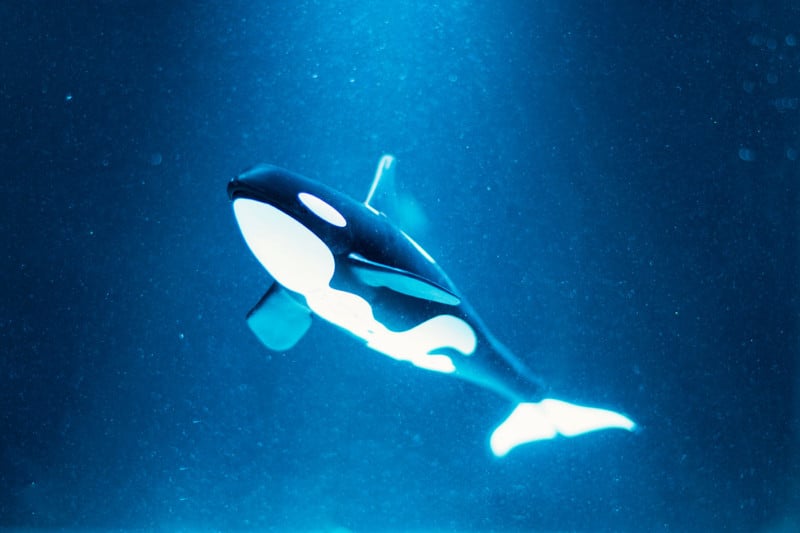 To create scenes of the snowy arctic, Elshamy uses a white background, 2 flashes heads (a softbox above and one for the background), and cheap snow that you can find at gift shops. 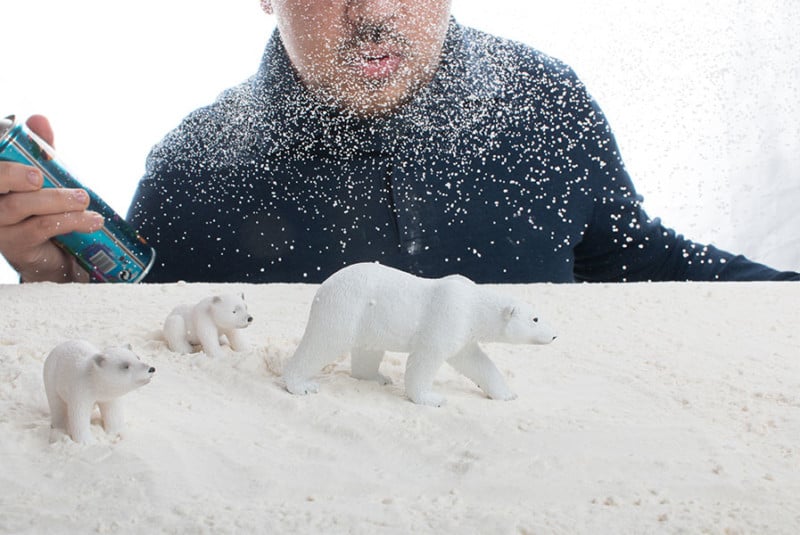 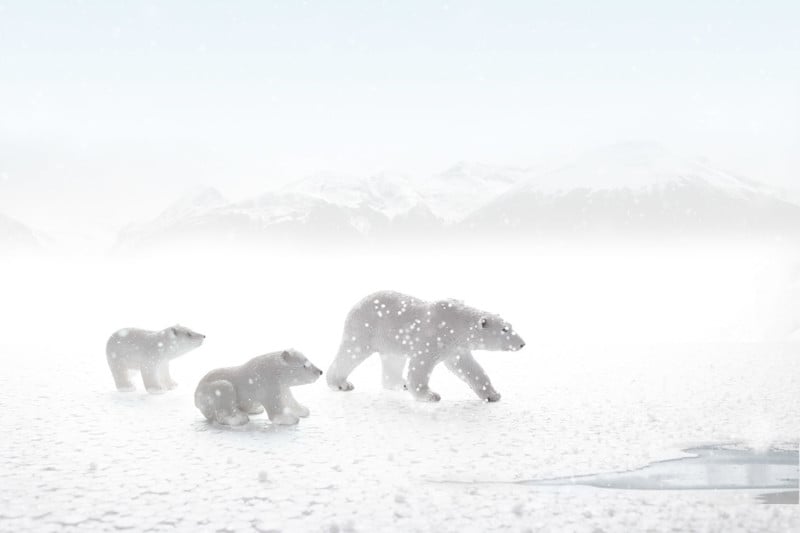 For his arctic scenes, Elshamy also adds in faint mountain landscapes into the background to add realism to the scenes.

Here are a few more of the tabletop wildlife photos Elshamy has created so far: 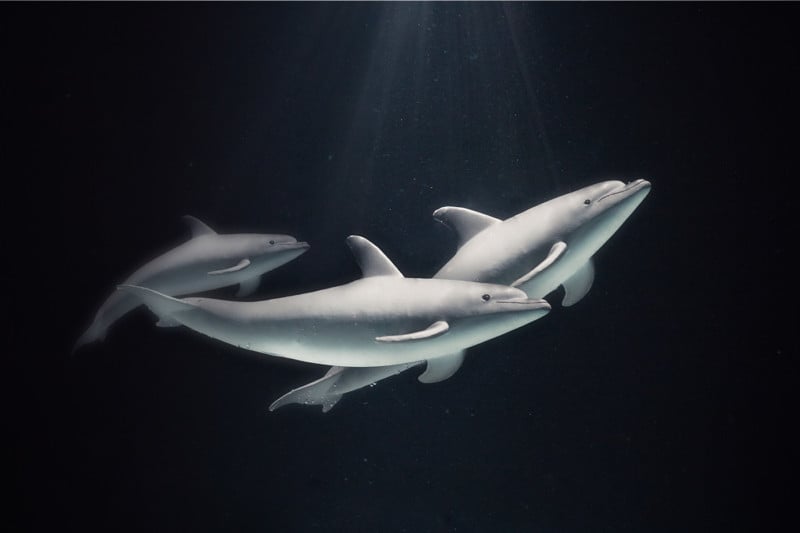 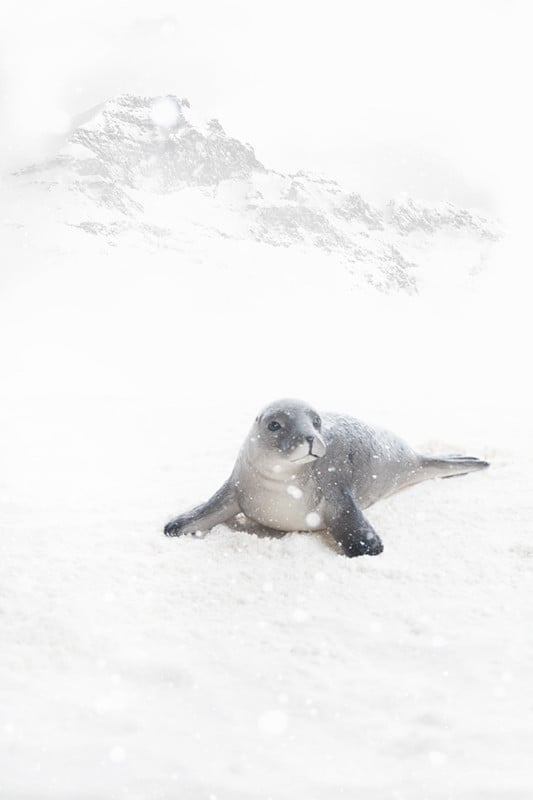 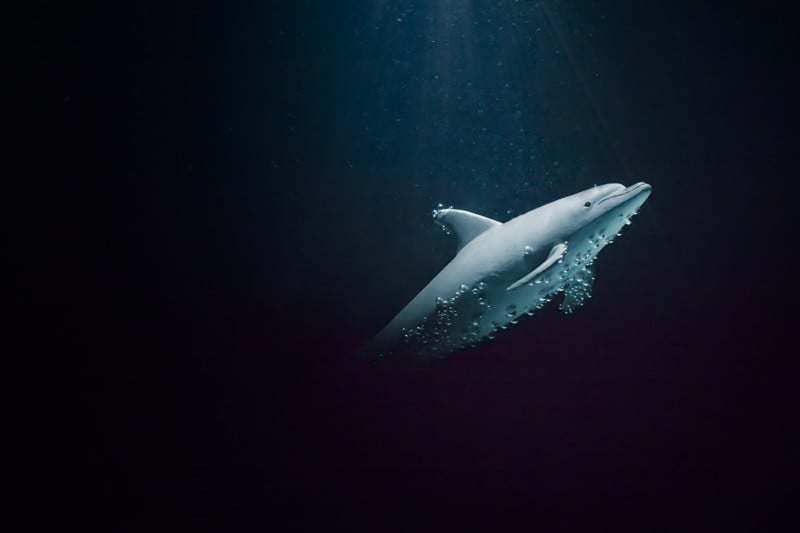 (via Behance via The Phoblographer)