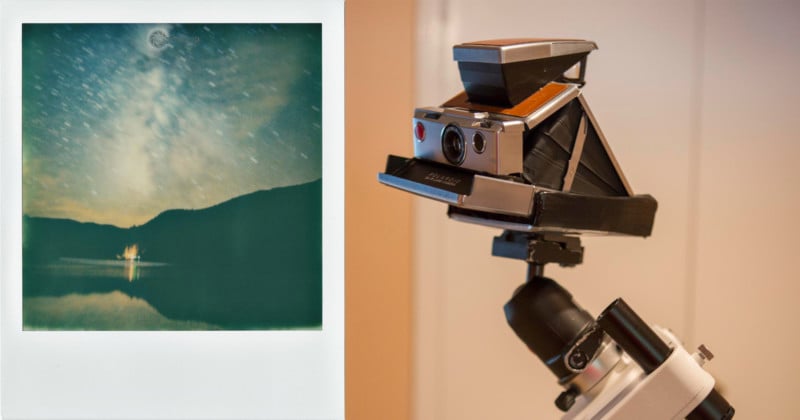 The final images are, of course, not up to the kind of quality we’ve gotten used to while browsing Flickr or 500px for Milky Way shots, but that’s not the point. His Polaroid shots are surprisingly evocative, capturing the night sky in a way we just plain haven’t seen before.

“[I first got] into astrophotography on the digital front. Yet, this was not enough to satisfy me,” Stein told The Phoblographer. “I needed to create more powerful images, and that is when I decided to experiment with instant film in astrophotography.” 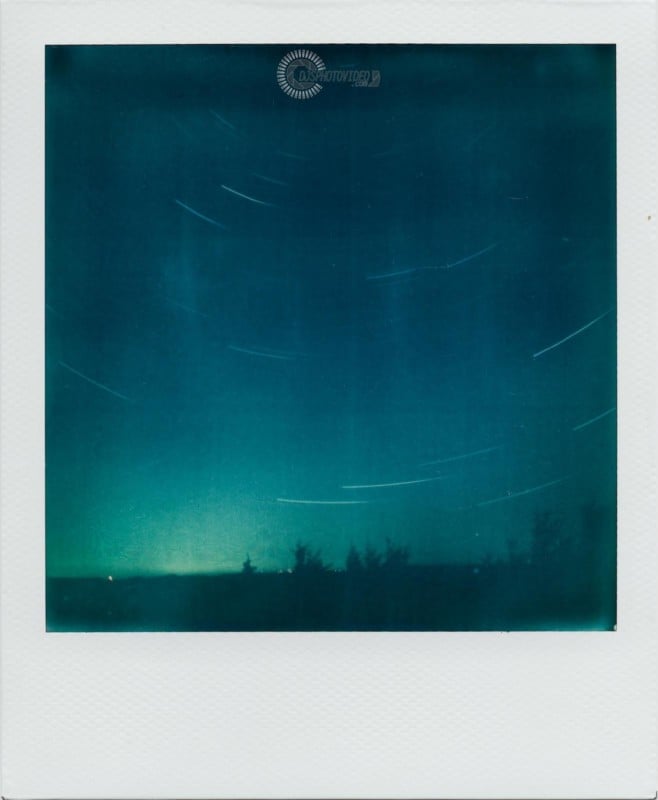 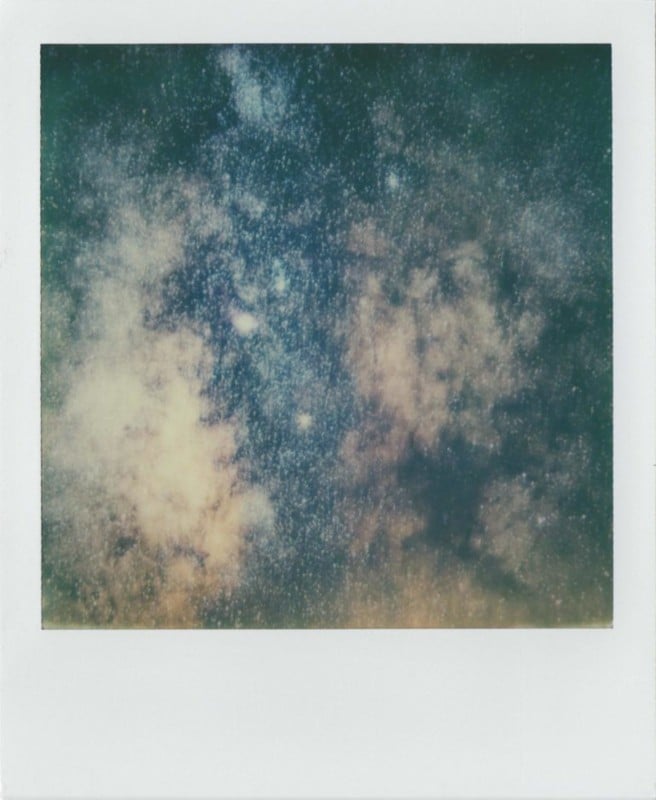 Stein explains that each photograph is first roughly composed using a DSLR. Once he’s happy with the composition, he locks the ball head he’s mounted on his star tracker, and swaps his 5D Mark IV for his trusty Polaroid SX-70.

Since the Polaroid offers roughly a 65mm equivalent focal length, Stein uses his 24-70mm f/2.8 set to 70mm to compose. 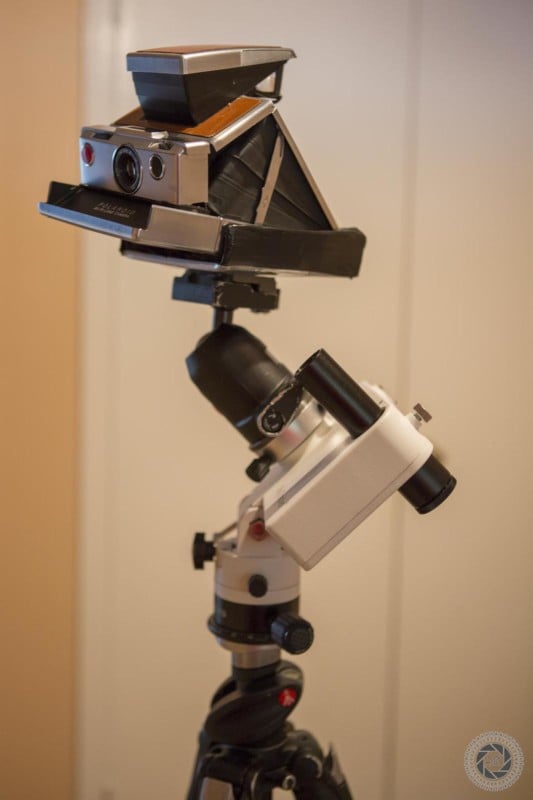 He then sets the SX-70’s exposure compensation dial “all the way into the white” and presses the button. The camera will automatically set an exposure of some 30 seconds, during which Stein will flip open the film lid and expose for as long as he thinks is appropriate given the conditions.

Surprisingly, he doesn’t actually wait for his “instant” pictures to develop before taking the next shot. He trusts that he’s got it right, and keeps on shooting, only reviewing the photographs once he’s back home.

Here are some of the night sky Polaroids he’s captured so far: 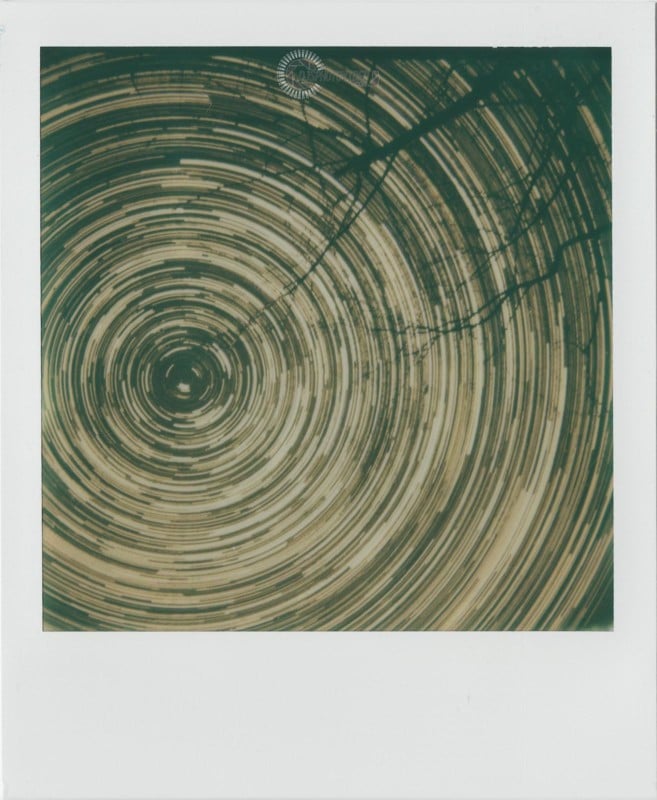 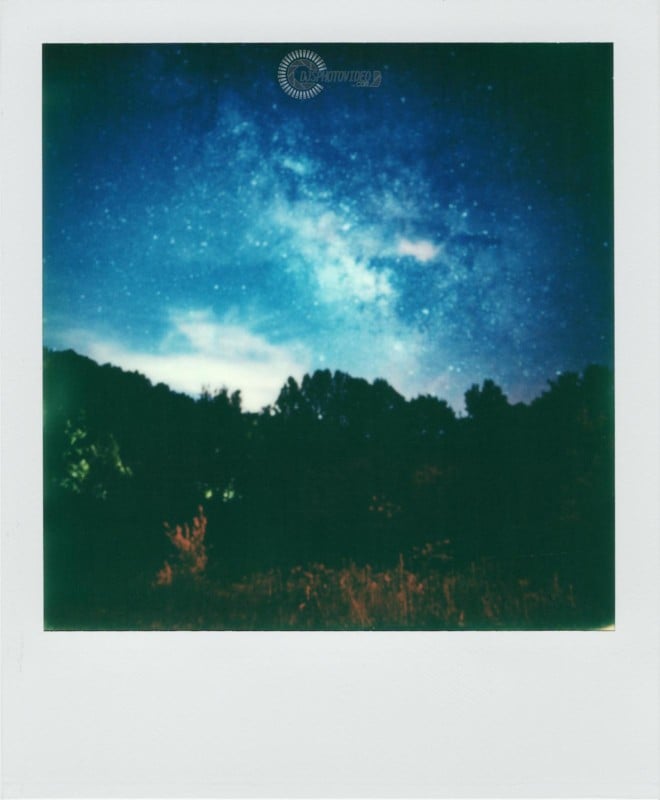 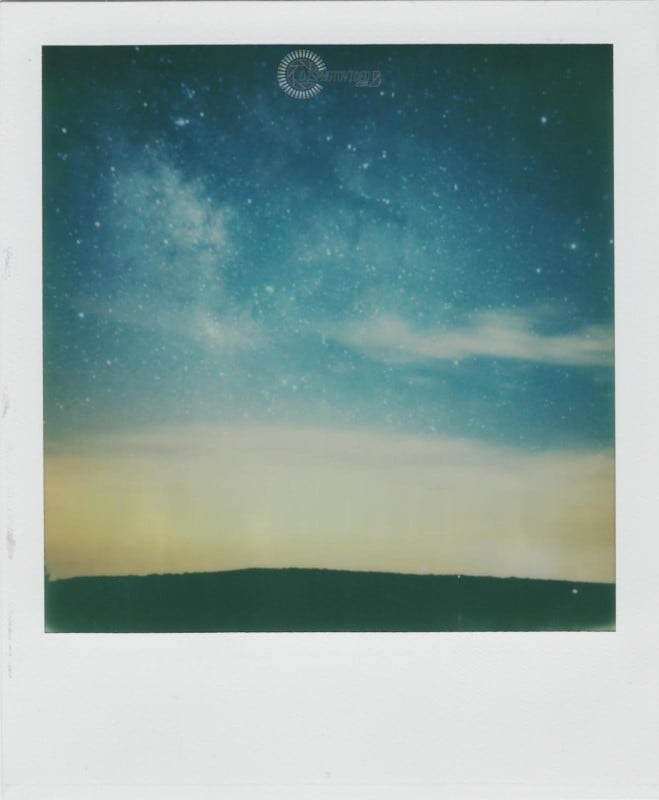 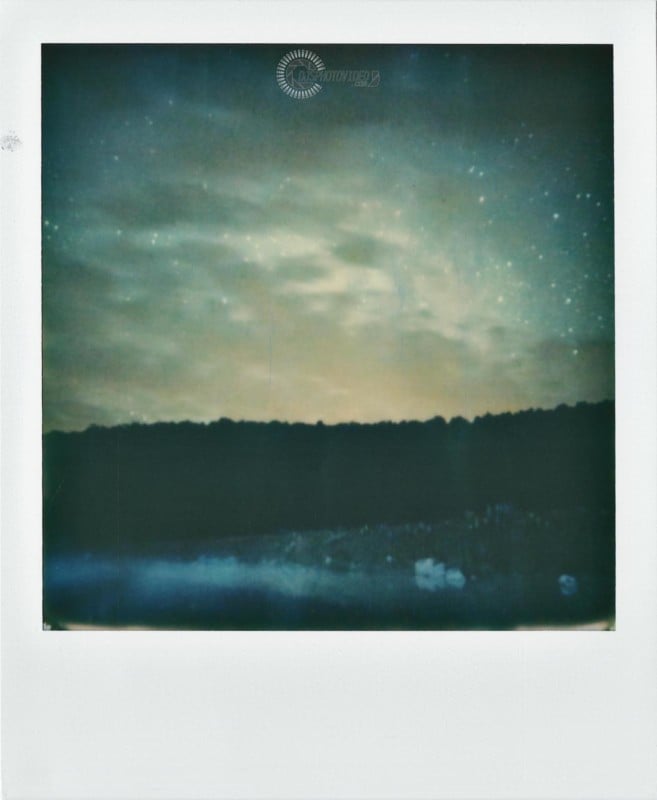 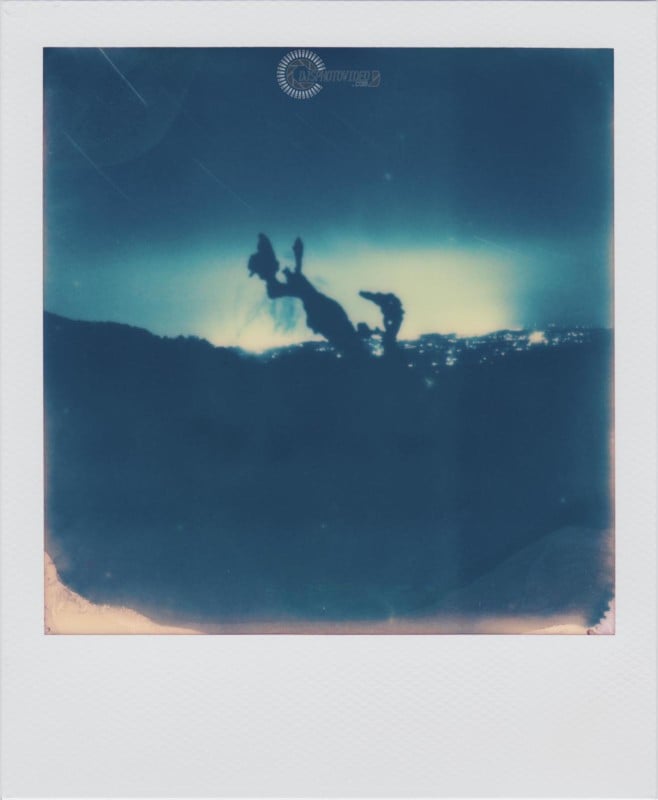 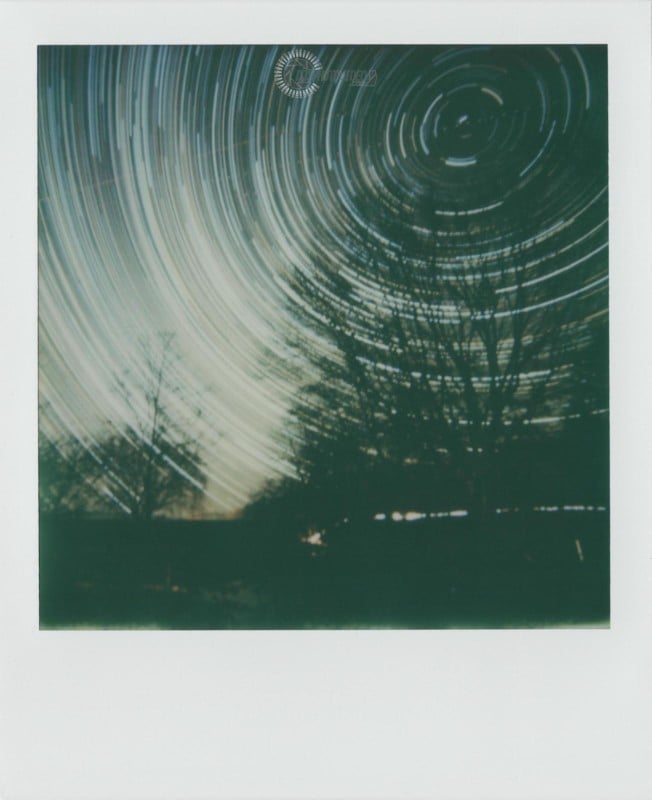 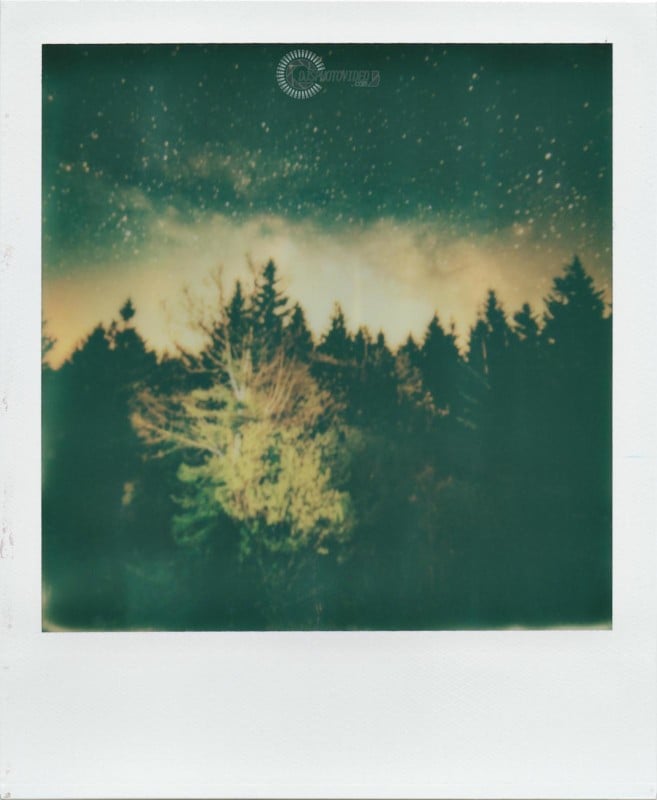 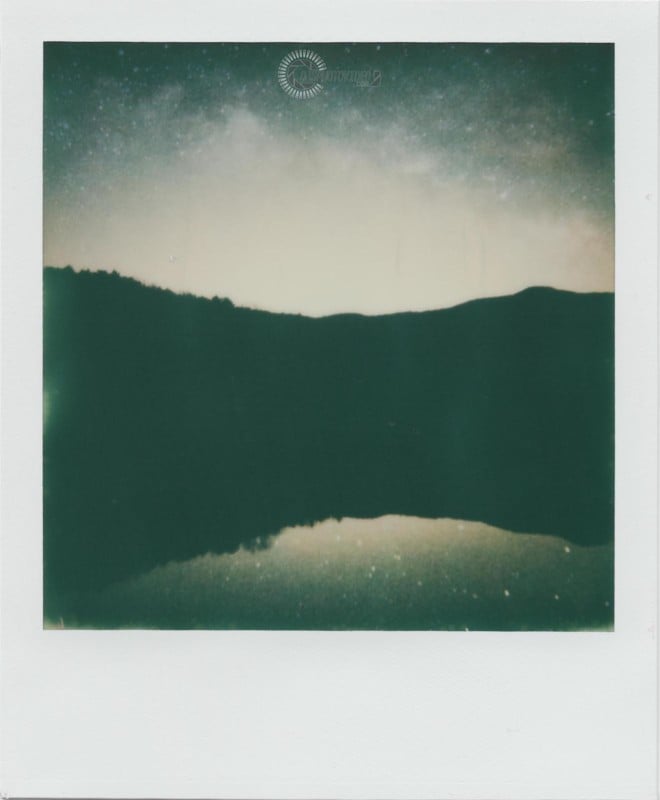 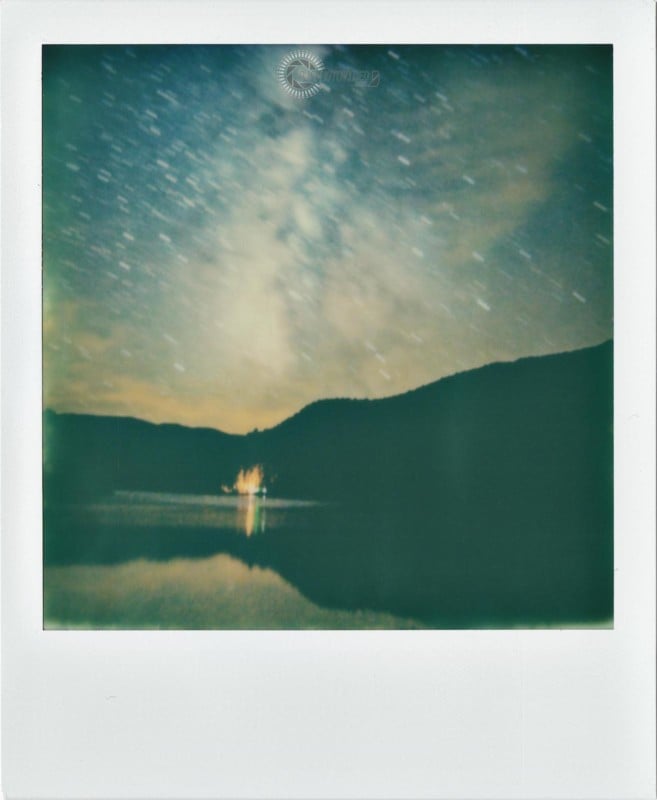 Image credits: All photographs by Daniel Stein and used with permission.