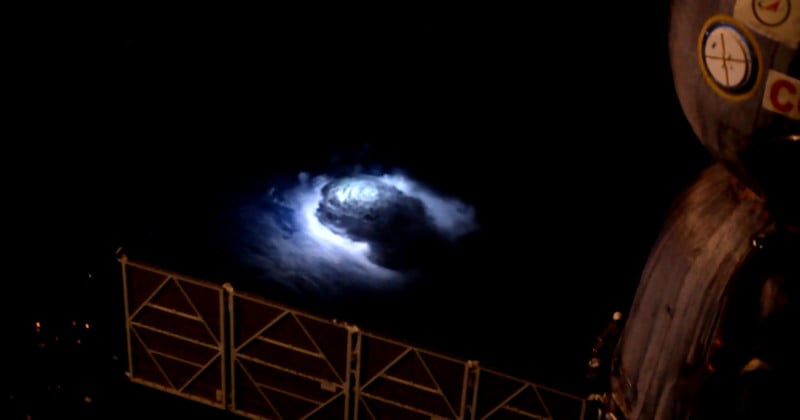 For years, airline pilots have reported seeing unusual lightning phenomenon that we don’t get to witness from the ground. Luckily for us, astronauts on the International Space Station have a perfect vantage point, and one of them did capture “blue lightning” while orbiting the Earth.

Back in 2015, ESA astronaut Andreas Mogensen was tasked with taking photos and video over thunderstorms using the most sensitive camera on the ISS. The goal was to catch phenomena such as blue jets and red sprites on camera:

After closely studying Mogensen’s footage, which was published in September 2015, Denmark’s National Space Institute has just confirmed that his footage contains 245 blue flashes, including one pulsing blue jet that reached 40 kilometers (~25 miles).

“The observations are the first of their kind and give a new perspective on the electrical activity at the top of tropical thunderstorms,” the Danish researchers write.

These latest findings show that the space station is a suitable location from which astronauts can observe these elusive weather phenomena.

“It is not every day that you get to capture a new weather phenomenon on film, so I am very pleased with the result,” Mogensen says, “but even more so that researchers will be able to investigate these intriguing thunderstorms in more detail soon.”

(via ESA via Engadget)