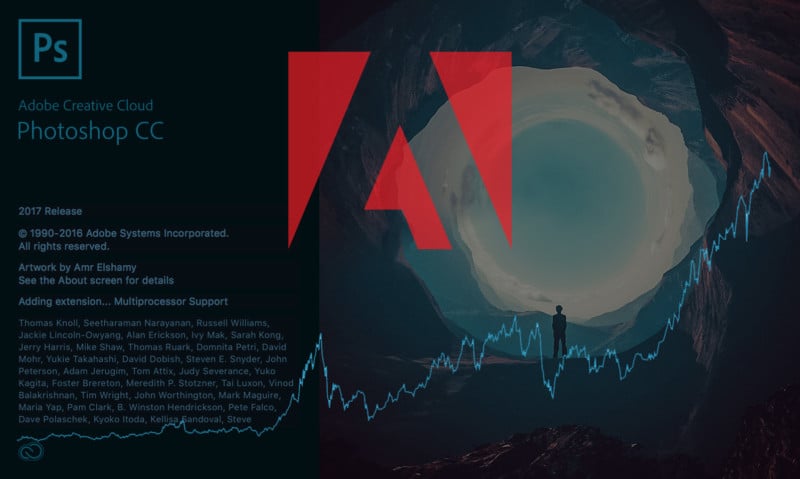 Adobe took a lot of crap from the photo community for switching to the Creative Cloud subscription model, but all of that criticism seems to have been worth it. According to the company’s recent earnings report, business is booming.

The company is on a crazy hot streak, reporting a whopping year-over-year revenue growth of 22%. In total, the company behind Lightroom, Photoshop, Premier, and many other applications photographers and cinematographers can’t live without pulled in a record annual revenue of $5.85 billion, up from $4.8 billion in 2015.

This graph shows Adobe’s stock price over time, courtesy of FindTheCompany.com. We’ve added a helpful arrow pointing to October of 2011, when Adobe announced its Creative Cloud subscription service, and another to May of 2013, when they announced they would no longer be releasing new versions of the Adobe Creative Suite. 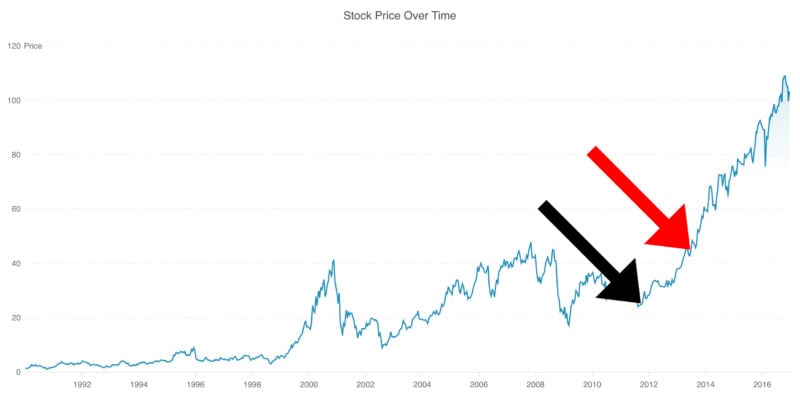 The stock has gone nowhere but up, and at pretty steep pace to boot. Everyone else might be posting memes about how bad 2016 was, but Adobe instead is saying things like this:

“Across our business, Adobe had a strong 2016 as we met or exceeded all of our key financial targets for the year,” Mark Garrett, Adobe executive vice president and chief financial officer, said in a statement. “We are uniquely positioned as a cloud provider to deliver both top line and bottom line growth.”

As photographers, we moaned, we complained, we wrote thinkpieces about how CC isn’t better or cheaper than CS… and then we bought Adobe subscriptions like they knew all along we would. I suppose congratulations are in order?